When the woman was disembarked, Southwest Airlines passengers applauded 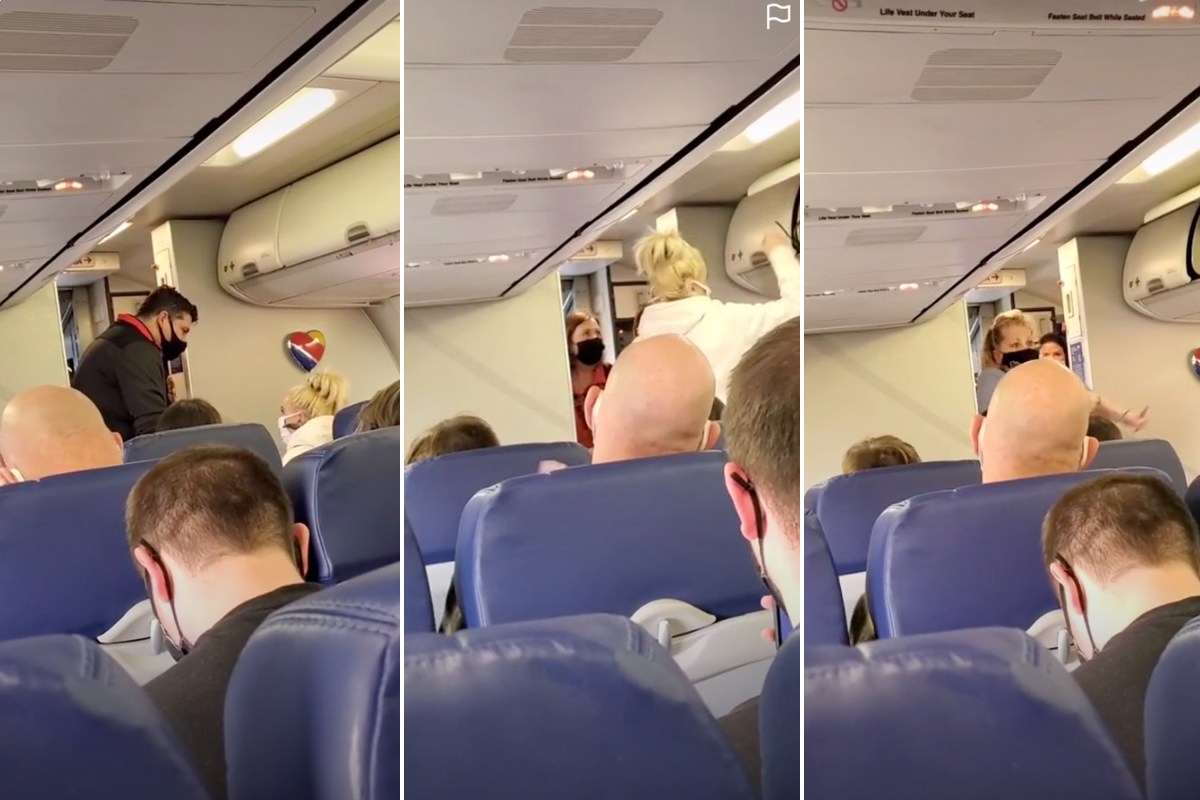 A video posted on TikTok showed that Southwest Airlines customers’ entire plane was applauding, and they expelled a woman accused of violating federal mask regulations.

In the clip released last week, a woman can be seen arguing with the crew in a few lines in front of the camera that she refused to wear a mask.

“It’s best to get out of the car,” a man murmured in the background, while the woman wearing a mask in the clip hysterically denied refusing to cover her face.

“You mean I wear a mask when I don’t comply?” She asked another person who couldn’t see the camera. “Are you telling them seriously, I didn̵

“You! Yes! Liar,” she screamed-but was soon overwhelmed by passenger boos and “goodbye” shouts.

Someone shouted “get off the plane.” When the woman got up and left, the crowd applauded. Before disembarking with her male companion, she threw them out using her middle finger.

“I hope you are single, buddy!” shouted a man on the plane.

After the woman left, another woman came out from behind where the stewardess was standing-dancing.

This video was posted by user B_elder56 five days ago with the title #karen.

A Southwest Airlines spokesperson said the airline was unable to provide information about the situation without knowing the date and flight number.