قالب وردپرس درنا توس
Breaking News
Home / World / Violence in Myanmar: At least 550 people have been killed by the military since the coup in February

Violence in Myanmar: At least 550 people have been killed by the military since the coup in February 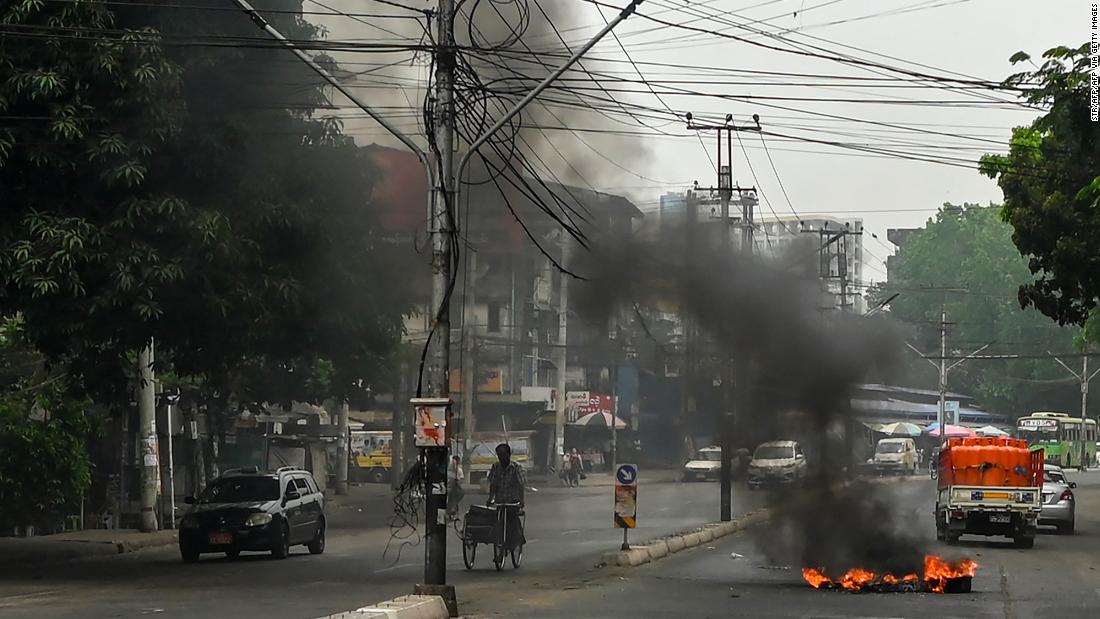 Witnesses said that security officials have responded to the barbarians’ objections and arrested thousands of people, including five arrested in Myanmar’s largest city, Yangon, on Friday.

The CNN team visited the “Ten Mile” bazaar in Insein Township, Yangon, and interviewed some local residents there. Among the interviewees, two women raised three fingers to protest the salute.

Witnesses said the two were arrested by a group of security officials within three to five minutes after the CNN team left the area.

Women work in a shop in the market. Sources close to them said they were taken to the Ribital Interrogation Center.

In another incident on Friday, the team interviewed residents of Mingaladon Market in Yangon. An eyewitness said that after the interview, a man and a woman were arrested and the other managed to escape.

Relatives of two Mingaladon detainees approached the CNN team and told them what had happened. Once the reporter left the area, she was arrested herself.

CNN contacted the Myanmar military for comment and informed them that the individuals had been released.

However, a source close to the detainee told CNN on Saturday that at least four men and women are still being held at the Shwe Pyi Thar Interrogation Center.

The Myanmar military government cut all wireless Internet services until further notice, which appears to be a joint effort to control communications and messaging in the Southeast Asian country.

After the government was overthrown by the military, pro-democracy demonstrators repeatedly paved streets across the country for two months.

Human rights group Human Rights Watch (HRW) said on Friday that since the coup, the military government has “forced the disappearance of hundreds of people,” including politicians, election officials, journalists, activists and protesters.

According to AAPP, as of April 2, at least 2,751 people have been detained. Among them are often night raids, including journalists, protesters, activists, government officials, union members, writers, students, civilians and even children.

A CNN spokesperson said on Saturday: “We are aware of reports of detention after our team visited Yangon, Myanmar yesterday.”

“We are urging the authorities to provide information on this matter and safely release any detainees.”