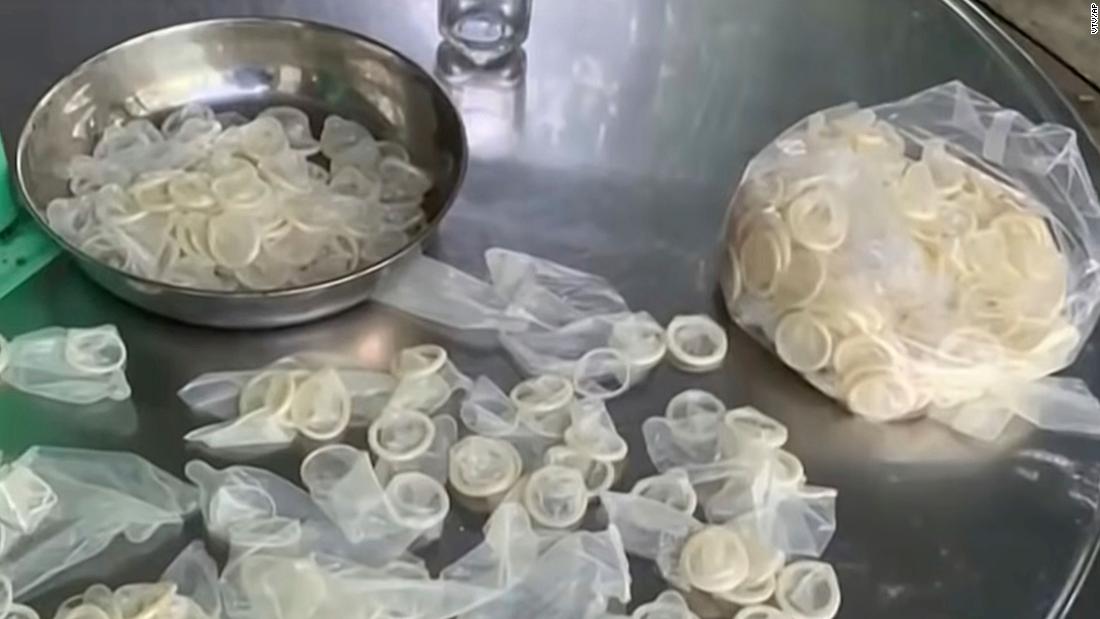 A video broadcast by state-owned Vietnam Television (VTV) this week showed dozens of large bags containing old contraceptives scattered on the floor of a warehouse in Binh Duong province in the southern province.

The official newspaper Tuoi Tre reported that the owner of the warehouse said they “received a monthly message about a condom used by a stranger”.

A woman detained while half-length told the police that the precautions used were first boiled in water, then dried and reshaped on a wooden penis, then repackaged and resold.

VTV said that it is not yet clear how many recycled condoms have been sold. The detained woman said that for every kilogram of recyclable condoms she produced, she would receive $0.1