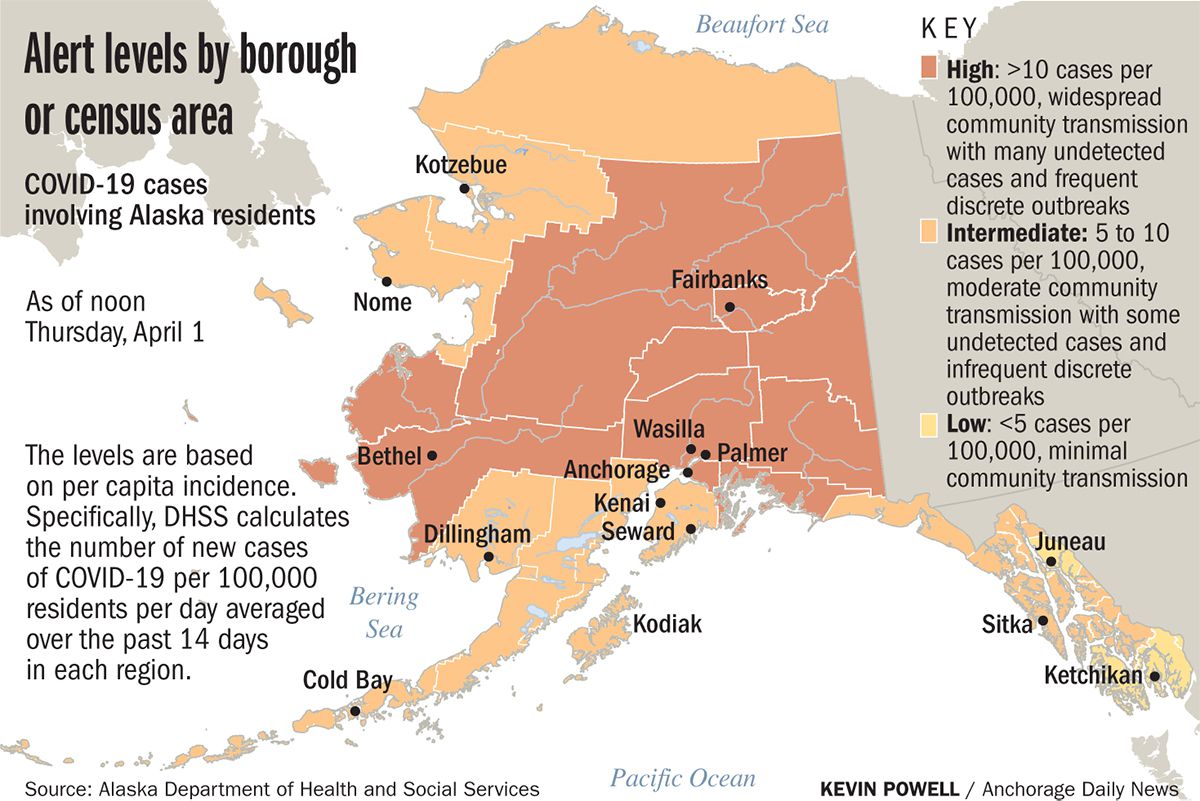 We will provide this important information without subscribing to public services. But we rely on the support of our readers to complete this work. For the first month of subscription, please consider supporting independent journalism in Alaska at a price of $1.99.

Overall, the number of cases and hospitalizations in Alaska is still lower than the peaks in November and December. However, the average daily medical record rate in Alaska is now increasing. Based on the current per capita infection rate, many areas of the state are still in the highest alert category.

This month, Alaska became the first state in the country to open vaccine eligibility to all people 16 years and older who live or work in the state. You can visit covidvax.alaska.gov or call 907-646-3322 to make a vaccine appointment. New appointments are added regularly. The telephone line works from 9 am to 6:30 pm on weekdays, and from 9 am to 4:30 pm on weekends.

Till Thursday, According to the state’s vaccine monitoring dashboard, 249,651 people (at least 41% are eligible for injection) received at least the first dose. At least 172,468 people (approximately 29% of Alaskans 16 years and older) have been fully vaccinated.

As of Thursday, there have been 34 confirmed or suspected COVID-19 cases in hospitals across the state, far below the peak at the end of 2020.

Of the 231 cases found among residents of Alaska on Thursday, 94 in Anchorage, 7 in Chugiac, and 9 in Eagle River; 34 in Wasilla; 21 in Palmer; 10 in Fairbanks; Seward has seven; the Arctic has five; the delta junction has four; two on the great lake; two on the willow tree; two on Nome; two on Valdez ); There are two in Kenai; two in Soldotna; one in anchor; one in Kodiak; one in Xili; one in Kotzebue; Juno One; one in Petersburg; one in Unalaska; and one in Chevak.

A non-resident case was also reported in an unidentified area of ​​the state.

Although people may undergo multiple inspections, each case reported by the national health department represents only one person.

The state’s data does not specify whether people who have tested positive for COVID-19 have symptoms. According to estimates by the Centers for Disease Control and Prevention, more than half of the infections in the country are spread by asymptomatic people.

Of all the tests completed last week, 3.08% returned to positive.