Tracking COVID-19 in Alaska: 126 new infections and no deaths were reported on Monday 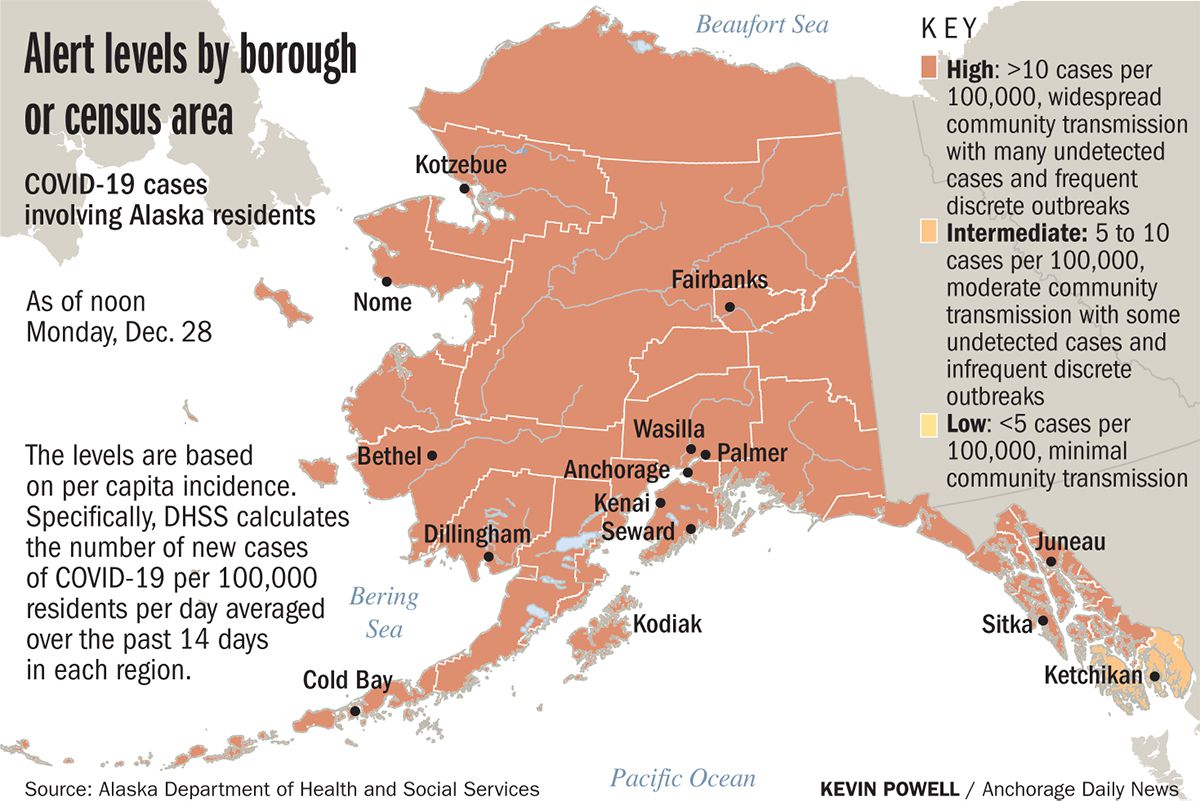 We will provide this important information without subscribing to public services. But we rely on the support of our readers to complete this work. For the first month of subscription, please consider supporting Alaska’s independent journalism at a price of $1.99.

This is the lowest daily number of cases since October 7, when 123 were reported. Hospitalization related to the coronavirus is also declining.

After experiencing a surge from November to early December, the number of reported cases in recent weeks has shown a downward trend. In the past six weeks, half of the virus deaths in Alaska have been reported. Health officials said that Anchorage’s one-month slump played a role in the region’s decline, and people across the state took voluntary action.

No virus-related deaths were reported on the status panel on Monday. Since the outbreak of the pandemic in March, 199 Alaskans and one COVID-19 nonresident have died. Alaska’s total death rate per capita is the lowest in the country, but officials say the state’s vast geographic location and fragile health care system make it difficult to compare with other states.

According to the state’s vaccine information website, as of Monday morning, 12,202 Alaskans had been vaccinated, which is slightly behind real time. The state’s vaccine distribution committee will accept public comment on Monday.

As of Monday, 70 Alaskans with COVID-19 had been hospitalized, and 6 others were suspected of being infected with the virus. In Alaska hospitals, nearly 9.5% of adults suffer from COVID-19.

In the past few weeks, hospitalization rates across the state have declined. In Anchorage, the most ill patients are often treated. On Monday, there are 24 intensive care units out of 74 beds.

Among the 124 infections reported by residents of Alaska on Monday, 62 were in Anchorage, 3 were in Chugiak, and 4 were in Eagle River; one in Kenai and one in Nikki ( Nikiski and one in Soldotna, two in Kodiak; five in Fairbanks, two in the North Pole; Palmer has 13 and Wasilla ) There are 19; one in Nome; three in Utcagvik; one in Kotzebue; one in Juno; one in Bethel; and an unidentified community.

In less than 1,000 unnamed privacy-protected communities, a case occurred in the Tonghe area. One in the Yukon-Koyukuk Census District; one in the Bethel Census District.

Two cases have been reported among non-residents of Anchorage.

Although people may undergo multiple inspections, each case reported by the national health department represents only one person.

It is not clear how many people have tested positive for the virus and showed symptoms. The Centers for Disease Control and Prevention estimates that about one-third of COVID-19 patients are asymptomatic.

As of Monday, the statewide test positive rate was 4.44% of the 7-day average. Health experts say that any value above 5% may indicate insufficient testing and the potential range of community transmission. The state reached a peak of over 9% of the positive test rate in mid-November.

Coronavirus in Oregon: 877 new cases, 22 deaths as the state is preparing to vaccinate teachers