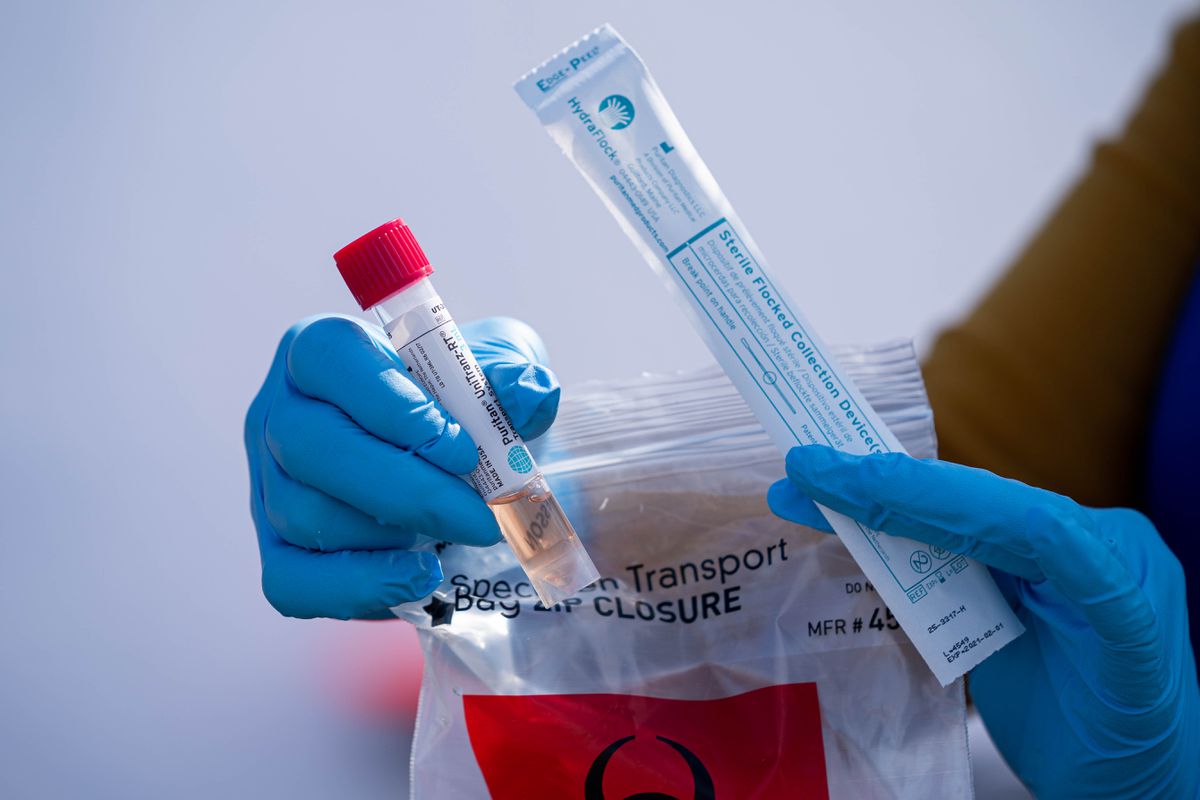 The updated COVID-19 tracking graphic will be added to this article immediately.

According to the Department of Health and Social Services COVID-19 dashboard, Alaska reported 1 death and 447 new COVID-19 cases on Saturday.

National data shows that an Anchorage resident died of the virus. It is not clear when the death occurred.

Since the beginning of the pandemic, a total of 82 Alaskans with the virus have died, and Alaska’s per capita mortality rate remains the lowest in the country.

The total number of new daily cases on Saturday was 447, the second highest since the pandemic began, and the daily triple-digit increase for more than a month, including a record 526 cases reported last Sunday.

Of the 440 new resident cases reported by the state on Saturday, Anchorage had 229 cases, Eagle River had eight cases, Chugiyak had four cases, and Gildwood had one case. 35 in Fairbanks; Kenai Island 20; 14 in Chevak; Wasilla 12; Juno 11; 10 in Bethel; 10 in Soldotna; Palmer eight; Kodiak eight ; There are four in the five four-pound North Pole in Kozeb; three in Nikiski; three in Sitka; two in Homer; two in Utcagvik; two in Hooper Bay ; One in Valdez; one in anchor; one in Seward; one in the delta junction; one in Tok; one willow tree Douglas family; one in Ketchikan;

Among the less than 1,000 unnamed privacy-protected communities, the Bethel Census District has 23 resident cases; four in the Nome Census Area; three in Bristol Bay, and the Lake District and Peninsula District; the Northwest There are two Arctic areas; two census areas in the Yukon Territory; one in the northern part of the Kenai Peninsula borough; and one in the North Star Borough of Fairbanks

Seven non-resident cases were also reported on Saturday: 3 in Anchorage, 1 in Fairbanks, 1 in Dillingham, and 1 in Bristol Bay and the Borough of Lake and Peninsula. One case is unknown. .

The state’s positive test rate continued to rise, reaching 7.3% of the seven-day rolling average last Friday. Health officials say that a positive rate of more than 5% may indicate a high rate of community transmission and insufficient testing.