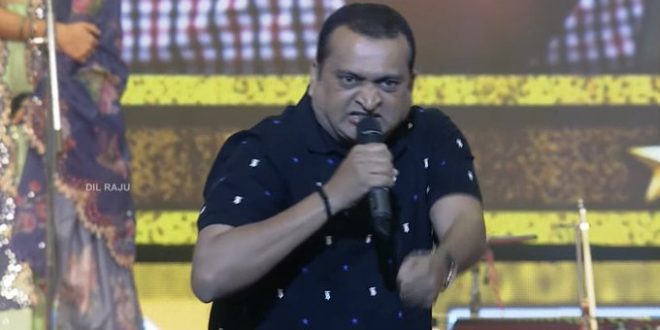 The blockbuster producer Bandla Ganesh needs no introduction. He is not only an actor and producer, but also known as a “Pawan Kalyan fan”. Bandla Ganesh usually entertains movie lovers by giving speeches at movie festivals. If this is a movie starring Pawan Kalyan, then Bandla Ganesh will never end. Once again, he gave an exciting speech at the pre-release event of Vakeel Saab.

Not only that, Ganesh recalled an incident where a friend of his commented on Pawan’s attitude.

Ganesh recites the Sanskrit Slokas and brings some mythological and historical references to praise Pawan Kalyan.

Bandla Ganesh praised Pawan Kalyan, who directly contributed to the welfare of 1,200 families through filming. He supports Pawan’s decision to return to the cinema. Ganesh also uses words such as “Lafoot” and “Loafer”, which people usually don’t use in public speeches.

Ganesh concluded his speech and said: “My name is Bandera Ganesh, and my God is Pawan Kalyan.”

Throughout the speech, people could see Pawan having fun and laughing loudly. Although Pawan is wearing a mask, we can easily see that he likes Ganesh’s speech.

Later, Pawan told him in his speech that he could not speak like Ganesh.

Vakeel Saab is directed by Venu Sriram. Dil Raju is the producer of the film. The movie will be released on April 9.