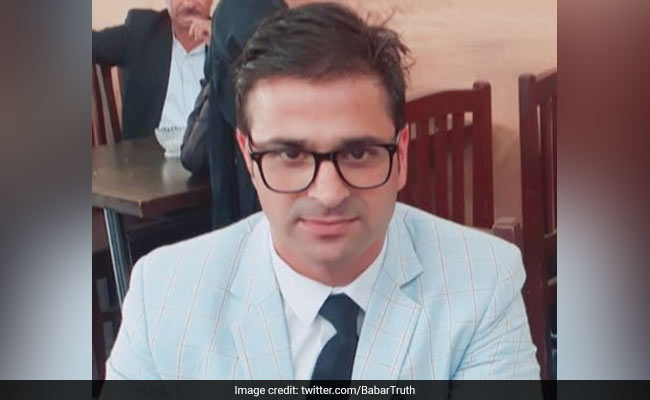 A few days ago, Babar Qadri asked the police to file a lawsuit against Facebook users

The police said that a 40-year-old lawyer was shot and killed in his house by a suspected terrorist in Srinagar today. Lawyer Babar Qadri (Babar Qadri) is a frequent guest of television news debates and once wrote articles in local newspapers. The police said he was hit by a bullet.

Just three days ago, he posted a screenshot on Twitter and asked the police to file a lawsuit against a Facebook user on the grounds that the user conducted a “wrong campaign” against him.

In the last tweet, Mr. Kadri wrote: “I urge the National Police to register the FIR for this Shah Nazir who spread the wrong campaign for my work for various agencies. Untrue statements may threaten my life.”

I urge the State Police to register this Shah Nazir with FIR. Shah Nazir spread the wrong campaign that I worked for an agency. Such untrue statements may threaten my life. @ ZPHQJammupic.twitter.com/utkurYpRzk

The police said the attacker fled after firing and added that he had been taken to SKIMS Hospital and the doctor announced that he was dead.

Mr. Kadri is the second public figure to be shot and killed by terrorists in the past 24 hours. Bhupinder Singh, the chairman of a block development committee in Budgam district, was shot and killed on Wednesday night.