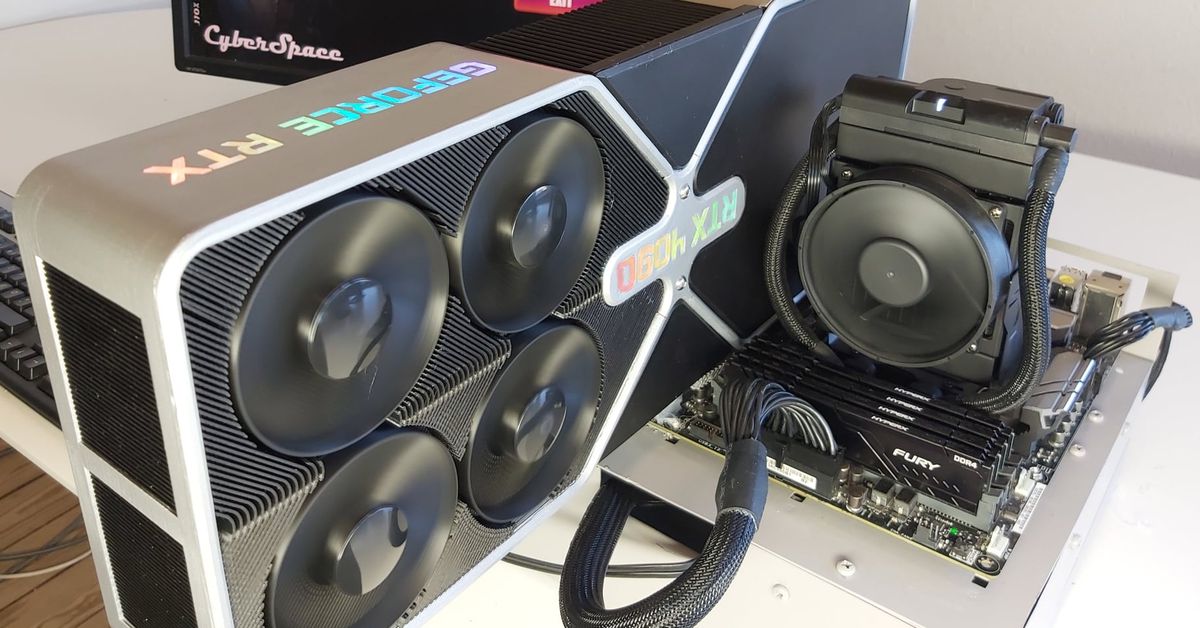 April Fools’ jokes are usually lame without any actual effort, but 20-year-old Kasper Andersen hopes to release Nvidia’s RTX4090 in 2021. Danish hardware enthusiasts like to create homemade copies of retro graphics cards, but his latest RTX 4090 project envisions the future of Nvidia’s cards using 1000 watts of power, a 12-fan design, and 48GB of VRAM.

The video is a work of art, with subtle details such as two power cords, RGB lighting or an absurd GPU benchmarking tool that can record more than 23,000 frames per second. My personal favorite is that when the entire PC is turned on and the desktop starts to shake, the Pepsi Max will roll down, and then the test bench will swing by itself and hit the monitor. It was purely a kiss from the chef.

If that is not enough, please wait until Andersen launches the RTX 4090 Ti flagship product, which has eight GPUs in SLI and “occupies only four PCIe slots.” Andersen also created a similar video for Intel’s Xe gaming GPU. It includes a GPU to CPU switch at the top, “it allows you to use the card as a motherboard”. There are more interesting videos and projects on Andersen’s Captain’s Workspace website.

Andersen’s mischief will not make the RTX 4090 more real than the RTX 3080, which is constantly out of stock. However, if you are still trying to install a new GPU, hope this video will put a smile on your face when you deal with scalpers, stock notifications and completely uncontrollable GPU prices.