There are 5 new COVID-19 cases on Friday 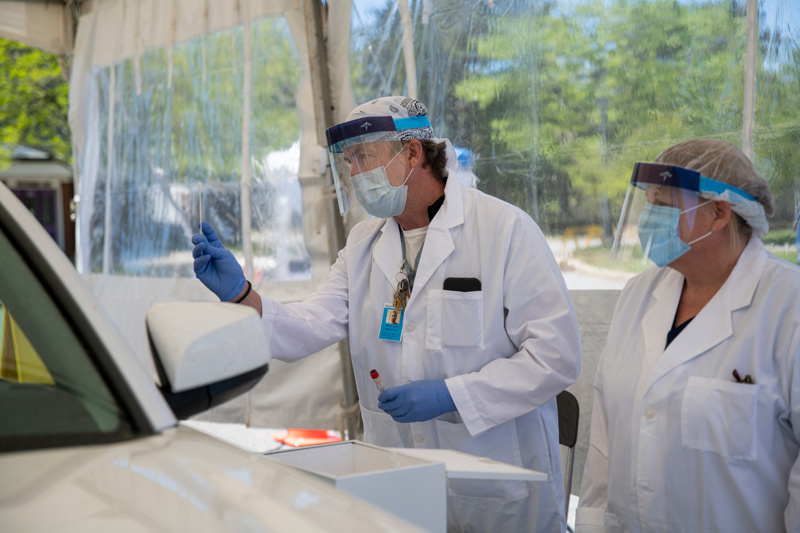 Since Monday, 5 new COVID-19 cases have been reported on Friday, and there have been 19 new cases since Monday, as the virus-positive tests on Martha’s Vineyard continue to increase.

According to reports, during the long weekend earlier this month, a crowd related to the wedding gathered and the number of cases on the island rose steadily.

Of the 107 confirmed COVID-19 cases on the island, 88 are no longer symptomatic and have been quarantined, but the most recent 19 cases are being monitored by public health officials.

7;s cases (42% of vineyard cases) have been linked to another person.

Since testing began in March, Martha’s Vineyard Hospital has tested 6,200 patients. Of these, 59 tests are positive, 6,104 tests are negative, and 37 are pending results. The hospital also reported two hospitalizations this month-both have been discharged. In April, The hospital transferred three COVID-19 positive patients to outlying islands. At that time, a hospital spokesperson stated that one of the patients died in Boston “due to unproven medical complications related to COVID-19.”

TestMV has conducted 45 positive tests on 18,584 people, 17,842 negative tests and 697 pending results. The town of Aquinnah has tested 305 people. Among them, 301 tests were negative, and there are 4 pending results.

The Martha’s Vineyard Health Department has confirmed three more cases, bringing the total number of confirmed cases on the island since March to 103.

Because hospitals, health bureaus, and the town of Aquinas all report their data at different times of the day, and because people are testing at multiple sites, it may be difficult to calculate accurate numbers. In addition, because some patients are tested in the hospital and passed TestMV, the number of confirmed cases and the total number of cases from each test site cannot be totaled.

The Health Commission is also reporting possible cases. The total number of putative positives on this island is 24. Among them, 21 were positive antibody tests, and three were symptomatic positive.

When the total number of cases seen this week in Massachusetts competed with April and May during the pandemic, new cases emerged on the island. Last Friday, the state reported 1,488 new cases — more than 1,000 for the fifth consecutive day since testing began — a total of 153,229 cases. The state also continues to see COVID-related deaths, with 23 new deaths on Friday since the beginning of the pandemic, for a total of 9,750 cases.