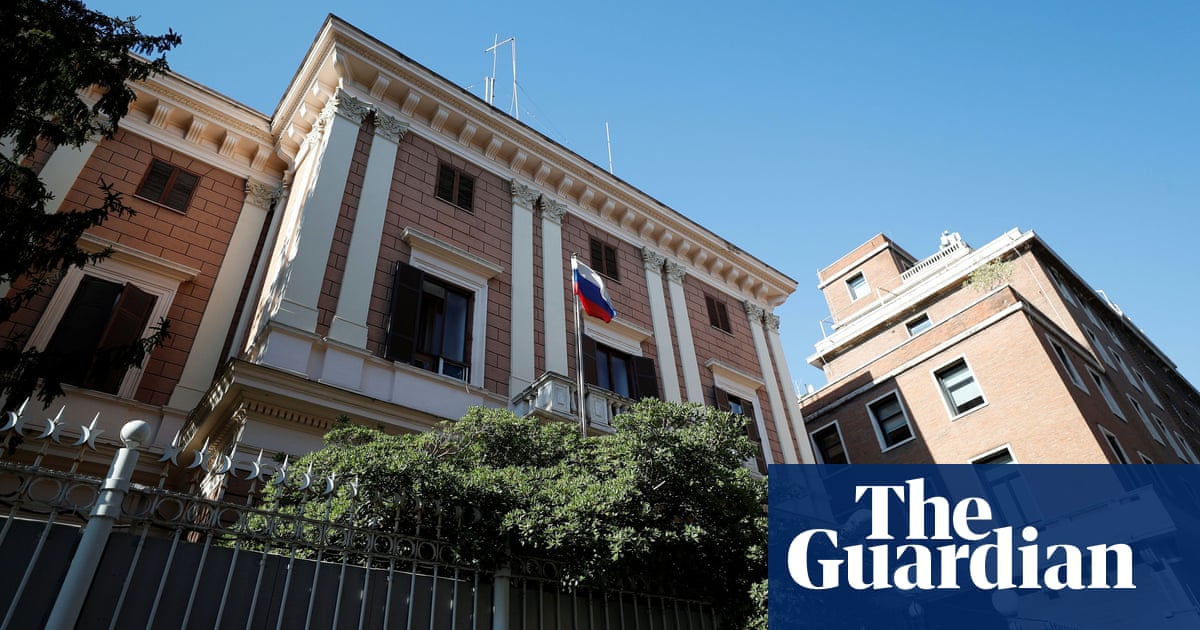 The wife of the Italian navy captain was arrested this week on suspicion of handing over classified documents to Russian officials. He said her husband must have been “out of despair.”

After the Italian Ministry of Foreign Affairs ordered the expulsion of a Russian military official and another official suspected of involvement in the espionage case on Wednesday, tensions between Rome and Moscow increased.

The captain of the Navy was called Walter Biot (Walter Biot) by the Italian media and was arrested on Tuesday night after the police arrested him. He allegedly handed over classified documents to an employee of the Russian Embassy officer in exchange for cash.

She told La Stampa: “If he takes the money, then he is desperate.” “He is not a traitor… If he makes a mistake, then he will make a mistake because we have a heavy debt. We have four. Children, one of them is sick, and the expenses will never stop.”

According to reports, Bio, 55, told the police after his arrest that he was heavily in debt and gave birth to a child with health problems.

According to reports, the meeting on Tuesday night was held in a shopping mall parking lot in Rome, where Bio allegedly received 5,000 euros (£4,200) in cash in exchange for documents allegedly from the Italian Ministry of Defense. As soon as the money was exchanged, it was seized by the police.

After Italy’s internal intelligence and security agencies stated that there was a relationship between the navy captain and Russian officials, suspicion of spying began about four months ago. Allegedly, Biot received 40,000 euros for selling “top secret” NATO documents and sensitive Italian military files.

Italian Foreign Minister Luigi Di Maio told the Senate on Wednesday that the so-called exchange was an “extremely serious act of hostility.” He did not clarify the alleged role of the second Russian official.

The Russian Ministry of Foreign Affairs issued a statement stating that it will further announce “the next steps we may take regarding situations that are not in line with the level of bilateral relations.”