The video captures the moment the suspect was dragged out 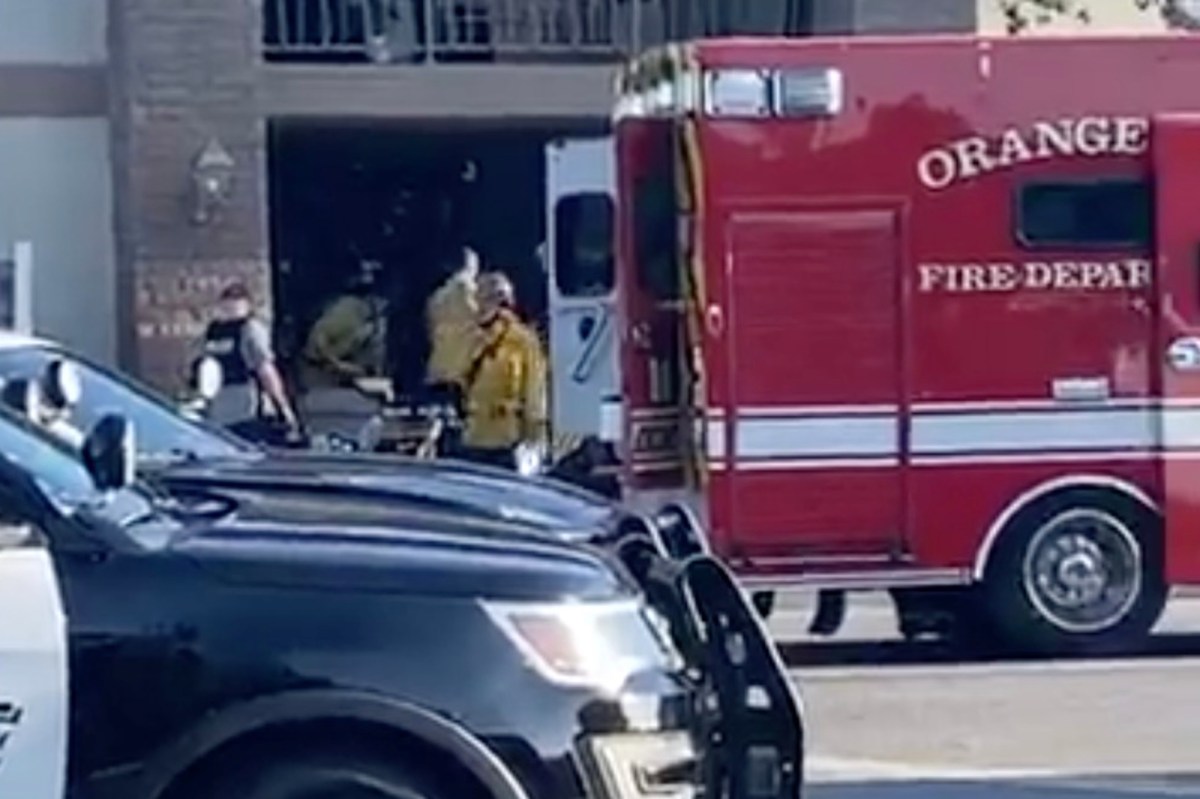 The dramatic video taken by bystanders captured the moment when the police dragged the gunman in a mass shooting from an office building in the suburbs of Los Angeles.

According to a Facebook Live video released by Newsweek, “Look at all the blood,” said the person behind the camera, because he saw a group of policemen evacuating the suspect from the two-story building in Orange.

Officials said earlier on Thursday that four people, including a child, were killed and a fifth person was seriously injured in the riots.

When the police faced him, the gunman was seriously injured and was then taken to the district hospital. Officials said it is not clear whether he was shot by the police or injured.

In a Facebook Live video that lasted for nearly an hour, the suspect was motionless, prompting users to speculate that the gunman was dead because a kitchen knife flew over his head and an alarm was heard in the background.

Police Lieutenant Jennifer Amat told reporters that when the police responded, they were still shooting.

The identity of the victim was not immediately released.

Emmet said that a gun was found at the scene, but she could not tell the type of gun, the specific business of the shooting or the age of the child victim.

The Orange Police Department said in a post on its Facebook page: “The situation has stabilized and there is no threat to the public.”

Officials said that more information will be released at a press conference at 10 am local time.

On March 22, 10 people were killed in a shooting at a grocery store in Boulder, Colorado. Less than a week later, a man shot and killed 8 people in a hot spring in Atlanta, Georgia, including 6 Asians. Asian women.