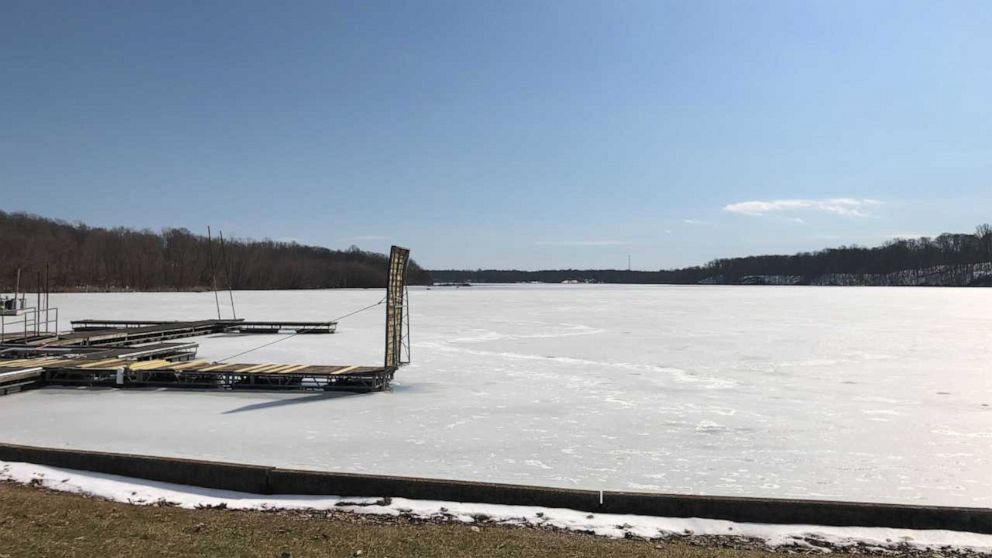 Authorities said an officer who responded to the rescue mission also died.

Officials said a teenage girl died when she saved her brother when they both fell into a frozen lake in Ohio.

Authorities said an official who responded to the drowning incident also died.

According to the Ohio Department of Natural Resources, the 1

6-year-old girl and 13-year-old boy fell on the ice near the dock at Rocky Fork State Park in Hillsboro on Tuesday night. The 911 call is sent at approximately 6:30 pm

According to Lieutenant Colonel Brandon Jackman, the girl had been frozen when Paint Creek combined with EMS and the fire district arrived. He said that the water temperature was 36 degrees.

Authorities said the boy was taken to the hospital and was in stable condition, but his sister recovered from the diver’s unresponsiveness. The authorities have not publicly confirmed her identity.

Jackman told WCPO, a member of the ABC in Cincinnati: “She gave in first, and then she gave in.”

The department said that at the scene, Ohio Department of Natural Resources official Jason Lagore (Jason Lagore) had a medical emergency and was taken to a local hospital where he was pronounced dead. It did not provide detailed information about the medical emergency.

Lagore, a 15-year veteran of the department, established the first K-9 academy and led the K-9 training program for parks and seaplanes.

Mary Mertz, director of the Ohio Department of Natural Resources, said in a statement on Wednesday: “Our hearts are with the family and loved ones of police officer Jason Lagor, who died on mission last night.” The burden of responsibility is challenging, and we are deeply grateful for their services. “

On Wednesday, Ohio Governor Mike DeWine ordered flags to be placed on public buildings and grounds in Highland County and several other places to “commemorate his life and service.”

The day after the fatal incident, Jackman sent a message to Ohioans.

He told WCPO: “Don’t skate on the ice.” “This caused a very bad tragedy last night.”