The survivor tells of the terrorist escape of Mozambique terrorists 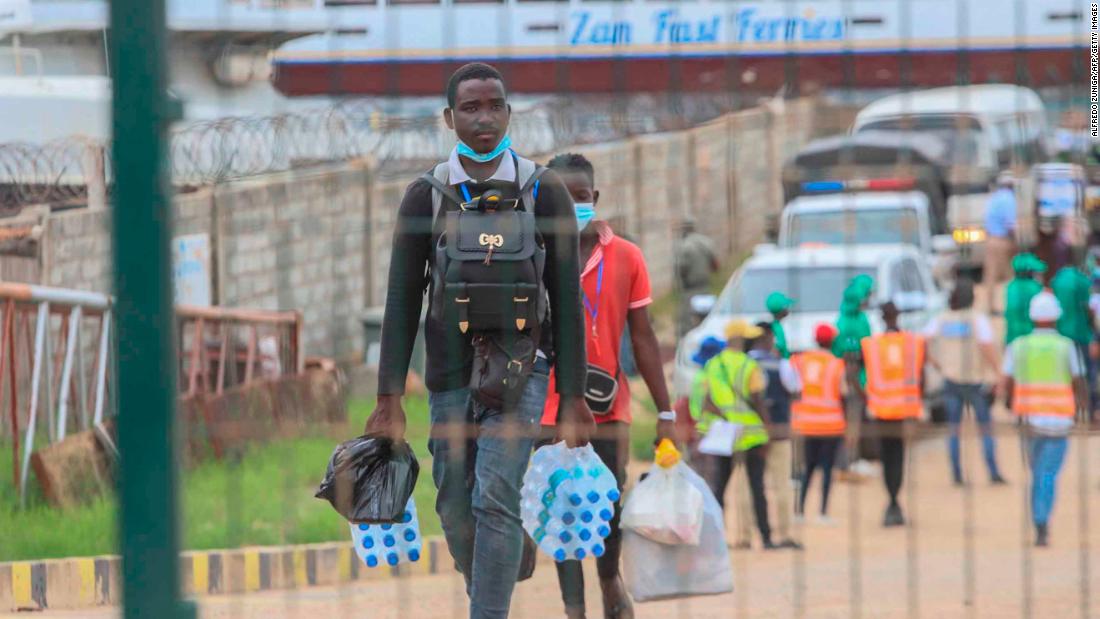 There are more reasons unknown.

Andre (Andre) is a foreign contractor, because of fear of being affected, he did not want to reveal his real name. The memories of his three-day ordeal were etched in his mind.

He and his team have been working in a large complex operated by the French oil company Total a few miles north of Palma.

Early that afternoon, when he heard the gunshots for the first time, he had just finished taking a shower at the Amarula Hotel. This hotel is one of the few hotels in the area and is popular with contractors.

Al-Shabaab has carried out a brutal campaign in the northernmost province of Cabo Delgado in Mozambique for four years, but until now, almost all of its attacks have targeted the villages, the Christian population and security forces in the province.

As other foreigners residing or living in Palma began to arrive at the hotel to find a place to stay, things began to fall apart quickly.

Soon after, the militants destroyed a local cell phone tower and communication was interrupted.

Inside the hotel, guests and staff do everything they can to avoid attracting insurgents to the hotel. All services, including food preparation, were suspended, and the power supply was cut off to reduce noise.

“We worked hard all afternoon to ask for help,” Andre said. Some guests using satellite phones will call anyone. However, with the rapid overspending of the local army, which was not achieved with the help of the Total Complex, dozens of foreigners and Mozambicans began to shrink and pray for them to stay up late.

He recalled: “We spent the night under the fire.”

The audio and video obtained by CNN from someone in the hotel told a frightening scene, and there were bursts of gunfire overnight.

The next morning, the first helicopter started circling in the air in Palma, some shot at the insurgents, and some kept a few safe.

Andre said: “Some DAG helicopters came and attacked the rebel positions near the hotel.”

DAG chief executive Lionel Dyck said in an interview with CNN on Tuesday that his staff realized that someone was running around in the hotel while someone was “flying around, looking for terrorists.”

Dyke said: “One of my pilots in the afternoon landed at the hotel in the field and told them he would take people out.”

Andre said: “A helicopter has carried out four trips, and each trip rescued six people, a total of 24 people.” “We chose the disabled, the sick, and the elderly, and let them go first.”

But dozens of people were besieged.

Andre, 50, is one of the next six people to be rescued. But he said that the DAG chopper did not come back that day.

He said: “The last helicopter was at 14:30. At 15:30, we realized that they hadn’t come back.” “We kept calling, but on the other side, we were told that the helicopter had gone to refuel.”

In an interview with CNN, Dyke explained that daylight is the main problem. “[My pilot] He said it took 20 or 22 people out. It’s too dark, we must get out of the car.

Dyke said their crew was still flying to Palma and rescued civilians nearly a week after the rebels first arrived.

Andre faces another night, wondering if the terrorists will occupy the hotel.

He said: “All these times, the bullet flew overhead and hit a tree. We could hear the sound of an explosion nearby. It was really scary.” “When we realized that we had to stay in the hotel for another night, the situation It’s more chaotic.”

The food supply is insufficient, and there are no signs of the Mozambican army or police.

Andre said: “We tried to ask for help at all costs. Each of us called their contacts, no matter who they were, but on the other end of the phone, everyone was unable to help.” “That’s too bad. Up.

He said: “We heard them shouting to Allah Akbar all night (Allah is awesome, in Arabic).” “But we managed to solve this problem; the next morning, everyone was still alive.”

He still does not understand why the insurgents did not attack the hotel.

He said: “The reason we weren’t killed is because they didn’t want to kill us.” He said: “They were in the hotel and they might shoot us if they wanted.”

At the beginning of Friday, Andre and the rest of the guests began to think about how to escape. “We are debating whether to stand still, waiting for them to attack us like lambs and kill us, or whether we should fight for it.

“We realized that we couldn’t stay there.”

Assembled a fleet of 17 vehicles.

Andre explained: “The first car in this column is an armored car. In that car, we put all the women and children in it. This is the front of the convoy.” “Follow that car. It’s me.”

Andre prepares to pick up the plane. About 25 people were crowded in the car, some of them clung to the roof.

In the afternoon, the convoy rushed partly for safety and headed north towards Tanzania.

“When we left the hotel, there was no immediate fire. I think they were surprised. They didn’t expect us to leave in this situation.”

But a few minutes later, the convoy was ambushed.

Andre said: “As we walked on the dirt road, the gunfire started.” “One kilometer later, I felt the grazing grounds against the waves, but luckily they didn’t hit me.

Andre added: “Another 500-meter long armored vehicle was hit by a bazooka. It shook a bit, but still managed to move on.”

Then he was hit-a bullet penetrated the car door and hit his leg.

“There is blood everywhere,” he said, his voice trembling. “I asked the person next to me to hold the steering wheel, but I still managed to drive another three kilometers with just one leg.”

Along the way, they saw the corpse in the middle of the road. “I didn’t count, but there are many.”

“My legs are ruined”

Andre and the other convoy drove north until they reached a fishing village near the Tanzanian border, and did not stop until Andre almost fainted due to blood loss.

It was not until they reached the beach that the team realized that many vehicles did not drive into the beach.

Andre explained: “Of the 15 cars, only 8 made it to the beach. Other cars fell behind.”

A week later, many of the crew members of the convoy were still missing.

The Mozambican Defence and Security Forces (FDS) responded to the attack and said it regretted that “a group of citizens who rushed into the convoy and left the hotel had died.”

Dyke said they told the people who stayed in the hotel that they would be there the next morning, but the occupants decided to add a tip for this.

“They decided not to wait-maybe they have better news, but we know that the terrorists are outside, we have shot some of them, and they are fighting us from the outside.”

The organization was eventually picked up by a small boat and brought them to Afungi in the south. After Andre was airlifted to a hospital in South Africa.

He faces more operations and long-term recovery. Despite the ordeal, Andre still plans to return to Mozambique.

“Mozambique is a beautiful country. The problem, like many other places in the world, is everything else.”