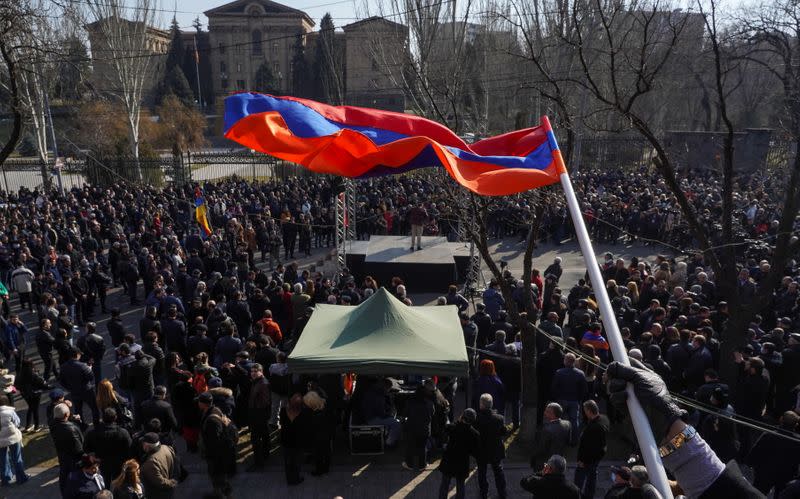 Yerevan (Reuters)-Armenian President Amy Nicolas Sarkosian refused to expel the head of the country’s armed forces on Saturday, intensifying the confrontation between Prime Minister Nikolai Pasinyan and the army because Pasinyan said This is an attempt to launch a coup to get rid of him.

Pasinyan disbanded Chief of Staff Onik Gaspayan on Thursday, but his dismissal requires formal approval from the president-the president rejected the move as unconstitutional and said that the military should be excluded from politics.

After the announcement of the Presidential Palace, hundreds of opposition supporters gathered in the capital Yerevan to express their cheers and applause for Sachsian’s decision.

7;s move and issued a statement on Facebook saying: “This decision will not help resolve the current situation at all.”

Gasparyan has not yet publicly commented on the coup allegations.

Critics say that the government last year dealt with a six-week bloody clash between Azerbaijanis and Armenians in the Nagorno-Karabakh region, and the military called for resignation.

Pashinyan has faced appeals to withdraw before, but this is the first time the military has publicly asked him to resign.

Presidential spokesperson Zoya Barseghyan told Reuters that Pahinyan has the right to send the decree back to the president for the second time. At that moment, Saxian should sign the decree or send it to the constitution. Court.

Pashinyan said he will resubmit the decree.

If Sarkissian neither signs the decree nor sends it to the Constitutional Court, the decree will take effect by default.

The presidential palace stated in a statement on its website: “There is no doubt that the armed forces must remain neutral in political affairs.”

“Obviously, because of the war, the staff of the armed forces today need the support and attention of all of us more than ever.”