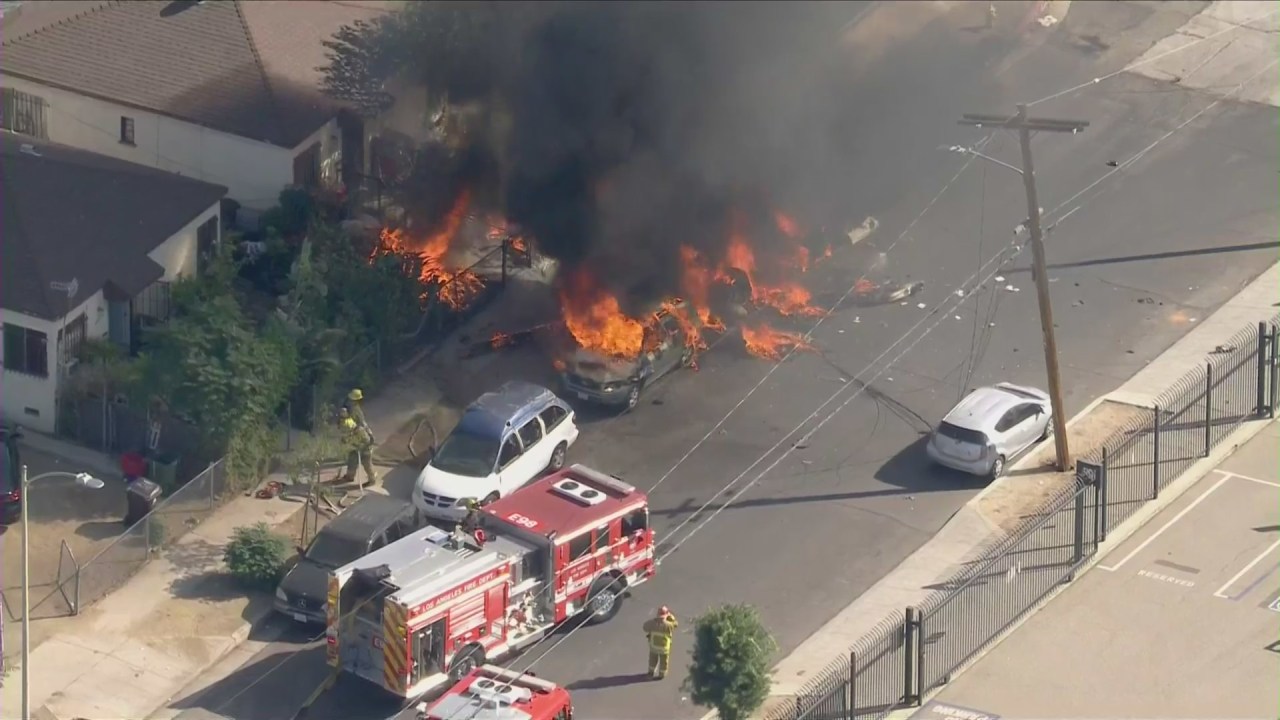 On Thursday morning, a small plane crashed near a residence near the Whiteman Airport in Pacoma, caught fire and destroyed several cars.

The Los Angeles Fire Department said the incident occurred in the 10600 block of North Sutter Avenue, very close to the airport.

According to Federal Aviation Administration spokesperson Ian Gregor, preliminary information indicates that the small plane was approaching the runway when it crashed.

Sky5 aerial video showed that the plane appeared to have hit multiple parked vehicles and caught fire. According to LAFD, the flame spreads to at least one structure.

The video showed that firefighters were able to put out the flames before noon.

There is no news about casualties. The cause of the crash is under investigation.

Please come back for updates on this developing story.