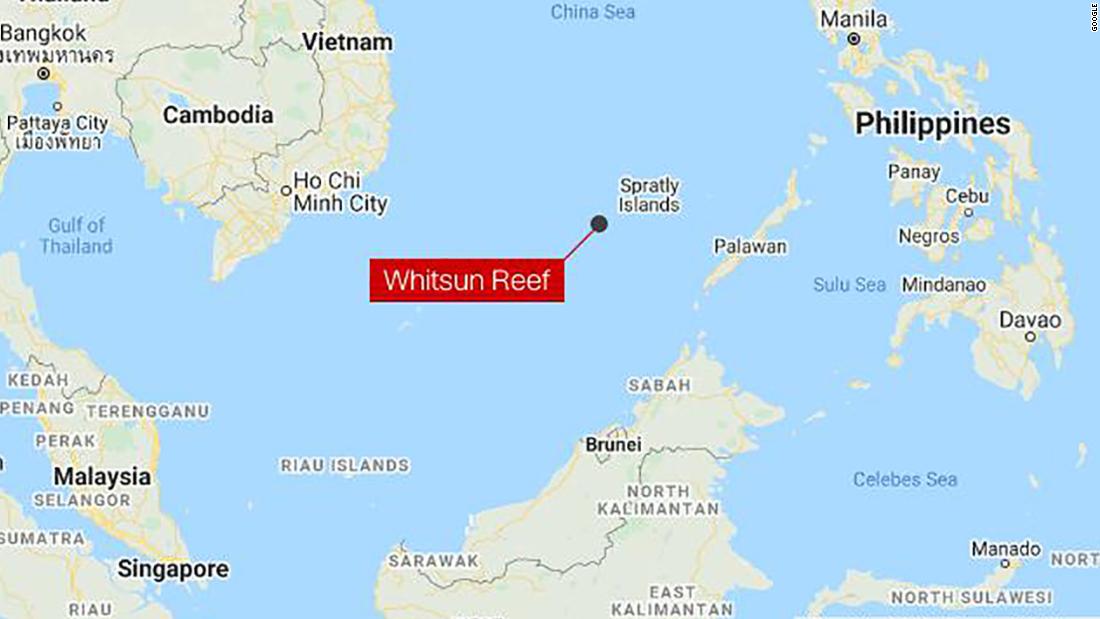 The military said the structures were discovered during a maritime patrol conducted on Tuesday, but did not provide the exact location of the structures, nor did they provide more details about who erected them or their structures, saying that their existence violated international law.

Lieutenant General Ciirito Sobejana, Chief of Military Staff, said in a statement: “These structures are illegal.”

Sobejana said: “The law of the sea gives the Philippines indisputable exclusive rights to the region. Regardless of economic or other means, these constructions and other activities are not conducive to the peace, good order and security of our territorial waters,” Sobejah Na said.

The general said: “We have notified high-level civil affairs departments such as the Ministry of Foreign Affairs and the Ministry of National Defense of these crimes that violated our sovereignty.”

The Union Bank, called Pagkakaisa Bank in the Philippines, has many features, including Whitsun Reef, which is called Julian Felipe Reef in Manila.

Coral reefs are part of the Spratly Islands, and both the Philippines and China claim to own the reef. The Philippines insists that it belongs to the country’s exclusive economic zone. A 2016 ruling by the United Nations Tribunal rejected China’s claims in almost all areas of the South China Sea, even though Beijing refused to recognize the decision.

China has built artificial islands and military fortifications in the Spraty chain, including Mischief Reef near Whitsunday Reef.

The Whitsunday Reef protects a lagoon, and the Philippines said that in the past few weeks, more than 200 fishing boats have assembled under the command of the Chinese maritime militia.

Manila has protested the presence of ships to the Chinese government to violate its sovereignty and called on them to leave the area.

Beijing said that Chinese ships are fishing boats. They only escape the rough waters by moving in the lagoon formed by the boomerang-shaped Whitson Reef. Beijing calls it Bullhorn Reef and claims to be part of its territory.

Foreign Ministry spokesperson Hua Chunying said last week: “Due to the maritime situation, some fishing boats have been sheltering from the wind near Niua Reef. This is normal. We hope that the relevant parties can take a rational view of this issue.”

The Philippine government released images and videos of Chinese ships on Wednesday, stating that they were manufactured on March 27.

An image from the Philippine government dating back to March 7 shows a Chinese ship in the lagoon.