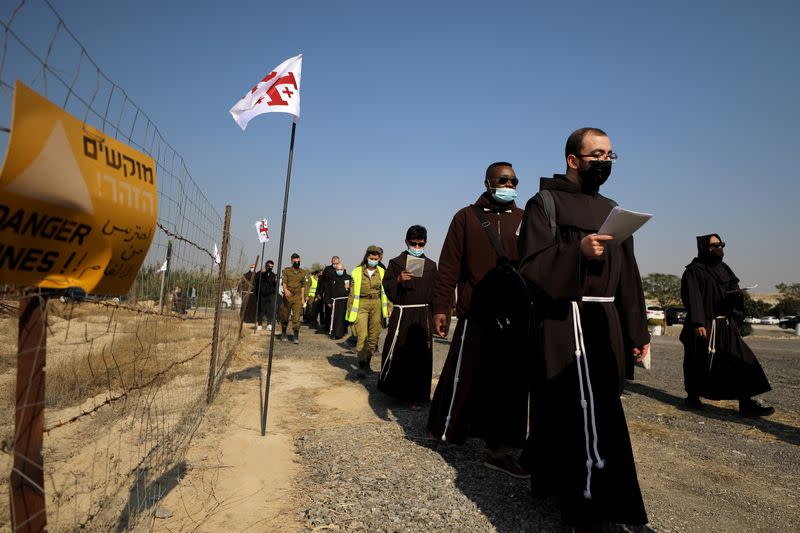 West Bank QASR AL-YAHUD (Reuters)-A shrine near the traditional place where Jesus was baptized on the Jordan River held an epiphany parade for the first time in more than 50 years after it was declared free of landmines.

The father of Francesco Patton, guardian of the Holy Land of the Roman Catholic Church, led Franciscan monks to the temple, which was once a war zone between Israel and Jordan.

Although the two countries have been at peace since 1994, in the field of mine action, seven churches have been abandoned for more than 50 years. The area is about one kilometer from the Qasr-Yahud baptism site in the Israeli-occupied West Bank, which is a major attraction for Christian pilgrims.

One of the priests of the ceremony, Father Ibrahim Fatas, said: “Today, we are going to pray.”

; To commemorate the baptism of John the Baptist, the number of participants in the parade was limited to 50 due to COVID-19 restrictions.

A branch of the Israeli Ministry of Defense said that by 2021, “the danger has been completely eliminated.”

After visiting the shrine, the monks passed a faded slogan that read “DANGER-MINES!” They prayed down the river in English, Arabic and Hebrew.