The impactor of Hayabusa 2 shook the asteroid Ryugu 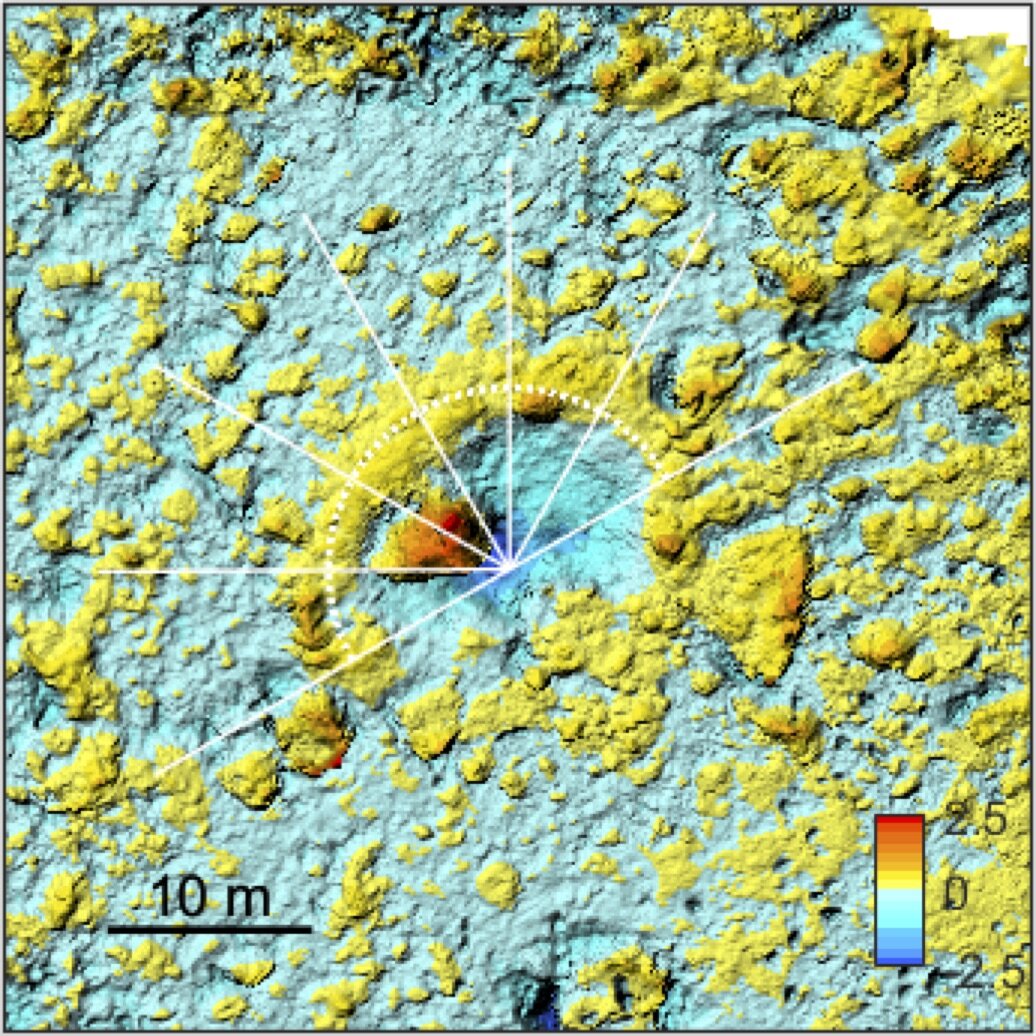 7;s small body impactor (SCI) will be released on April 5, 2019. Even in the area 40m from the center of the crater, some boulders are disturbed. The researchers also found that the seismic shock area extends about 30m from the center of the crater. In the seismic shock area, the boulder was impacted and moved several centimeters. Hayabusa2 recovered a surface sample at the northern point of the SCI crater (TD2), and used a digital elevation map (DEM) to estimate that the thickness of the ejected sediment at this location was between 1.0 mm and 1.8 cm.

These discoveries about the resurfacing process of real asteroids can be used in addition to artificial impacts in future planetary missions such as NASA’s Double Asteroid Redirection Test (DART), and can also be used as benchmarks for numerical simulation of small object impacts . The result will be at the 52nd October 30th meeting of the AAS Planetary Science Department, the meeting titled “Asteroids: Bennu and Ryugu 2”.

The purpose of hitting Ryugu with ~13 cm SCI projectiles is to recover samples of underground materials. In addition, this provides a good opportunity to study the surface renewal process (resurfacing) caused by an asteroid impact with a surface gravity of 10.-5 The gravity of the earth. SCI successfully formed an impact pit, which was defined as an SCI pit with a diameter of 14.5m (Arakawa et al., 2020), and the surface samples were recovered under TD2 (10.04°N, 300.60°E). It is found that the radius of the concentric area in the center of the crater is four times the radius of the crater, and it is also disturbed by the impact of SCI, which causes boulder movement.

The researchers then compared the surface images before and after the artificial impact to study the resurfacing processes associated with the crater, such as seismic shocks and jet deposits. To this end, they constructed the SCI crater edge contour using a digital elevation map (DEM), which includes the pre-impact DEM subtracted from the post-impact DEM. The average rim profile is approximated by the following formula: h = h[R[Rexp[-([-([-（[-(Read/writerim-1)/λrim]And the fitting parameters H[R[R And merim They are 0.475m and 0.245m respectively. Based on this profile, the jet blanket thickness of the SCI crater can be calculated, and it is thinner than the conventional results of natural craters and the results calculated based on the theory of crater formation. However, this difference was resolved by considering the effect of the boulders that appeared on the image after the impact, because the crater edge contours derived from DEM may not be able to detect these new boulders. According to the crater edge profile, the thickness of the ejected deposits at TD2 is estimated to be between 1.0 mm and 1.8 cm.

The 48 boulders in the post-impact image can be traced back to the initial position in the image before the impact, and it was found that a boulder with a size of 1 m was ejected several meters outside the crater. According to their motion mechanism, they are divided into the following four categories: 1. Excavation flow; 2. Fall propelled; 3. Surface deformation dragged by the slight movement of the Okamoto boulder; and 4. Seismic vibration itself caused by SCI impact. In all groups, the motion vectors of these boulders seem to radiate from the center of the crater.

In order to further study this, the correlation coefficient between the images before and after the impact was evaluated. It has been found that the low cross-correlation coefficient area outside the SCI crater has an asymmetric structure, which is very similar to the area where the ejection point is deposited around the impact point (Arakawa et al., 2020). Based on the template matching method evaluated using the correlation coefficient, the displacement of the boulder with the cross-correlation coefficient greater than 0.8 is derived at a resolution of ~1 cm. This indicates that these displacements may be caused by seismic vibrations. In the area near the SCI crater, the boulder moved more than 3 cm. From the impact to an area spanning 15m, the motion vector radiates from the center of the crater. There are still disturbed areas offset by 10 cm in the area 15m from the center, but they appear as patches of a few meters in size and are randomly distributed. In addition, the direction of these motion vectors at a distance is almost random, and there is no clear evidence of the radial direction from the center of the pit.

A displacement greater than 3 cm is detected within a distance of 15 m, with a probability greater than 50%, and a displacement detected between 15 m and 30 m, with a probability of about 10%. Therefore, Arakawa et al. According to the suggestions of Matsue et al. The experimental results (2020) show that most of the boulders in the area moved with the maximum acceleration due to earthquake vibration, which is 7 times greater than the surface gravity of Ryugu (gDragon Valley).In addition, they found that the impact moved the boulder with a maximum acceleration of up to 7g.Dragon Valley And 1 gramDragon Valley In about 10% of the area. It is hoped that these results can provide references for future numerical simulations of small body collisions and planetary missions involving artificial collisions.

Japan created the first man-made crater on an asteroid

More information:
It was presented at the 52nd Annual Meeting of the Planetary Science Division of the American Astronomical Society (Conference: “Asteroids: Bennu and Ryugu 2”) on October 29, 2020.