The harvest of black holes in new gravitational wave paper 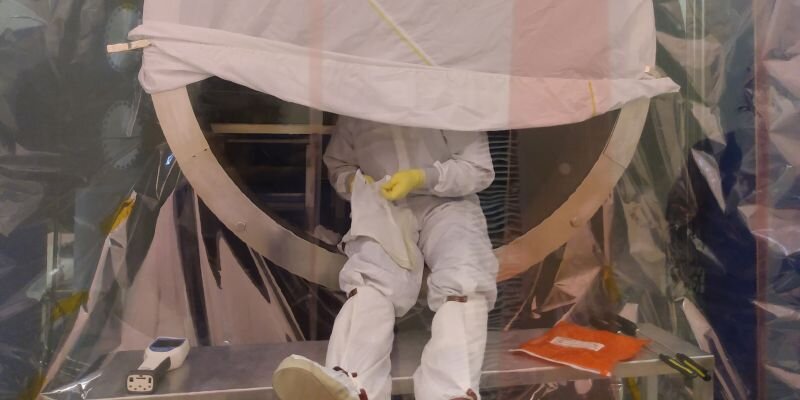 Only a few years ago, scientists all over the world celebrated the first discovery of gravitational waves in history, which confirmed long-standing scientific theories and opened up a whole new field of research.

These events were recorded in the first six months of the third observation operation of the LIGO and Virgo probes.

Dr. Andrew Williamson of the Institute of Cosmology and Gravitation at the University of Portsmouth said: “This new catalog of discoveries includes 39 new gravitational wave events observed between April 1

“Most of them are created by merging black holes into pairs, but they also include the second collision of neutron star pairs in history, and it may be the first discovery of the fusion of black holes and neutron star pairs. Neutron stars are very dense dead star remnants. , Heavier than our sun, but crushed into something the size of a city, less than 15 miles away.

“Combining the 11 discoveries before 2019, we have now discovered 50 gravity wave events, and there will definitely be more events. We now have enough events, we can really start to answer questions such as:’Merge black holes How common is it?’ and “What is the number of black holes? “”

British scientists designed and built instruments for the LIGO detector located in the United States, and contributed to the analysis and interpretation of data collected during the three observation runs. The UK’s contribution to cooperation is funded by the Science and Technology Facilities Committee.

With this new expanded detection catalog, scientists will obtain a large amount of black hole data to rigorously test Einstein’s general theory of relativity and provide new insights into how black holes and neutron stars are formed.

Portsmouth researchers have played a leading role in planning, constructing and operating the main analytical methods that can detect the gravity waves contained in the catalog and PhD. During these observations, student Simone Mozzon worked on a LIGO detector in Louisiana for three months.

Simone said: “I am very lucky to be able to work at LIGO in Livingston at the end of 2019. My duty is to reduce the influence of external noise sources on gravitational wave data. The LIGO detector is extremely complex and sensitive, and every component must interact with earthquakes. , The waves and even the external noise interference (such as ground motion) caused by people walking and talking is isolated.”

Dr. Williamson said: “These discoveries really challenge what we think we know about how this pair of black holes form. In the next few years, we hope to be able to detect gravitational waves from deep space more frequently so that we Able to solve these mysteries. It may bring more surprises.”

Citation: The black hole in the new gravitational wave paper (October 29, 2020) crashed into the crop from October 30, 2020 from https://phys.org/news/2020-10-bumper-crop-black-holes- gravitational.htmlsearch