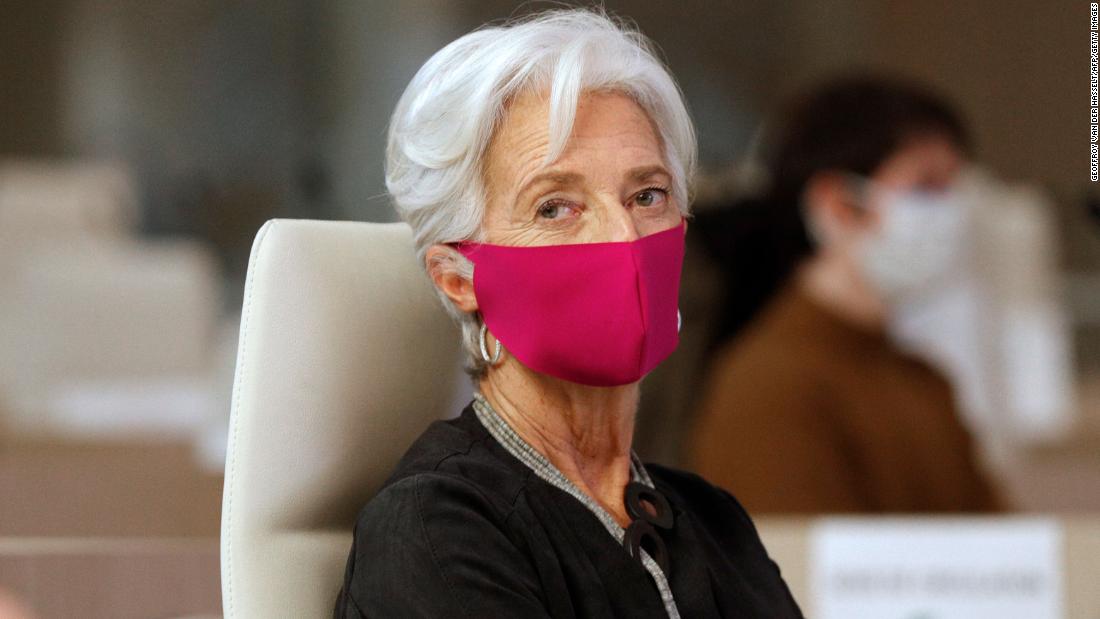 The European Central Bank said in a statement that it will respond “appropriately” to the development of the situation when it meets again in December to ensure that “financing conditions remain conducive to supporting economic recovery and offset the negative impact of the pandemic on inflation. “.

At a press conference, European Central Bank President Christine Lagarde made it clear that the central bank is ready to take action at any time.

Lagarde said: “The information received shows that after a strong but partial and uneven rebound in economic activity during the summer months, the euro zone’s economic recovery is faster than expected.” She said that the central bank is currently evaluating its tools. Package to determine how best to provide additional financial assistance.

It is widely expected that the central bank will add billions of dollars to its $1.35 trillion asset purchase plan, which goes hand-in-hand with the European Union’s 800 billion euros ($938 billion) Coronavirus Recovery Fund, even to countries with heavy debt (For example, Italy) You can also borrow money at zero interest rate.

Andrew Kenningham, chief European economist at Capital Economics, said that the European Central Bank “has made it clear that it intends to provide more support in December.” He wrote in a research report on Thursday: “In France and The new restrictions announced by Germany are likely to be replicated elsewhere and may plunge the euro zone economy into another recession.”

France and Germany announced extensive restrictions on Wednesday to prevent the second round of coronavirus infections.

France will start a four-week national lockdown from next Monday. Non-essential businesses, restaurants and bars will be closed, and people will only be allowed to leave home to go to work, take care of relatives, undergo medical treatment, visit grocery stores or exercise. French President Emmanuel Macron stated that the French blockade will last at least until December 1.

In Germany, except for selling services, bars, restaurants and cafes will be closed on Monday. Theaters and concert halls, as well as amateur and entertainment sports facilities will cease operations. Schools in both countries will remain open.

Lagarde said on Thursday that these measures have caused a “significant deterioration” in the short-term economic outlook, complicating past forecasts that the region’s economy will continue to grow in the last three months of this year.

She said: “It is difficult to predict how December will offset November.” “But, obviously, we do not expect good numbers in November.”

At the same time, Lagarde made it clear that the European Central Bank is ready to take major actions, just like when the March pandemic first triggered the blockade. She emphasized that the central bank still has plenty of tools to use.

After her press conference, analysts said that there are only two real questions left: what kind of help will be provided, and the size of the package.

According to the latest purchasing managers index from IHS Markit, before the announcement of stricter measures, business activity in Europe has begun to decrease, and it has raised expectations that major European economies will contract in the last quarter of 2020.
Economists at Allianz warned earlier this month that “the risk of a second dip in recession is higher in countries that resort to targeting and regional lockdowns again.”