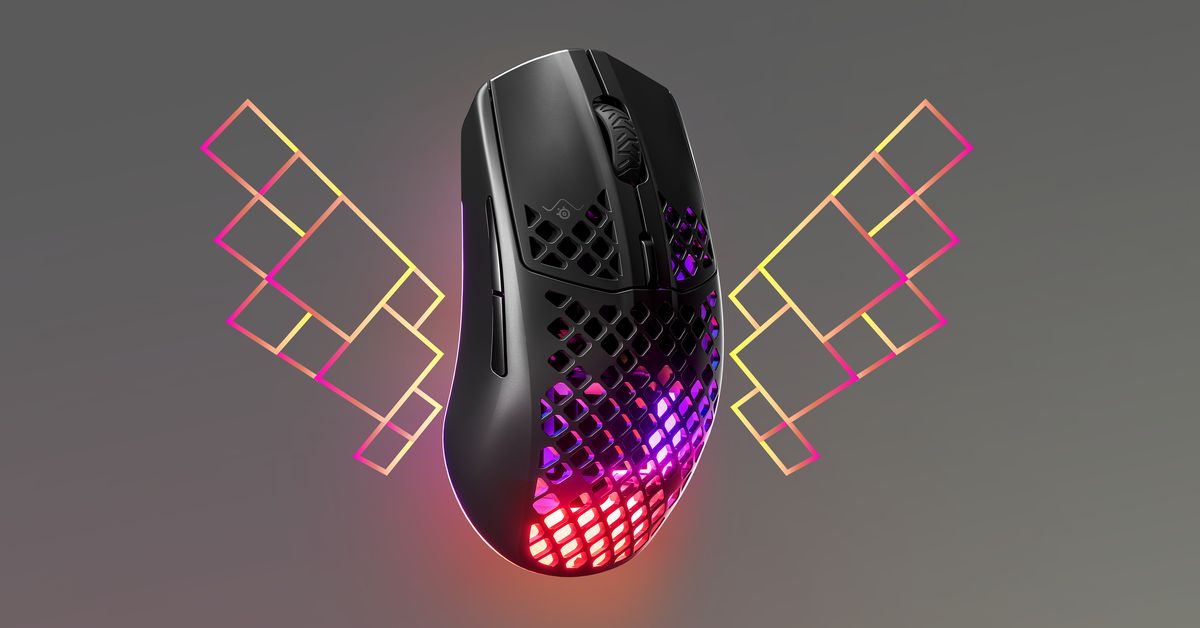 SteelSeries’ new Aerox gaming mouse lineup marks several of the company’s firsts. It claims that its $60 Aerox 3 wired mouse and a $100 wireless version (which will be available on November 10) are the first gaming mice to receive an IP54 protection rating, providing them with a fighter against water and dust.

They are also the company’s first mice with the popular honeycomb shell design, to name a few, they are popularized by niche peripheral manufacturers such as Finalmouse and Glorious PC Gaming Race. With this transparent design, they are aimed at people who need a lightweight mouse. Aerox 3 Wireless weighs 66 grams, while the wired version weighs 57 grams (minus the weight of the cable).

For the wireless Aerox 3, this is also the first SteelSeries mouse to charge via a USB-C connection, which marks a welcome update. Only a few major gaming peripherals companies have begun to seriously switch from Micro USB to USB-C charging. I am very happy to see SteelSeries finally taking a step towards a less troublesome and faster charging standard in its products. The mouse includes a USB-C wireless adapter and a braided cable for charging.

These changes are exciting, but the design of both is basically the same as the currently available Rival 3 series mouse. The raised middle section containing its DPI switch and scroll wheel looks similar, while the slim fake mashup layout has two thumb buttons in familiar locations. However, the diamond-shaped holes give these mice a unique appearance, and the RGB lighting allows you to peek into the internal hardware.

Due to the price difference of US$40, Aerox 3 Wireless not only supports 2.4GHz or Bluetooth wireless connection, but also has some better specifications than the wired version. SteelSeries says that battery life varies depending on the wireless mode. It is said that it can last 200 hours in Bluetooth mode and about 80 hours in 2.4GHz mode. On the face of it, these claims are worse than Rival 3 Wireless’s 400-hour lifespan, but SteelSeries said that this change is due to the fact that it has moved from replaceable AAA batteries to internal batteries to reduce weight. Obviously, charging it for 15 minutes can be used for up to 40 hours.

Aerox 3 Wireless has the TrueMove air sensor developed by SteelSeries in cooperation with PixArt, which is also used in Rival 3 Wireless. The wired Aerox 3 has the same TrueMove Core sensor used in the cheaper Rival 3.

Without some of the major changes I mentioned above, Aerox 3 will not have too many exciting things. The incremental improvements in the sensor are great, but I would rather have some features, such as the SteelSeries features implemented in a $100 wireless mouse, such as water resistance and USB-C charging.