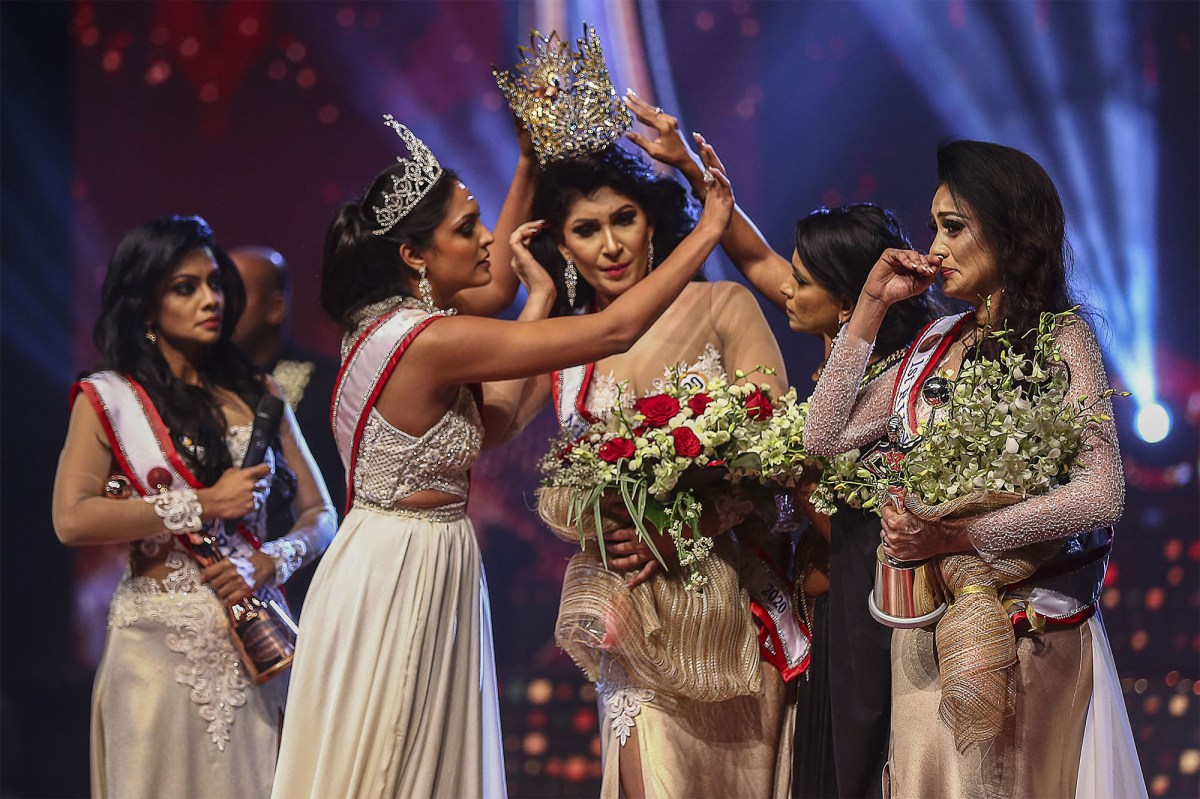 This is not the crown she has been looking for.

Over the weekend, a beauty queen contestant won the title of Mrs. Sri Lanka-it was not until the lady of the world tore off the crown to crown her runner-up before she was sent to the hospital with a head injury.

According to Time 24 News, the ugly stage scuffle broke out after the winning player Pushpika De Silva won the title at the Colombo Theater on Sunday night.

Ms. World Caroline Jurie from Sri Lanka suddenly jumped onto the stage and grabbed the microphone during the event, claiming that De Silva was actually divorced and therefore was disqualified from winning the title.

“There is a rule that prohibits women who are already married and divorced, so I am taking steps to raise the crown to second place,”

; Julie said to the shocked crowd.

According to the media, Julie then tore the golden crown from De Silva’s head and placed it on the runner-up, which aroused tears and confusion.

Time24 quoted a local newspaper as saying that De Silva was injured by a torn top of his head and had to be injured, so he had to be hospitalized.

Later, the contestant posted a photo of himself on a hospital bed on a Facebook page, but denied that he had been divorced.

“I’m talking about the real queen is not the woman who takes the crown of another woman, but a [helps straighten] Another woman’s crown!

“I know you expect me to respond to unexpected events. Even if I have a lot to say, I will only post what is necessary here,” De Silva said.

She admitted that she lived separately from her husband, but insisted: “I am not a divorced woman.”

According to Newsfirst, she has since been officially announced as the winner.