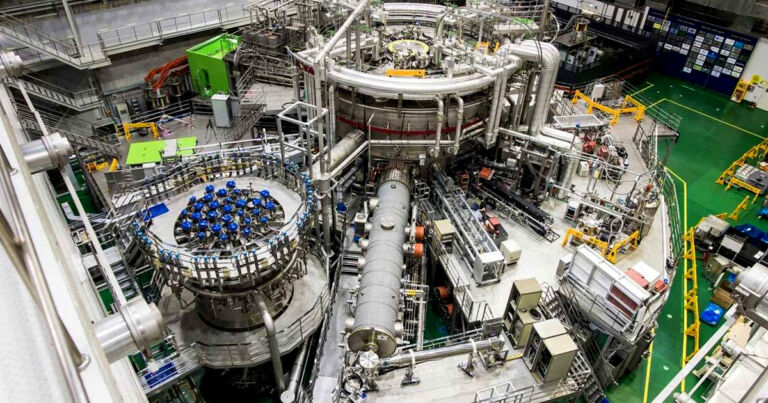 South Korea’s fusion reactor set a new world record this week, maintaining a temperature of more than 100 million degrees, which is 20 seconds higher than the core temperature of the sun. This is twice the previous record.

The team behind Korean Superconducting Tokamak Advanced Research (KSTAR) completed this work with the help of Seoul National University and Columbia University.

Si-Woo Yoon, director of the KSTAR Research Center, called this achievement “an important turning point in the battle for technology to ensure long-term efficient plasma operation technology, which is a key component of future commercial nuclear fusion reactors.”

Despite decades of research, making fusion energy a viable and sustainable renewable energy source has proven to be challenging. It is well known that fusion reactions are difficult to control because they can only occur at extremely high pressures and temperatures.

If these temperatures are maintained, the ions and electrons inside the reactor can only maintain the plasma state required for the reaction to occur.

KSTAR has an ambitious goal for the reactor: to maintain 100 million degrees for 300 seconds in just five years.

Yeast: the science behind pandemic staples