South Korean officials worried about the surge in the Halloween virus and warned: “Don’t be a real ghost” 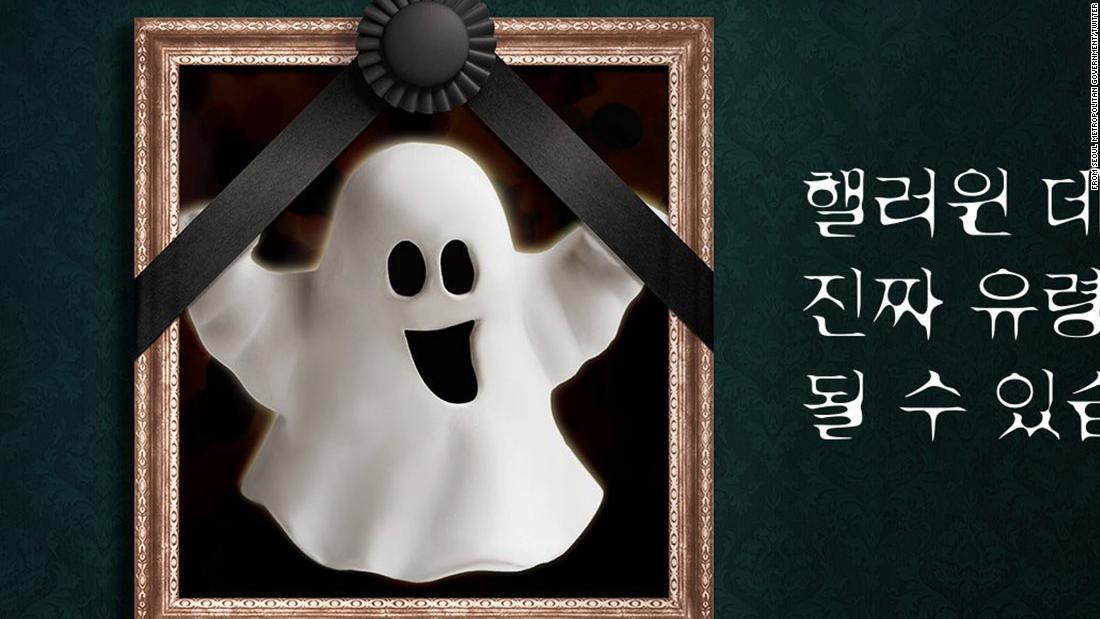 City government general manager Park Yoo-mi said at a briefing on Friday that officials are patrolling nightclubs in the capital Seoul to ensure they comply with social evacuation regulations and suggested that people hold Halloween parties online.

The caption on a poster in Seoul reads: “Don’t become a real ghost while enjoying Halloween.”

Another warned that this year’s party “really could become scary.”

South Korea was praised for responding quickly and effectively to the pandemic, but the case was resurrected in May after an outbreak related to nightclubs and bars in Seoul.

53 nightclubs in the city before the weekend to ensure that facilities follow strict guidelines and ensure that visitors log in names and use a quick response (QR) code system for contract tracking.

Parker said that about 14 nightclubs were closed because they failed to comply with social mobilization guidelines and because of the large number of nightclubs.

She added: “The city plans to get immediate results from preventive measures by ordering a two-week ban on gatherings in facilities that violate the regulations.”

Park urged other companies to join the 85 night shows in Seoul. They said they would voluntarily close their doors during Halloween to prevent the spread of the virus.

The latest data from the Korean Agency for Disease Control and Prevention shows that South Korea has adopted active testing and contact tracing methods to contain the virus. The virus has infected 26,385 people and killed 463 people. In the past week, the number of cases per day has been hovering around 100.