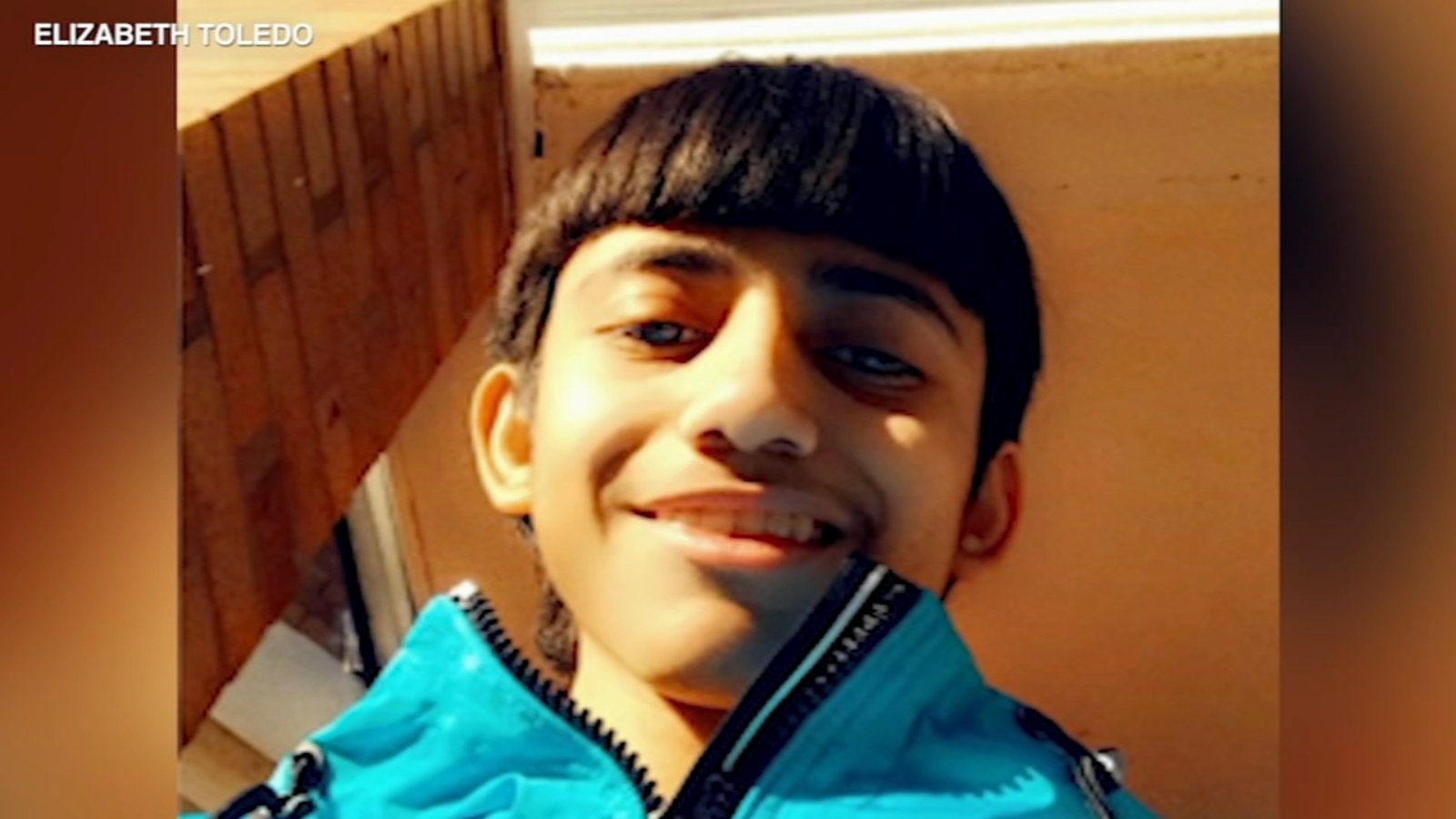 Chicago (WLS)-The family of a 13-year-old boy was killed by Chicago police during an “armed confrontation” earlier this week.

Adam Toledo was shot and killed by police on Monday following the “Spot Spotter” alert in the 2300 neighborhood of South Sawyer.

The teenager was identified as Toledo in the small village by the Cook County Medical Examiner’s Office on Thursday.

The officer said that the 13-year-old man was armed and fled the police with another suspect.

After Chicago police called it an “armed confrontation,” Toledo’s life ended in an alley. The police accountability system said the officer fired a shot.

The police shared a photo of a gun allegedly found at the scene. The second suspect, 21-year-old Ruben Roman, was charged with a misdemeanor in the incident because he resisted an officer.

The officer observed two subjects in a nearby alley. One subject fled on foot, leading to an armed conflict. One subject was shot and killed. The second detainee. The gun was restored at the scene. COPA survey. #ChicagoPolice pic.twitter.com/bn7o2deAGS

The boy’s family issued a statement overnight on Thursday, saying that his death was the result of “Chicago police misconduct.”

The statement also said that although Toledo was killed on Monday, his family had not been notified for two days.

The statement said: “Adam is a seventh-grade student at Garvey School. He likes sports and is a good boy. He should not die like before.” “The Toledo family will seek justice for this condemned crime.”

Chicago Mayor Lori Lightfoot (Lori Lightfoot) called for the release of a camera video of the human body in the incident.

According to COPA, the incident was captured in human camera video, but given Toledo’s young age, the incident would not be released without a court order.

A COPA spokesperson said in the latest statement issued late on Thursday: “COPA is currently making every effort and researching all legal means to allow the public distribution of all video materials that publicly capture the tragic tragedy of 13-year-old Adam Toledo.

His mother, Elizabeth Toledo, said Thursday: “He is so fulfilling.” “They just took it away from him.”

Toledo was at a loss when planning the funeral of her 13-year-old son and was surrounded by his family.

“I only want justice. I only want answers… what happened?” Toledo said. “I just want to get justice for my son. That’s it.”

Toledo’s mother said that he often sneaked away at night when he fell asleep. Last Thursday, after she noticed that her son was missing, she filed a missing persons report with her son.

She told ABC7 that Toledo eventually returned on Saturday, but sneaked out again on Sunday night.

“If there are other ways, why did he shoot him?” Toledo said. “He is a little boy. Obviously he will be scared.”

Related: The survey found that mental health problems among young children in Chicago have increased dramatically during the pandemic

Toledo’s mother said that one day he has a desire to become a policeman.

The police said that the person responsible for the shooting was assigned a 30-day duty time, and the Civilian Office of the Police Accountability System is investigating the shooting.

Full statement from the Toledo family

“Adam Toledo was killed early on Monday morning due to the unreasonable behavior of the Chicago police. We believe that the Chicago Police Department and the Office of Police Accountability Civilians will conduct a thorough investigation, maintain transparency, and many people in Toledo will not find Adam. The truth about what happened. Adam was killed on March 29, 2021, but the Toledo family was only told of their death two days later. Adam is a seventh-grade student at Garvey School. He likes sports and is a good guy. Child. He should not die like before. The Toledo family will seek justice for this condemned crime and demand privacy during the mourning. The Toledo family is represented by Weiss Ortiz PC.”