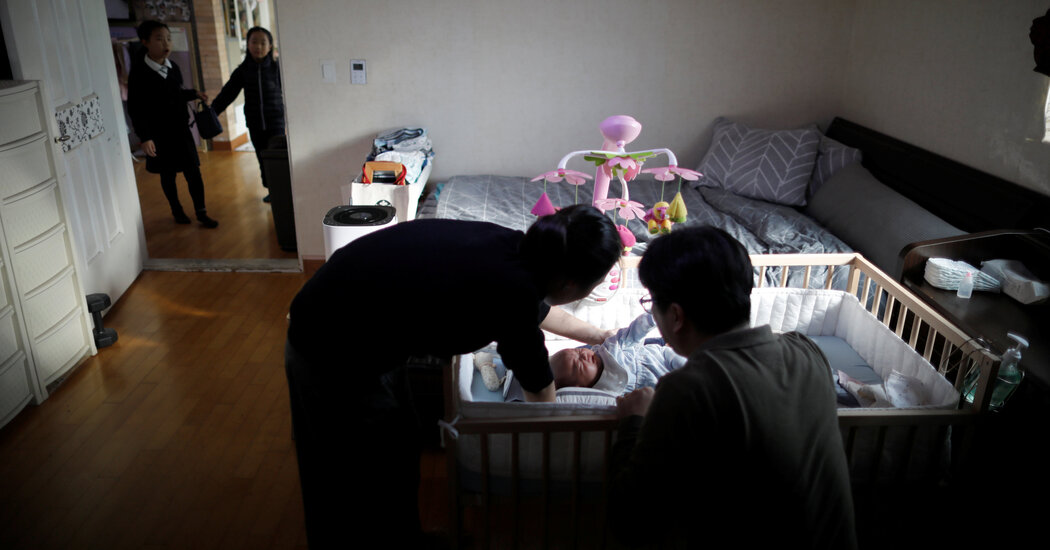 According to a 2017 report by the Organization for Economic Cooperation and Development, South Korea’s gender pay gap is the highest among its 37 member states. The income of working women is nearly 40% lower than that of men, and many women are usually pressured by family and workplace to stop working after giving birth.

Other countries in the region, including Japan, also have countries with aging populations and low birth rates, with large gender differences, especially in pregnancy. In Japan, the term “matahara” (short for maternal harassment) was widely circulated during the 2014 Japanese Supreme Court trial.

These population declines pose a threat to the country’s economy, which makes the government more cautious in encouraging women to have children.

Last year, South Korea’s population fell for the first time on record, dropping by nearly 21,000. The birth rate has dropped by more than 10.5%, and the death rate has risen by 3%. The Ministry of Interior and Security acknowledged the shocking impact and said: “With the rapid decline in the birth rate, the government needs to make fundamental changes to its related policies.”

Although the Seoul government’s proposal may have failed, some people expressed strong opposition to proving that attitudes are changing.

“This is only outdated advice,” Adele Vitale said.

Ms. Vitale mainly deals with foreign women who marry Korean men. She said that although Korean society traditionally believes that pregnant women are “powerless,” she is increasingly seeing their husbands adopting a more equal attitude towards childbirth and raising children.

She said: “Family dynamics are always developing.” “Women no longer want to be treated in this way.”

Coronavirus is increasing economic inequality around the world