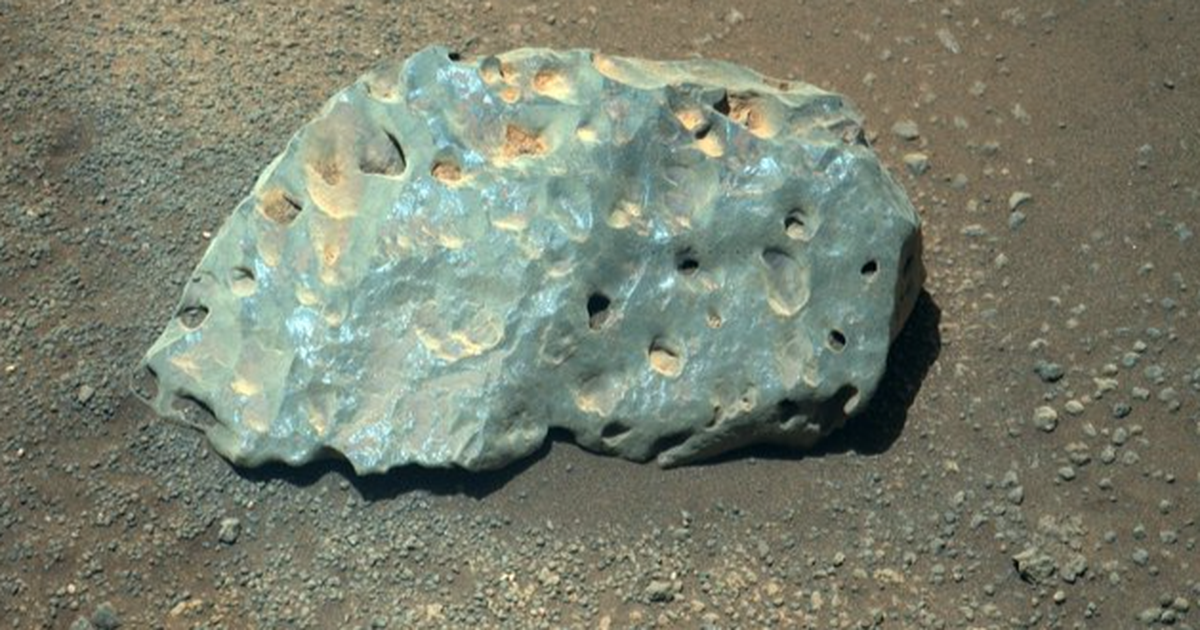 On the 37th day of the mission to Mars (called “sol 37”), the Perseverance Rover used a laser to penetrate a curious porous rock 10 times.

Not for sports. The laser is part of the rover SuperCam, which appears vaguely on a car-sized robot like a crow’s nest on a ship. From a distance of 20 feet, the laser hits the rocks and soil, producing flickering light. These flashes are excited atoms. If a rocky target may retain past Martian vital signs (for example, some organic matter may have been bitten by microorganisms), SuperCam will analyze the light for collection.

The persevering scientific team is undoubtedly an interesting porous rock. What type of rock is this? Why is it so porous?

Roger Wiens, a planetary scientist at Los Alamos National Laboratory who led the team, told Mashable: “We think we’d better check it.” “We are trying to investigate the different types we see. rock.”

When the helicopter was ready, I couldn’t help but check the nearby rocks. This strange person made my scientific team trade a lot of hypotheses.

It is about 6 inches (15 cm) long. If you look closely, you may find a line of laser markings, which I typed to learn more. pic.twitter.com/sq4ecvqsOu

If you don’t zoom in, it’s hard to spot the laser mark. The laser marking line can be seen in the red circle below:

The rover has reflected the results of the laser polishing back. Vince said that the Hengxin team is studying the composition of the rock. Could it be a meteorite somewhere in the solar system? Is water the cause of corrosion of porous rocks? Could it be volcanic rock?

“The team put forward many different hypotheses about this issue-is it free from the local bedrock?” NASA tweeted. “Is this a Mars crashing into the area caused by a distant impact event? Is it a meteorite? Or something else?”

NASA’s Perseverance team is not yet ready to publish a conclusion, because they are still discussing possibilities. However, in the coming weeks, months or even years, there will definitely be more shock waves. Currently, Perseverance is located in the middle of the landing site of Jezero Crater (Jezero Crater), which NASA said was once submerged by water.

Soon, perseverance will slowly and cautiously reach a large, dry delta, where microbes could have survived (if ever existed) in the moist clay on Mars.

Vince said: “With the flight of the Martian crow, we are about 1.5 miles from the delta.”