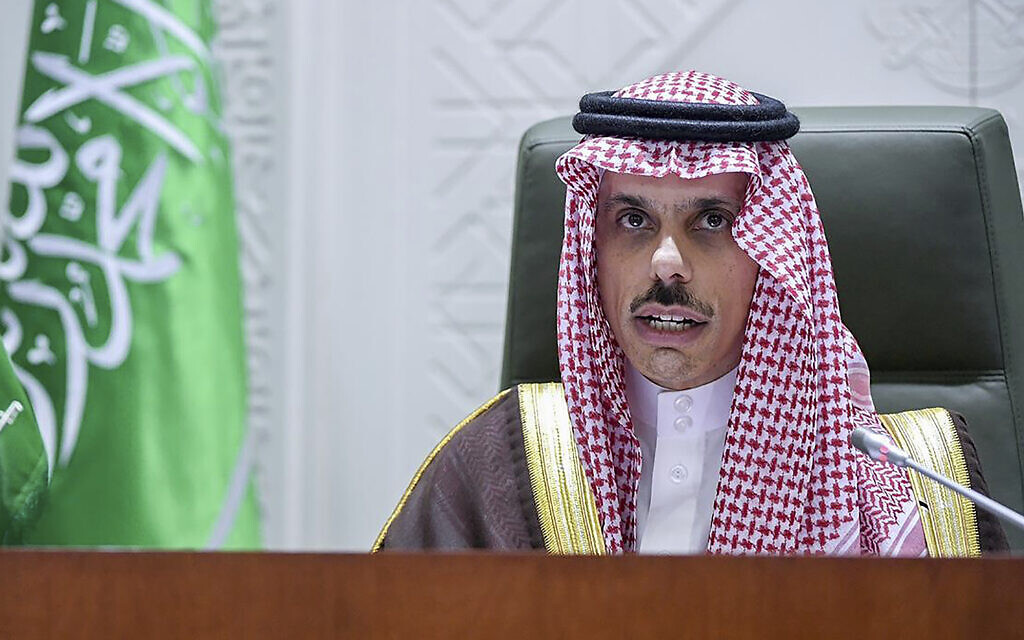 The Minister of Foreign Affairs of Saudi Arabia has stated that normalization with Israel will bring “great benefits” to the region, but this agreement with Saudi Arabia will depend on the progress of the Israeli-Palestinian peace process.

But Saudi Foreign Minister Prince Faisal bin Fahhan said on Thursday that any agreement with Saudi Arabia “will very much depend on the progress of the peace process.”

He pointed out that since the “Arab Peace Initiative”

; was introduced in 2002, normalization has been achieved, but conditions for a settlement must be reached with the Palestinians.

In an interview with CNN, he said: “I think normalizing Israel’s position in the region will bring huge benefits to the entire region.”

“From a security point of view, this will be very helpful economically and socially.”

The normalization of relations between Saudi Arabia and Israel will bring huge benefits to the entire region. We must find a way to resolve the Palestinian conflict. Israel will welcome all Israelis. – Faisal bin Farhan Al Saud, Minister of Foreign Affairs of KSA h/t @IsraelArabic @CNN pic.twitter.com/ORdEnHse4h

However, such a process “can only succeed if we solve the Palestinians’ problems and we can establish a Palestinian state within the 1967 borders that gives the Palestinians dignity and empowers them.”

The Gulf power Saudi Arabia has repeatedly reiterated its decades-old policy of not establishing formal relations with Israel until an agreement is reached to resolve the conflict with the Palestinians.

However, due to the common concern for Iran, the distance between Israel and the Gulf countries is gradually getting closer, and Riyadh has established silent relations with the Jewish countries for several years.

Reports in November stated that Prime Minister Benjamin Netanyahu held secret talks with the crown prince in Saudi Arabia, adding to speculation that a normalization agreement with the highest authority in the Gulf is being brewed.

However, Riyadh denied that the meeting had been held.

I believe that our report sets an important tone of honesty and decency, which is essential for understanding the actual situation in Israel. To achieve this goal, our team needs to spend a lot of time, investment and hard work.

Your support by joining Times of Israel community, So that we can continue to work. Do you want to join our community today?