قالب وردپرس درنا توس
Breaking News
Home / World / Roma Downey talked about the sad “resurrection”: “It is my faith that prevents me from succumbing to my knees”

Roma Downey talked about the sad “resurrection”: “It is my faith that prevents me from succumbing to my knees” 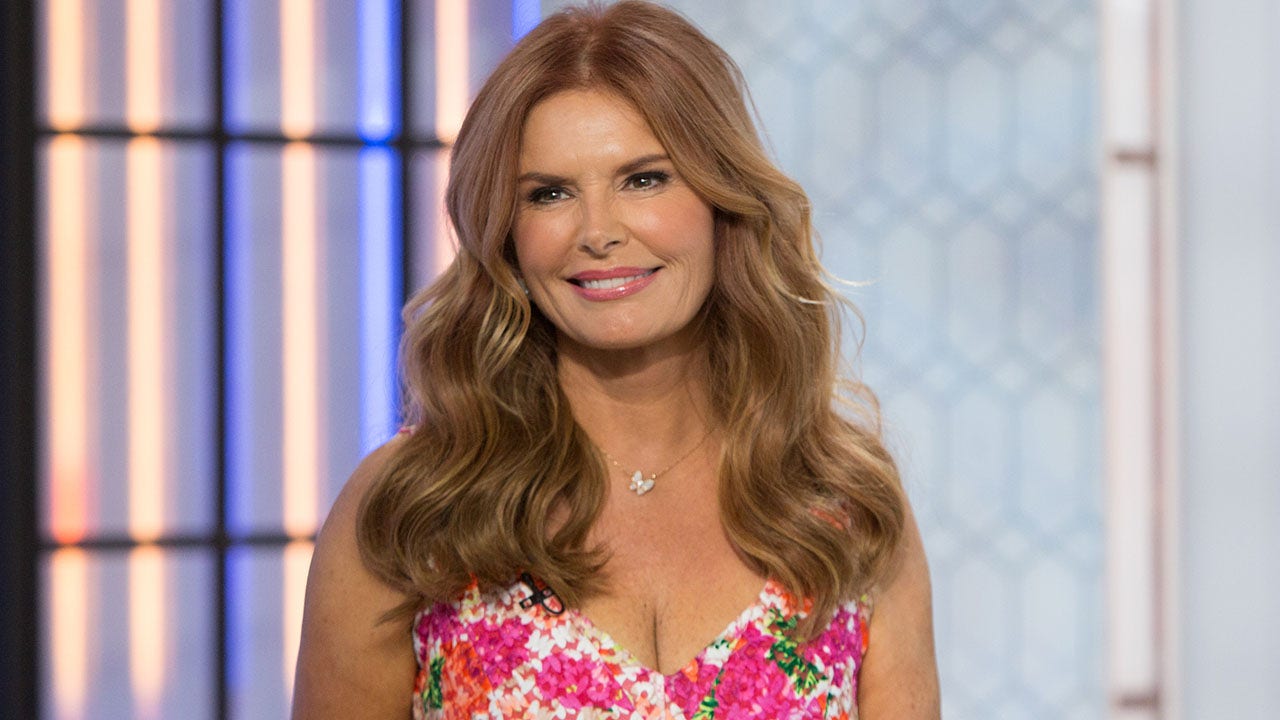 exclusive: Roma Downey has many reasons to be grateful this year.

The actress and producer finally released “Resurrection”, an epic biblical film that followed the crucifixion of Jesus Christ. The 60-year-old and her husband, film executive Mark Burnett (Mark Burnett) originally hoped to release the feature-length film last Christmas. However, since the theater was still closed during the coronavirus pandemic, the couple decided to cooperate with the new streaming platform Discovery+ before Easter.

Downey is known for her role in the popular TV series “Touched by Angels” in the 90s. Her career has been through the production company LightWorkers to distribute faith-based and family-friendly shows. According to Deadline.com, the “Bible”

; miniseries released in 2013 was nominated for three Primetime Emmy Awards and attracted more than 100 million viewers within 10 weeks of the History Channel.

Harry Connick (HARRY CONNICK JR). Talking about how beliefs led him during a pandemic:’You will never be truly alone’

In an interview with Fox News, Downey talked about why we now need a movie like “Resurrection”, how she relies on faith in the painful moments of her life, and how she hopes to convey this Easter message.

Fox News: What prompted you to release movies like “Resurrection” now?
Roma Downey: You know, this does stem from our feelings about the COVID pandemic and the need for stories of hope. We hope to provide this product to families during Easter.

We decided to choose Discovery+ because there are many content suitable for family use. I am very happy to receive safe and comfortable services from people’s own houses. Now, families can see the biggest hope story on the screen.

Fox News: Why do you think people are seeking Hollywood bible stories now more than ever?
Downey: This is the greatest story. If you are a screenwriter, then the Bible contains everything. Tension, betrayal, love, sacrifice, heroism, drama, danger-whatever you say. It has all the elements that make up a great story.

But it doesn’t stop there. People long for God. I think they crave hope. We have always been very intuitive, and now there are many streaming services. There is too much content available. But I think people do want to see these stories on the screen. The Bible is beautiful.

I think watching the Bible on the screen allows people to establish a real emotional connection. This story focuses on the disciples. We look back and see how brave and brave they are. I’m sure they were scared to death, but they persisted. I think the audience can relate to this. We see ourselves in it, which makes us feel more connected to the story.

Marie OSMOND reflects on her first husband: “God has brought our lives into a miracle”

Fox News: “Resurrection” is the ultimate story of hope. Can you describe when your life becomes difficult and you feel desperate? How does your faith encourage you to keep going?
Downey: I am no stranger to sadness. When I was 10 years old, I lost my mother. She died suddenly of a heart attack. I lost my father when I was in college. In recent years, I lost my beloved Della Reese, who co-starred in “Moved by Angels” with me. She is like my mother.And my brother I say this because I am a person who has lost a lot of people [I] Love, but I think that if there is no hope of resurrection, and no hope of resurrection, I will not be able to bear any of these losses.

Fox News: When did you realize that you wanted to share these stories from the Bible on the big screen, whether as an actress or behind the scenes?
Downey: In the early 90s, I had the opportunity to play and act as an angel in “Moved by Angels”. As a believer, this is like a sacred position. I must be a messenger every week to deliver the message of God’s love. At the peak of the show’s success, more than 25 million people tune in every week. I believe they are working hard for this information. The information is really simple.

Kathie Lee Gifford reflects on how faith brings “unbelievable adventures”: “I only believe in God”

In each episode, the message is that there is a God who loves us and he wants to be a part of our lives. Whether I am in front of the camera or behind the camera, this information is actually embedded in all the work I do. I want to use this platform to share the love of God. This is truly a privilege and joy.

Fox News: How does it feel to work with your husband?
Downey: It’s so happy. My girlfriend often laughs and says: “I can’t even hang a wallpaper with my husband.” Mark and I have been working together for nearly ten years now. We established the production company LightWorkers Media, just watching its growth and expansion. Every day, even on social media, we are committed to publishing positive content. We publish scriptures, we publish exciting stories-just trying to grace the world.

That is our promise. Then, of course, we have bigger projects, such as these movies. We have another Bible movie in preparation. Therefore, we have a lot of common work to do. In fact, we will start shooting at the end of the summer… this is what we like to do, it brings us a lot of fun. We are passionate about this.

Fox News: What do you want to tell a story in the Bible at some point, and why?
Downey: The next movie we are making will take us deeper into Acts. This is very exciting. Even with the “resurrection,” we tell this story from a place where there are only a few believers to the 21st century, reminding people that there are 2.2 billion Christians in the world.

I think this is very gratifying, especially in the year when we are all isolated due to the COVID pandemic. We are all disconnected from each other in some way.

We are all ready. We are ready to see the resurrection in our lives. The good news is that we are part of a family of 2.2 billion loving God’s children. I find this to be a good reminder, especially when I rarely see anyone. I think this is the story we all need.