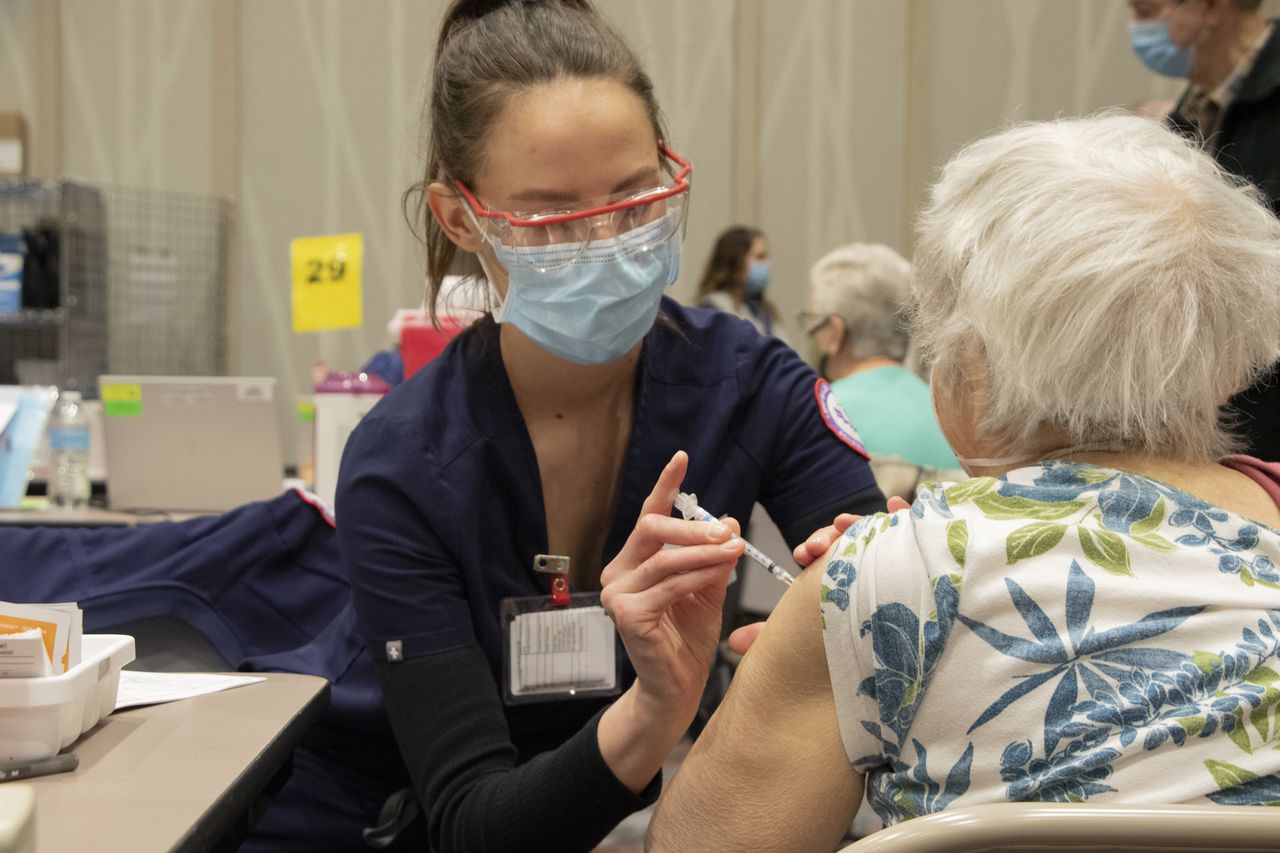 The electronic system for pre-ordering COVID-19 vaccines in the Portland area reached a boiling point this week-not only because thousands of frustrated elderly people tried to schedule appointments on a slow and malfunctioning website for hours without success, but also against national leaders Finally noticed

On Friday, the director of the Oregon Department of Health, Patrick Allen, announced that the area’s residents had made 400,000 attempts to book only 3,800 appointments on the second day, announcing a major change.

Seniors who wish to schedule an appointment at the Northeast Oregon Convention Center in Northeast Portland will now obviously have to register their names in the state. The state will send a list of qualified names to operators of mass vaccination clinics at the convention center, who will then contact residents when it is their turn to vaccinate.

Allen said: “So you don̵

7;t have to wait three hours for a click to get one.”

However, it is not clear how the system will work, including its obvious design as a random lottery. The operators of the vaccination sites did not answer Oregonian/OregonLive questions about the new process on Friday, nor did they announce the changes by the state government at a press conference on Friday.

Officials say that the way the appointment is cancelled will not affect people who have already booked upcoming vacancies.

The new process of getting appointments does not apply to people with reduced mobility taking photos at the Portland International Airport through station. They still need to compete online or over the phone when they post appointments at 9 am on Monday and Thursday to make reservations.

Allen said he has been watching online traffic congestion twice a week, when two mass vaccination clinics in the Portland area posted appointments. The problem immediately began to appear on February 8, when seniors aged 80 and over competed for appointment on the first day-until the second week, when residents 75 and over were also eligible to participate, the problem persisted.

Allen said that this week’s chaos-when residents aged 70 and over joined a frenzied battle-made him take action. The change comes before 215,000 unvaccinated Oregonians between the ages of 65 and 69 are eligible for the first dose of the vaccine.

Allen said: “We experienced traffic jams in the first two weeks, but this week was really extreme.”

Clinic operators including Legacy Health, Oregon Health and Science University, Kaiser Permanente, and Providence Health & Services said earlier this week that the problems discovered on Monday will be resolved. But on Thursday, they seemed to admit defeat, and the Oregon Health Authority (Oregon Health Authority) separately admitted that there was a problem with their website, but claimed that it had nothing to do with the surge in website traffic.

Allen’s support for the creation of a registry-or what he calls an “invitation system”-is in stark contrast to the stance that the seniors started rolling out earlier this month. Allen has accepted that allowing as many as 768,000 seniors to qualify in a three-week period without sufficient vaccines to meet the needs will cause “chaos.”

“Many elderly people will inevitably be depressed next week,” he told reporters at the time. “Next week, you don’t have to bother to see people confused. We will not be able to achieve it.”

According to the new plan, Oregonians seeking an appointment at the Oregon Convention Center next week should register on getvaccinated.oregon.gov and click the blue “Get Started” box. They can also call 211 or 866-698-6155 to register.

The operator of the clinic did not respond to questions raised by the Oregon/Oregon live broadcast on Friday, how long will they start making appointments for qualified seniors. They also did not answer the question about whether the elderly will be given an estimate of how long they will wait or whether they will be told to line up.

But Allen said he estimated that by mid-March, all seniors, educators and people in Phase 1a, including health care workers, will receive the first dose if they want it. This is because the federal government expects vaccine shipments to increase.

The operator at the vaccination site also did not answer questions about the method (first come, first come or first come first served) that will be used for dispatch appointments.

Allen said these names will be chosen at random, and older people will not be given priority.

He said: “If we prioritize, we will effectively make young people no longer eligible, and we will not do that.”

Allen admitted that there will be more challenges in the short term, saying that older people should be “depressed and unhappy” in the next week or two.

He said: “But the situation improved drastically in mid-March.”

Oregon plans to expand vaccine eligibility on March 29 to people aged 45 to 64 with basic health conditions, as well as some groups including farm workers and the homeless.