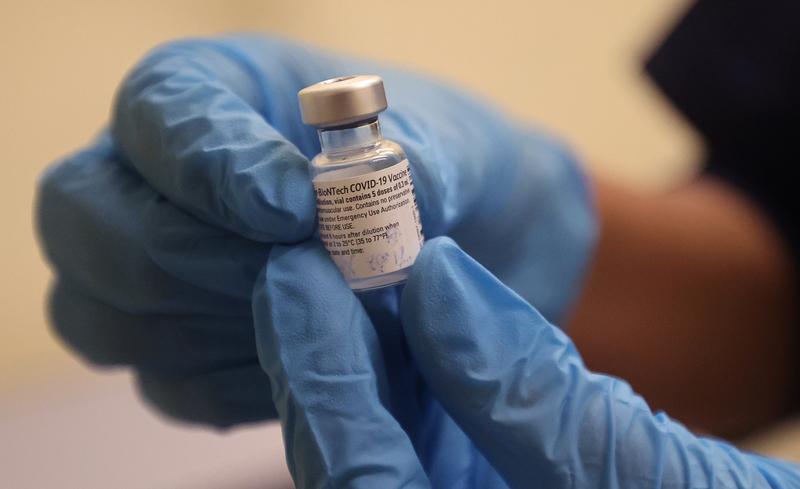 A study by the London School of Hygiene and Tropical Medicine (LSHTM) concluded that the UK must vaccinate 2 million people every week to avoid the third wave of coronavirus outbreaks.

According to Reuters statistics, as of the end of Monday, there have been more than 71,000 deaths from the coronavirus and 2.3 million COVID-19 infections in the UK.

“The most stringent intervention plan is level 4 (restriction) within England. Schools are closed in January and 2 million people are vaccinated every week. This is the only one we consider to reduce the peak ICU (intensive care) burden to the A plan below the level of one time. The study said.

It has increased bit.ly/3o9l2MJ and accelerated the intake of 2 million vaccines per week, “expected to have a greater impact.” The research has not yet been peer reviewed.

In response to this study, a spokesperson for the British Ministry of Health told Reuters, “In the coming weeks and months, as the number of available vaccines increases and plans continue to expand, the vaccination rate will increase.”

The British government said it has passed agreements with several developers to ensure early access to 357 million doses of vaccine.

Prime Minister Boris Johnson and his scientific advisers have said that this variant of the coronavirus can spread as much as 70%, and it spreads rapidly in the UK, although it is believed that this variant will not be fatal or cause more serious Disease.

This prompted London and the southeast of England to adopt strict social mixing restrictions, while national plans to ease restrictions during the Christmas period were significantly reduced or completely cancelled.

Media reports over the weekend stated that the UK will launch the Oxford-AstraZeneca COVID-19 vaccine from January 4, and it is expected that the drug will be approved within a few days.

Earlier this month, the United Kingdom became the first country in the world to launch vaccines produced by Pfizer and BioNTech.

The British government said on Thursday that 600,000 people have received the first dose of Pfizer’s BioNTech COVID-19 vaccine.

Reporting by Kanishka Singh in Bangalore; Editing by Michael Perry and Giles Elgood

New Jersey has reported 5246 new COVID cases and 96 deaths. This is Murphy’s answer to the vaccine supply