Rescuers look for survivors in the barracks 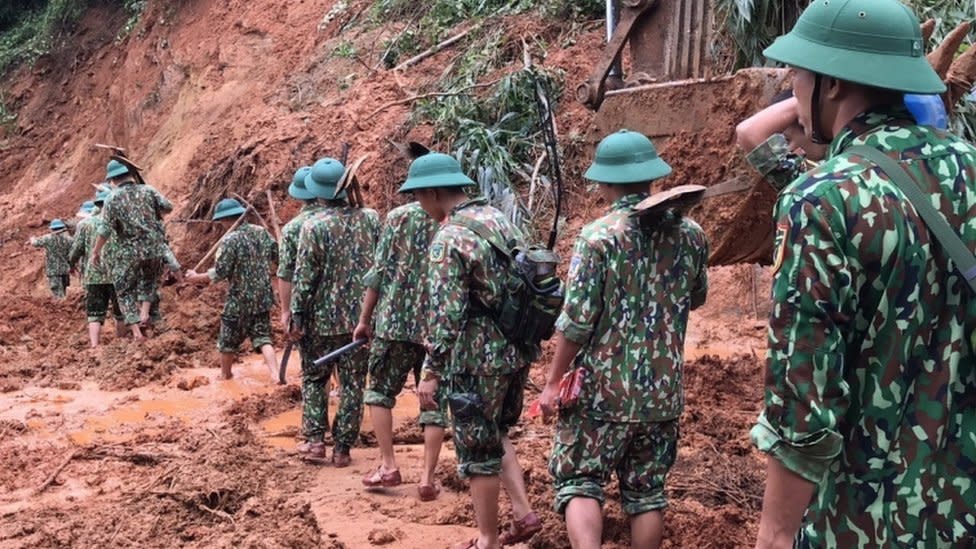 Vietnam is conducting a frantic search to find 1

1 soldiers whose barracks were buried by huge landslides while the country was fighting the worst flooding in years.

So far, 11 bodies have been pulled from the remains of the barracks in the central province of Quang Tri.

An official said he heard the landslide “explode like a bomb” at night.

In the past week, heavy rains hit most parts of Vietnam. Floods and landslides have killed at least 70 people.

Some people worry that flooding will increase further in the next few days.

The government said a unit in the Fourth Military District of Vietnam was hit by a landslide early on Sunday morning.

VnExpress news website quoted local official Ha Ngoc Duong as saying: “Since 2 am, there have been four to five landslides, which exploded like a bomb, and it felt like the whole mountain was about to collapse.”

As rescuers tried to retrieve the body, senior officials warned of the danger of further landslides, and a safer method may be needed to enter the scene.

A few days later, a fatal landslide occurred. Thirteen members of the rescue team (many of them soldiers) were found dead, trying to rescue workers from a hydroelectric power plant that was hit by a landslide in the neighboring province of Thua Thien Hue.