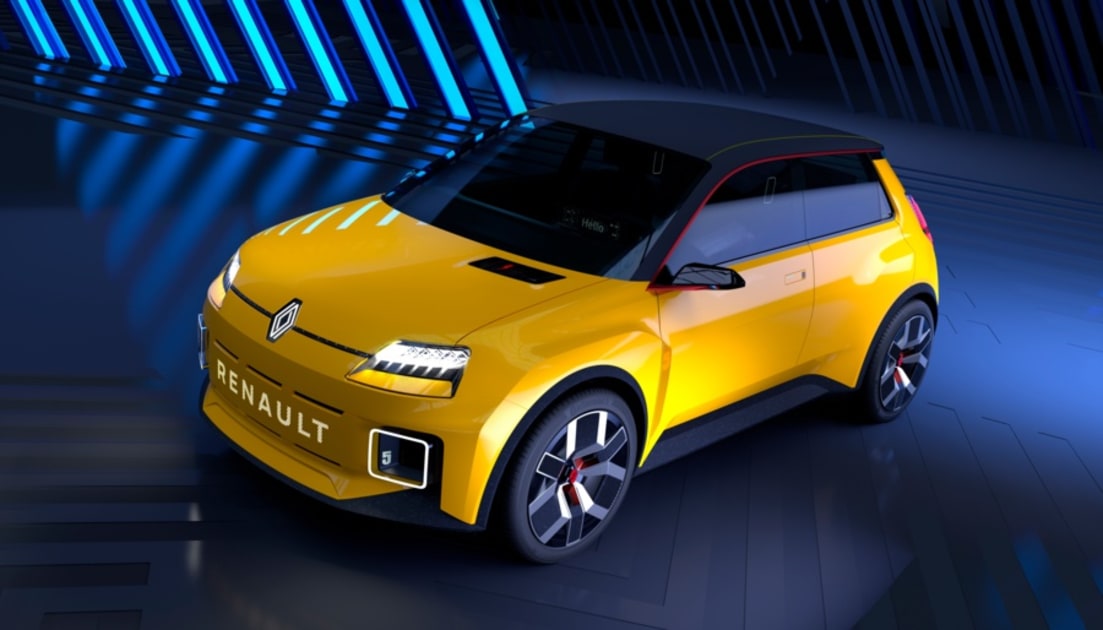 With Renault 5 (R5), the automaker hopes to get off to a good start by offering a stylish, Mini-like EV. “The design of the Renault 5 prototype is based on the R5, which is our traditional cult model. The prototype simply embodies modernity, a means of transportation related to the times: urban, electric, and charming.

To this end, it has a sense of design, such as the headlights based on the original R5, the hood air intake that hides the inflation port, and the “5” on the side grille, wheels and rear logo. Except for the conceptual design, Renault did not disclose any other technical details. However, it describes the R5 as a “city car”

;, which means that it may not have a large battery, just like the Honda E.

Other interesting vehicles come from a new brand called Mobilize. It is developing four motor vehicles, including two for car sharing, one for ride-hailing and another for last-mile delivery. Renault’s goal is to make Mobilize account for 20% of the group’s revenue by 2030.

The EZ-1 prototype is one of the car-sharing models. It looks a lot like Citroen’s small Ami. The two-seater car is designed for shared use, and the driver only needs to pay according to the time or mileage. Renault claims that it allows keyless access via a smartphone while using the battery replacement system, allowing the vehicle to be used “non-stop”. The company added that it will be constructed using 50% recyclable materials and 95% can be recycled at the end of its life cycle.

As part of this plan, Renault will establish an important manufacturing base for “electric poles” in northern France to produce its electric cars. It also announced a hydrogen joint venture with Plug Power, headquartered in the United States, aimed at developing light-duty commercial fuel cell vehicles. Finally, Renault stated that its goal is to become a key player in the overall technology, including cyber security, clean energy services and other fields.

Is Rivian the next Tesla?Investors bet on electric truck manufacturers