Recall 11,000 boxes of ice cream because they may contain metal fragments 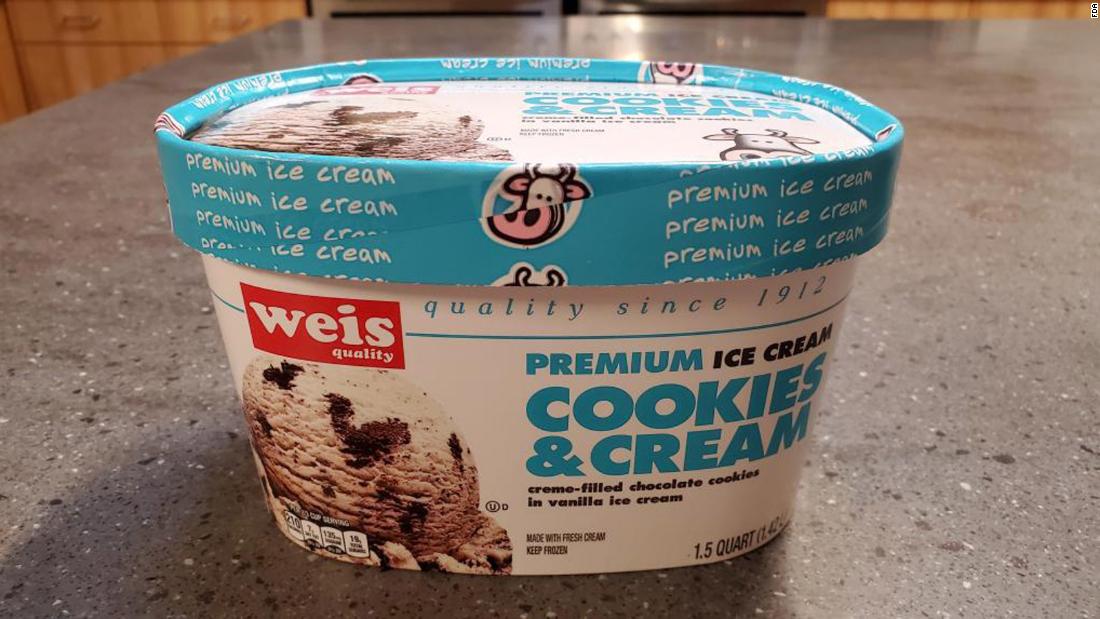 According to the FDA, more than 11,000 Weis Markets ice cream product containers that may be contaminated with metal equipment parts have been recalled.
The company said in a press release: “These products may be contaminated with foreign objects, especially metal filling equipment parts.” He also added that such foreign objects may pose a choking hazard.

; in a 48-ounce biscuit and cream carton.

The 48-ounce container has been sold in 197 Weis Markets grocery stores in Pennsylvania, Maryland, Virginia, Delaware, New Jersey, New York, Delaware, and West Virginia. The company stated that they have now been removed from sales.

The product’s sales deadline is October 21, 2020, located at the bottom of the container. Customers who bought the product can return it and get a full refund.

3 gallons of Klein’s Vanilla bulk ice cream is not for retail sale. The company said it was sold to a retail store in New York and has been demolished.

The company stated that other ice cream products that were packaged on the same day as the recalled items were stored in the warehouse and were not distributed.