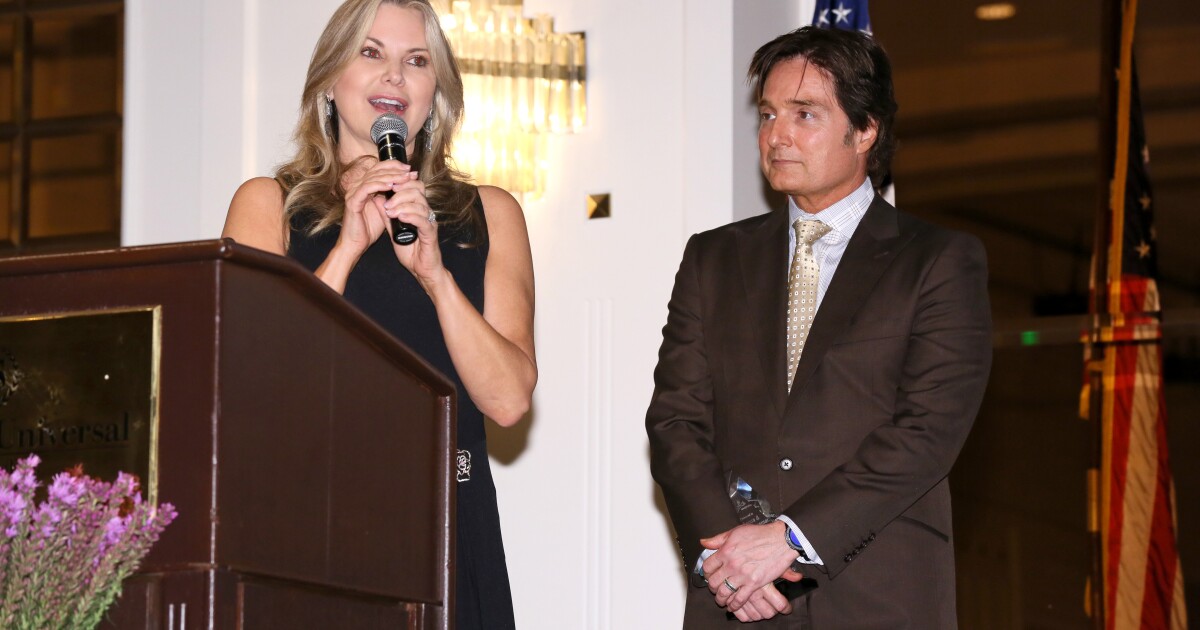 Prosecutors said Wednesday that a hidden mountain woman was facing murder after knocking down two boys in Xihu Village in September and then escaping from the crash site.

The Los Angeles District Attorney’s Office stated that Rebecca Grossman, 57, of the Grossman Byrne Foundation, has been sentenced to two major felony counts, including murder and manslaughter in a vehicle. She also faces a felony, a car crash and a car crash leading to death.

The district attorney’s office spokesperson Pamela Johnson (Pamela Johnson) said Grossman pleaded not guilty to the charges and the bail was set at $2 million. Johnson said that Grossman (Grossman) was released on bail after being arraigned on Wednesday.

7;s lawyer did not immediately return a request for comment.

The prosecutor said that on September 29, Grossman was speeding on Triunfo Canyon Road in Westlake Village, beating and killing 11-year-old Mark and 8-year-old Jacob Iskander. They were with their parents that night. Cross the road on a clear crosswalk.

Prosecutors said that after beating the boy, Grossman continued to drive until he was about a quarter mile from the crash site.

After the crash, officials from the Los Angeles County Sheriff’s Department said that when the mother heard a car approaching them, six family members were crossing the three-way crossing (no traffic lights). Both parents reached out to stop their children, but the two boys were too far from the crossroad.

Shortly after the crash, a boy died at the scene, while another child was pronounced dead in the hospital.

The video of the accident showed a scooter on the street, helmets and roller skates on the sidewalk near the crash site, and a white Mercedes Benz with front-end damage.

If convicted on all charges, Grossman will face up to 34 years in state prison.

Faith E. Pinho, a writer for Time magazine, contributed to this report.