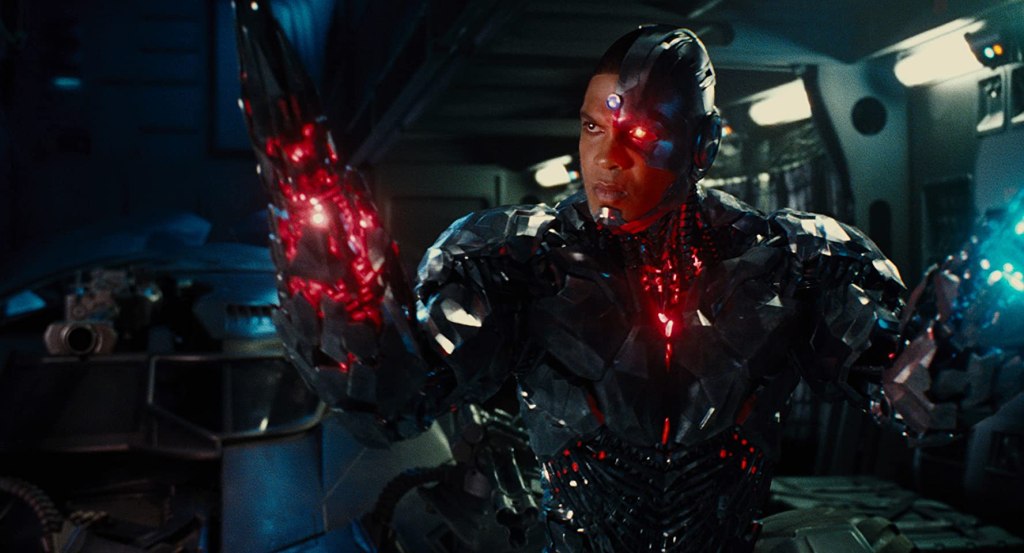 Actor Ray Fisher in the 2017 theatrical version of Joss Whedon (Joss Whedon) Justice League, Talked again about his treatment at the scene.

In the “Forbes” interview released today, Fisher reiterated his previous complaint that when Wheaton took over from the original director Zack Snyder, the actor was abused during the film’s reshoot. . However, Fisher pointed out that racial issues played a role in the decision that led to his claim to be abused, thereby expanding his previous comments.

“Remove people of color from the 2017 theatrical version Justice League It’s neither accident nor coincidence,” Fisher defended in an interview with Forbes. He made several changes, including shortening the release time. These allegations added a new perspective to previous complaints. The toxic behavior of Wheaton and other executives in the movie.

After WarnerMedia appoints Josh Berger to exit, Polly Cochrane Regional Manager for the UK and Ireland

Warner Bros. denied his previous allegations and claimed that Fisher did not cooperate with the studio in investigating his claims.

What Fisher paid special attention to in the Forbes interview was the speech made by the ComicCon team in recognition of Whitton in 2017. Fisher later withdrew his public comments.

“On the one hand, the actor and film crew were told that Zac personally selected the film for Jos to complete the filming. I didn’t realize that was a lie until after the reshoot.” Fisher told Forbes. “I heard whispers and rumblings from behind the scenes, but it was not specific until a long time later. They asked us to go to the San Diego Comic-Con in 2017 and said that Zac chose Jos and Jos is a good person. I still receive Emails of these talking points.”

Fisher intensified the complaint, claiming that even before Snyder left the project, he had created an atmosphere of abuse and unprofessionalism behind closed doors.

Fisher said: “I realized that the notes I finally got from Johns during the reshoot were just a coded version of the racist comments he and other executives said behind closed doors.”

Fisher added: “A lot of what these guys did was to prevent getting fired during the AT&T and Time Warner merger.” “I plan to give a more detailed introduction to each of these guys after the investigation is over-this This interview is only an abridged version.

“These conversations were reported to me by the person in the room. I didn’t realize until I finished talking about Jos Wheaton. What I shared in this interview was neither Warner Bros. (Warner Bros.) HR news is not WarnerMedia news. I reported almost everything to them in July, including Emmerich’s participation.” Fisher said.

“The fact that I have to defend myself in this way is that both parties feel equally free and frustrated. I have always suspected that race is the decisive factor in making things worse, but I will not be able to prove it until this summer.” Fisher said .

He added that the game is just the tip of the iceberg. Among the numerous complaints, he cited threats and unsafe working conditions.

Johns was a special source of Fisher’s anger.

“Geoff Johns posed a serious threat to my career when he was filming again in Los Angeles. Justice League“, Fisher said. “Multiple sources told me that Jos threatened another person’s career related to production.” Toby was told and tried to cover Wheaton instead of dealing with the abuse. This situation must be upgraded to had original to achieve any results. “

In the end, Fisher hopes that this change will stem from his complaints.

“My goal is to make these people no longer the decision makers that affect the content of our world,” Fisher began. “These guys have been in Hollywood for a long time. Their problematic behavior did not start with the AT&T merger, but if it doesn’t end with the merger, I will be condemned.”

Before the deadline, Warner Bros. declined to comment on the claims made in Fisher’s Forbes interview.

Update: Ray Fisher responded to a statement from Warner Bros., calling his “vulgar, insulting” behavior towards the film Justice League. Fisher played “Cyborg” in the movie.

Last Friday, the studio issued a statement claiming that Fisher did not respond to investigators’ allegations of insulting film director Joss Whedon.

It should also be noted that I made it clear to the world on August 21 that I will review investigators to ensure that all witnesses receive fair and protected procedures. @wbpictures has upgraded it to a completely different level, but I am ready for the challenge.

“Thank you for your support, and thank @wbpictures for your spelling and scatter attempts, which made me notorious and continue to protect those in power. I met with investigators through Zoom on August 26.

Thank you for your support, and desperately and scatteredly tried to discredit me through @wbpictures to continue to protect those in power.

I met with investigators through Zoom on August 26. The following is the email I immediately sent to the team and @sagaftra:

Early: Warner Bros. (Warner Bros.) issued a statement tonight, saying it was targeting Justice League The film was produced after it was broadcast by Ray Fisher, who played “Cyborg” in the film.

The investigation originated from a tweet published by Fisher on July 1, accusing director Joss Whedon of “rude and rude” behavior at the scene. Whedon stepped in to complete the director Justice League Director Zack Snyder resigned due to a family tragedy.

Today, Fisher tweeted: “So you can better understand how deep it is: Justice League, I received a call from the president of DC Films. He tried to leave Joss Whedon and Jon Berg off the bus, hoping that I could be consistent with Jeff Johns. I do not know. A> E”

In response to Fisher’s statement that he had spoken in a tweet by DC Films boss Walter Hamada, Warner Bros. fully defended the executives and clarified their situation with cyborgs: even though the studio hired a third-party independent investigator to study Cross-reactions with actors during production Justice League, “So far, Mr. Fisher has refused to speak to investigators tonight.

A Warner Bros. spokesperson issued the following statement on behalf of the company tonight:

“In July, Ray Fisher’s representative ask Walter Hamada, president of DC Films, will talk to Fisher about his concerns during the production process Justice League. The two have said before Mr. Hamada asked him to become a Warner Bros. cyborg again. “Coming soon flash Movies, and other members of the Justice League.

“In the conversation in July, Mr. Fisher recounted his disagreement with the film creative team regarding his portrayal of Cyborg, and complained that his suggested script revision was not adopted. Mr. Hamada explained that creative differences are a normal part of the production process, and the screenwriter/director of the film must ultimately be responsible for these matters.

“It’s worth noting that Mr. Hamada also told Mr. Fisher that he would raise his concerns to WarnerMedia so that they can investigate. As Mr. Fisher falsely claimed, Mr. Hamada was Have not had the experience of “throwing anyone off the bus”, and have not done anything about Justice League The production that Mr. Hamada did not participate in, because the filming was performed before Mr. Hamada was promoted to his current position.

” Although Mr. Fisher has never claimed any actionable misconduct against him, WarnerMedia has launched an investigation into his concerns about the character’s image. Mr. Fisher was still dissatisfied and insisted that WarnerMedia hire an independent third-party investigator.