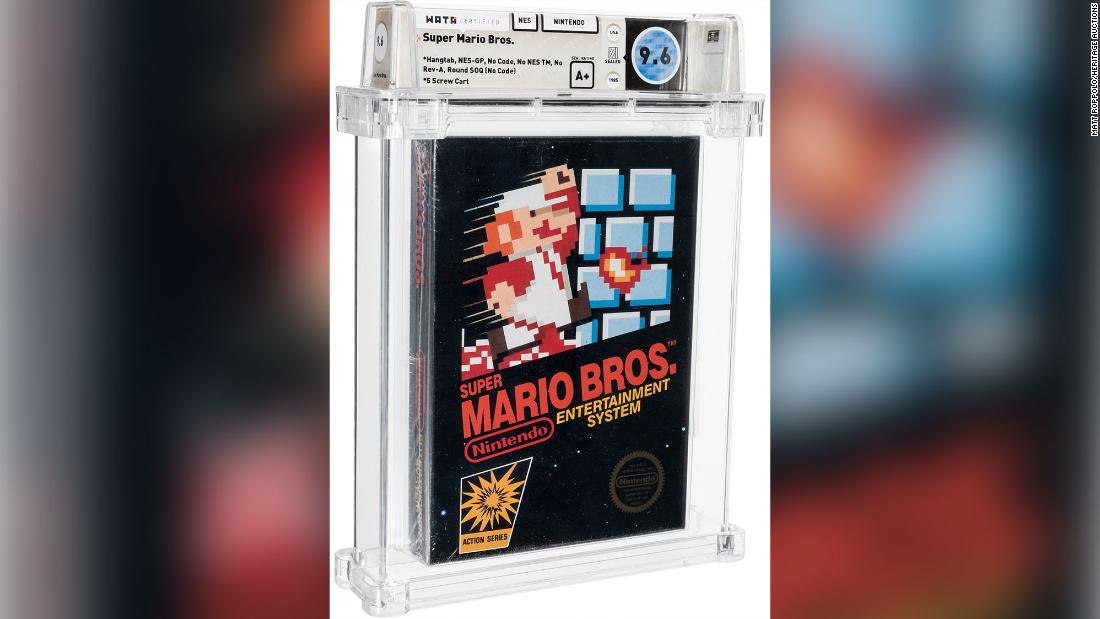 The Dallas-based auction company stated that the NES cartridge was purchased as a Christmas gift in 1986, and it remained untouched until the seller discovered it at the beginning of this year.

The seller, who asked not to be named, said in a press release: “Since the day I bought it, it has been at the bottom of my desk.” “I never thought about it.”

According to the auction company, it is also one of the earliest versions of the game in a smaller package instead of a stamp.

A specific version of the game was first released in 1986, but Nintendo changed the packaging in early 1

987, so only a relatively small portion was sold.

“Because the production window for this copy and other similar copies is very short, finding another copy from the same production run under the same conditions is similar to looking for a drop of water in the ocean,” said Valarie McLeckie, the company’s video game director. Heritage auction. “Never say forever, but it may not be possible.”

According to Heritage, the 1985 version of the game was sold for $114,000 in July last year, which was the highest price ever paid for a video game.
The company said that the sealed version of Super Mario Bros. 3 broke this record in November and sold for $156,000.