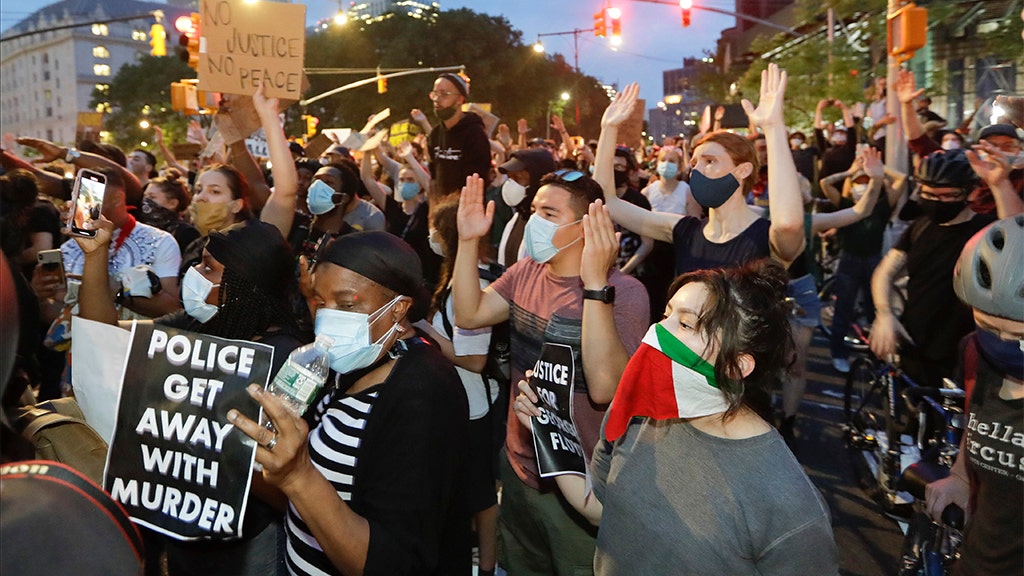 After violent attacks in the Middle East this week, Israeli and Palestinian support clashed on the streets of New York City.

New York police tried to isolate the groups, but videos posted on social media showed that the demonstrators broke free in order to try to beat each other.

Pro-Israel and pro-Palestinian organizations are relatively small, but their shouts and repeated attempts to attack each other attracted a group of people in front of the Israeli consulate in Manhattan.

The Israeli “Times” reported for the first time that due to safety precautions, the staff of the Israeli consulate in New York City was deported back to the country before the protest on Tuesday.

Rally activities in support of Palestine continue to emerge around the world, and some activities are planned in the United States, Canada, the United Kingdom and Europe.

Another “all-out Palestine” protest is expected to take place in New York on Wednesday.

Since Monday, Israel and Palestine have exchanged fire, causing hundreds of injuries and at least two Israelis and 32 Palestinians dead.

Tor Wennesland, the special coordinator for the Middle East peace process, urged Israelis and Palestinians to stop their aggressive retaliation on Tuesday night and warn against “full-scale war”.

He said in a statement: “Leaders of all parties must bear the responsibility for demotion.” “The cost of the Gaza war is devastating and is paid by ordinary people. The United Nations is working with all parties to restore calm. Stop violence now.”