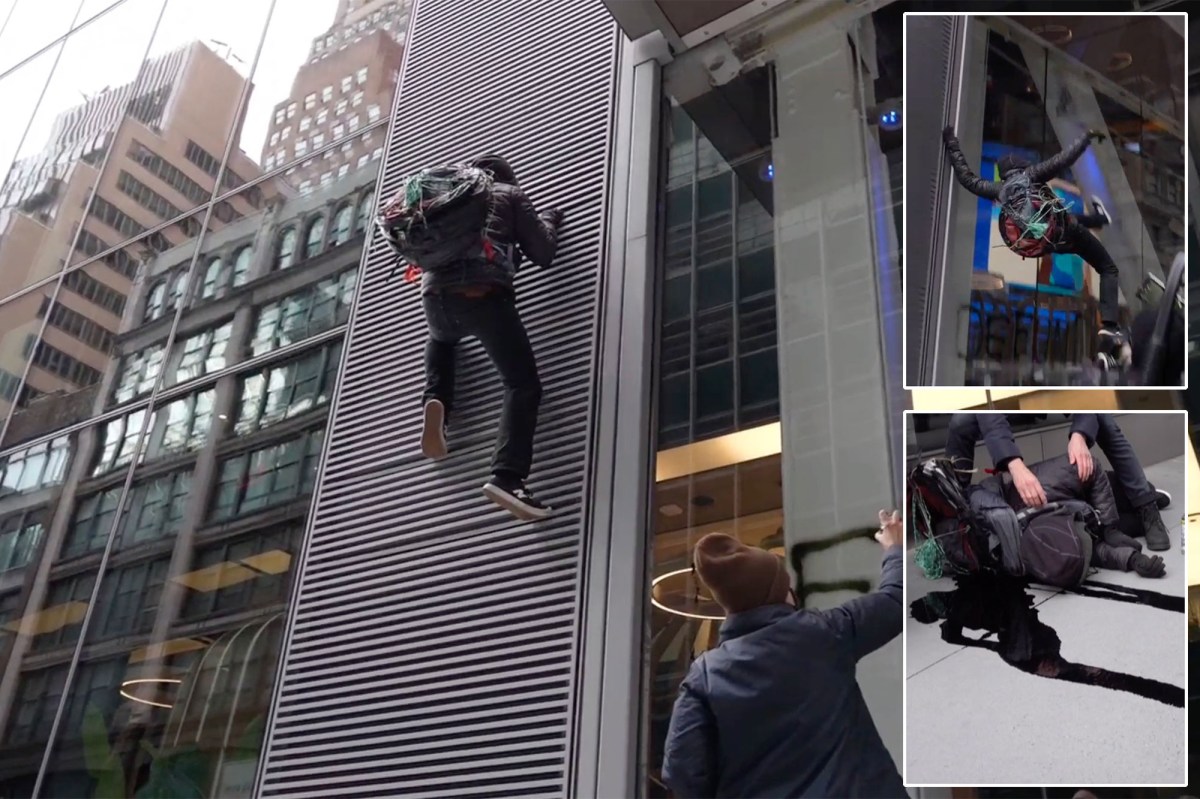 Anti-capitalist protesters were in Lower Manhattan on Friday-the video shot a man chasing Chase Bank and then plummeted.

A video taken by FreedomNews.TV and posted to Twitter shows a demonstrator climbing up the bank building on Madison Avenue between East 46th and 47th Streets, hearing drums and chants, and a man shouting protesters” get off!”

The video showed that the climbing protesters suddenly lost control and fell onto the sidewalk.

When he was injured on the ground, other demonstrators quickly rushed towards him, and then the black paint in the spray leaked from his school bag and the entire sidewalk.

Then, the first responder arrived at the scene to provide assistance to the demonstrators.

Officials said the man was eventually taken to Bellevue Hospital.