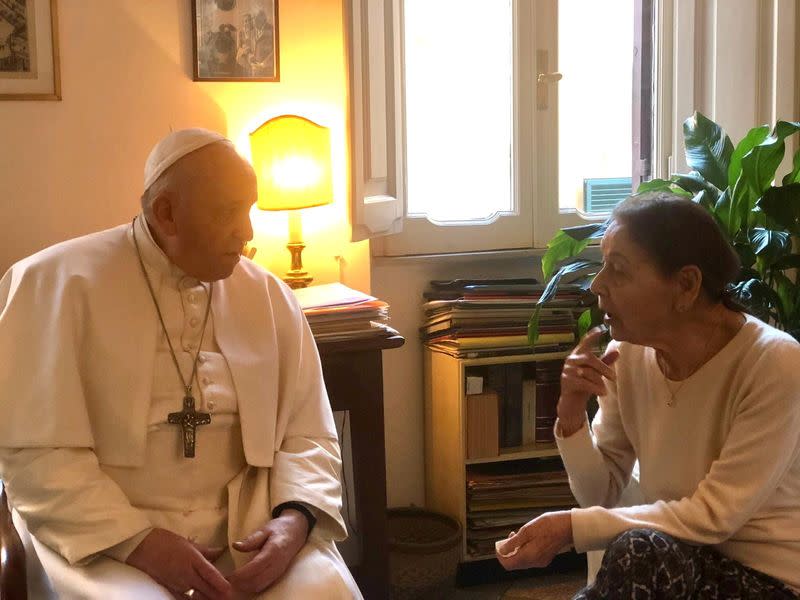 Vatican City (Reuters)-Pope Francis accidentally visited the Hungarian-born Holocaust survivor and writer Edith Brooke on Saturday and Saturday, and paid tribute to all those killed by the Nazis “insanity”.

Bruck, 89, lives in Rome, was born into a poor Jewish family, spent time in a series of concentration camps, and lost his father, mother and brother.

The Vatican spokesperson announced the visit after the visit. She said the two talked about her time in the camp and the importance of letting future generations know what happened.

The Vatican quoted the Pope’s speech to Brooke as saying: “I’m here to thank you for your testimony and to pay tribute to the people who were marred by the insanity of Nazi populism.”

Brooke has lived in Italy for decades and writes in Italian. She was 1

3 when she and her family were taken to the German-occupied Auschwitz concentration camp in Poland.

Her mother died there, and her father died in Dachau, Germany. While in Dachau, she dug war es and laid railway sleepers (bandings), which she recently told the Vatican newspaper Osservatore Romano.

She later spent time in Christianstadt, a sub-camp of the larger Gross-Rosen camp. She was finally wounded in Bergen-Belsen and was liberated by the Allies in 1945.

The Nazis and their allies murdered approximately 6 million Jews and others in Germany-occupied Europe.

The Pope rarely leaves the Vatican for private visits. He worked with Brook for about an hour, who wrote novels, plays and directed films.

Last month on Holocaust Remembrance Day, the Pope who visited Auschwitz in 2016 urged people to pay close attention to ideological extremism because “these things may happen again”.