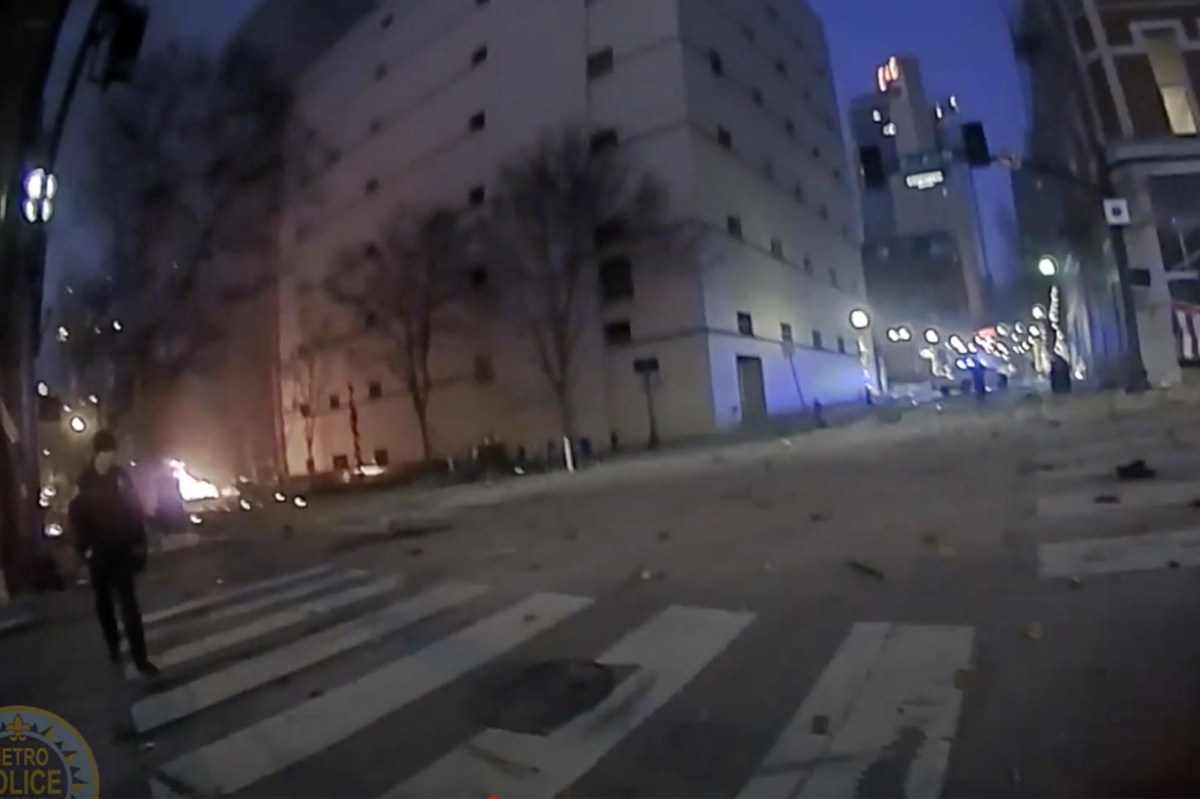 The creepy police body camera footage released on Monday captured the uneasy mood before the Christmas explosion in Nashville-then the deafening explosion itself and the chaos a few minutes later.

The stunning footage was taken by the camera of Officer Michael Sipos, one of the first six police officers on the scene to investigate the suspicious RV, which evacuated with a sound warning around 6:30 on Christmas morning.

This nearly 13-minute video started with Sipos and his companion police, urging local residents to clean up-the ominous message of the RV itself echoed in the empty reverberations on Second Avenue.

“Your main goal is to evacuate these buildings now,”

; a woman’s voice was heard in an automatic recording from the RV. “Don’t approach this car.”

The police can be heard making comments on the tense scene.

“That’s weird,” Sipos said. “It’s like something in a movie.”

I heard another policeman asking “anti-ransom?” referring to the dystopian terror series.

When passing the RV, a lawyer pointed out that the vehicle was sitting outside the key AT&T building.

The official said: “The building next to it is the building with all hard-wired telephones in the entire southeast.”

“It makes sense,” the other replied. “A good place to put a bomb.”

Since then, researchers believe that the suicide bomber Anthony Quinn Warner may have targeted buildings for disability services, possibly due to paranoid fear of 5G cellular technology and surveillance.

In the end, Sipos closed Second Avenue and returned to the car he marked.

Only a few seconds after Sipos opened the trunk, a thunder-like explosion could be heard in the distance, followed by the harsh sound of car alarms.

Sipos calmly put on his protective vest, closed his suitcase, and walked towards Second Avenue. Second Avenue is now littered with broken glass and other shrapnel.

He returned to Second Avenue in time, captured the RV in the flames with a camera, and a few swaying locals emerged from the building, asking the police unanswered questions.

Within minutes of a major explosion, intermittent explosions may be heard. A police officer warned that this may be the explosion of the ammunition in the RV.

“We are listening to middle school. It may be the ammunition in the car.” A policeman can be heard saying via police broadcast. “Don’t make it public. Don’t show up in public on Second Street.”

When medical staff and firefighters poured into the scene, more curious bystanders were also asking what happened.

“Man, believe me, take that path.” Sipos instructed a civilian, pointing to the explosion site.

The explosion killed Warner, wounded three other people, and caused huge collateral damage, including telephone service throughout Tennessee and the South.

Investigators said the 63-year-old IT expert appeared to be acting alone.