OSIRIS-REx successfully deposited a sample of the asteroid Bennu 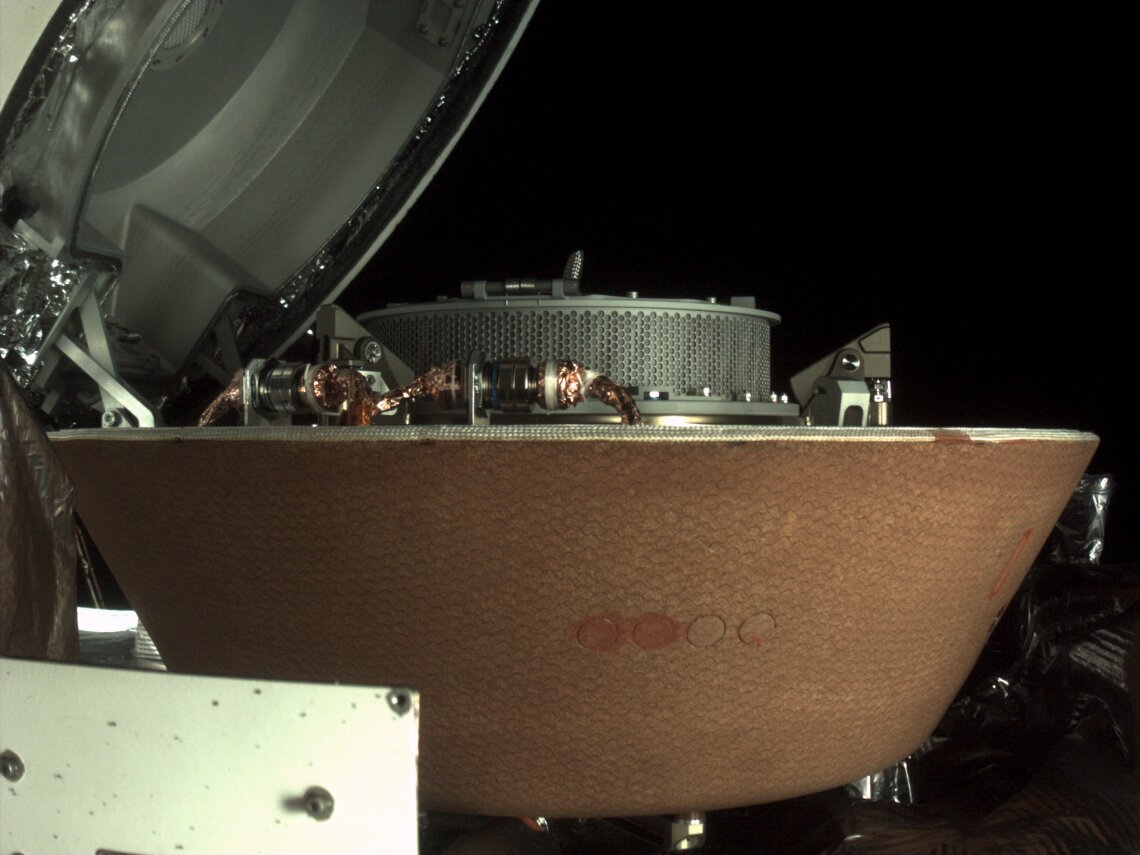 The National Aeronautics and Space Administration (NASA) OSIRIS-REx mission led by the University of Arizona successfully stored the spacecraft’s “sample return capsule” and its abundant asteroid Bennu samples. On October 28, the mission team sent an order to the spacecraft to close the capsule, marking the end of one of the most challenging phases of the mission.

OSIRIS-REx chief researcher and professor of planetary science at the University of Arizona Dante Lauretta said: “I am very grateful to our team for working so hard to collect the sample as soon as possible.” “Now, we look forward to receiving the sample on Earth and opening the capsule.”

NASA Administrator Jim Bradenstein said: “OSIRIS-REx represents the achievement of NASA and the world and elevates our vision to achieve higher goals as a team and a nation. “In general, a team of industry, academia, and international partners, as well as a talented and diverse team of NASA employees with various expertise, has moved us towards collecting samples from space on Earth. Greatly increase our plan. Changing our understanding of the universe and ourselves is the foundation of all NASA efforts. “

The task team spent two full days executing the loading procedure and began preparations for the loading event on October 24. Compared with other spacecraft operations, the process of loading samples is unique and requires continuous supervision of the team and two days of investment. In order for the spacecraft to proceed through each step in the stowage sequence, the team must evaluate the images and telemetry of the previous step to confirm that the operation was successful and the spacecraft is ready to continue. Given that OSIRIS-REx is currently more than 205 million miles away from the earth, this requires the team to also provide a delay of more than 18.5 minutes for signals propagating in each direction.

Throughout the process, the OSIRIS-REx team continuously evaluated the wrist alignment of the plug-and-play sample collection mechanism to ensure that the collector head is correctly placed in the sample return capsule. In addition, the research team also checked the images to see if any material leaked from the collector head to confirm that no particles would hinder the loading process. StowCam’s stowage sequence images showed that some particles escaped during stowage, but the research team was convinced that a large amount of material remained inside the head.

Rich Burns, OSIRIS-REx project manager at NASA Goddard Space Flight, said: “Given the complexity of placing the sample collector head on the capture ring, we hope it will take some attempts to get it to the best position. Green, Maryland Belt’s Center. “Fortunately, the head was captured on the first attempt, which allowed us to quickly perform the retracting procedure. “

By the evening of October 27th, the spacecraft’s “go-and-go” sample collection mechanism (ie, TAGSAM) arm put the collector head in the “sample return capsule”. The next morning, the OSIRIS-REx team verified that the collection head was completely fixed in the capsule by performing an “exit check”. This sequence commands the TAGSAM arm to try to withdraw from the capsule, then pull it onto the collector head and ensure that the latch is firmly secured.

“I want to thank the University of Arizona, NASA Goddard, Lockheed Martin’s OSIRIS-REx team and their partners, especially the SCaN and Deep Space Network personnel of NASA and JPL, for their tireless efforts to provide us with Bandwidth, we need to achieve this milestone early or even hundreds of millions of miles away,” said Thomas Zurbuchen, NASA’s deputy director of science at NASA’s Washington, DC headquarters. “For NASA, what we’re doing is a real first step. The achievements at Bennu have benefited us for decades.”

On the afternoon of October 28, after the evacuation inspection, the task team sent an order to disconnect the two mechanical parts on the TAGSAM arm, which connected the sampling head to the arm. The spacecraft first cut a test tube containing nitrogen, which agitated the sample through the TAGSAM head during the sample collection process, and then separated the collector head from the TAGSAM arm itself.

That night, the spacecraft completed the final step of the sample storage process-closing the sample return module. To secure the capsule, the spacecraft closed the lid and then secured two internal latches. As of October 28, Bennu’s sample has been safely stored and is ready to travel to Earth.

The stowage process, which was originally planned to begin in early November, was accelerated after sample collection, and images received by the mission team showed that the spacecraft’s collection head was full of material. These images indicate that the spacecraft has collected more than 2 ounces (60 grams) of Bennu surface material, and some particles appear to be slowly escaping from the head. The Mylar flap that is designed to keep the sample inside the head seems to be wedged by some larger rocks. Now that the head is firmly fixed in the sample return capsule, the sample fragments will no longer be lost.

The OSIRIS-REx team will now focus on preparing for the next phase of the mission, the return of the earth to cruise. The departure window will be opened in March 2021 for OSIRIS-REx to start sailing home. The spacecraft’s goal is to deliver the sample return capsule to Earth on September 24, 2023.

Provided by the University of Arizona