Orthodox priest was seriously injured in the French shooting, the suspect held 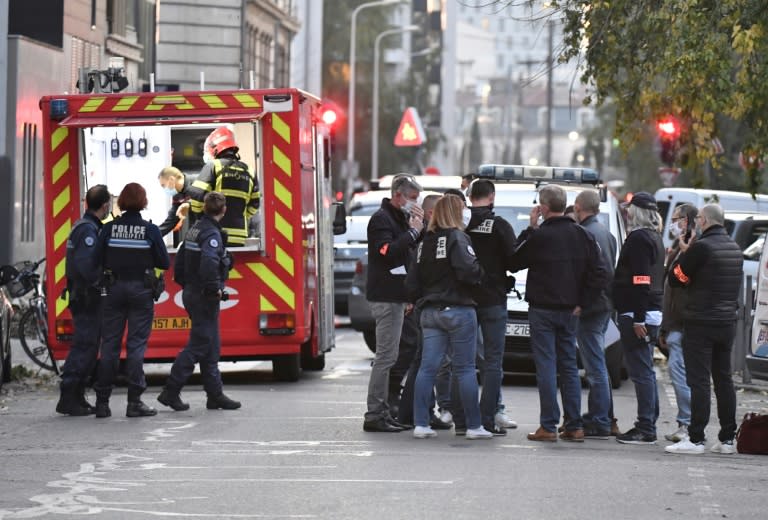 Police sources said an attacker wearing a saw gun wounded a Greek Orthodox priest in a shooting in the French city of Lyon on Saturday.

The source, who asked not to be named, said that Nikolaos Kakavelaki, 52, closed the church at noon when he was attacked and is currently in a serious condition.

The attacker fled the scene, but then the prosecutor in Lyon, Nicolas Jacquet, announced that the suspect had been arrested.

Jacquette said: “A person who may match the description of the original witness has been released on bail,” he added, adding that the suspect did not carry a weapon when he was arrested.

The motive of the attack is unclear, but it happened at a time when France was already killing three people in the church and killing a teacher who was beheading a cartoon of a prophet Muhammad.

According to sources close to the investigation, the priest shot twice in the chest at close range.

The Lyon prosecutor’s office said in a statement that witnesses then heard gunshots, “saw a man running away and found a man with gunshot wounds at the back door of the church.”

The Ministry of the Interior said that “security and emergency personnel were on the scene” and warned people to “avoid the area where the attack occurred.” The search for the attacker is in progress.

6;Europe will not succumb to terrorism’-

David Sassoli, the President of the European Parliament, responded to Saturday’s attack, saying that “Europe will never succumb to violence and terrorism.”

The Conference of French Orthodox Bishops (AEOF) stated that it “condemns acts of violence that threaten lives and spread a general atmosphere of insecurity”.

The small Orthodox church is located in a residential area of ​​Lyon. The area is particularly quiet due to the new lockdown measures adopted by France on Friday to prevent the growing coronavirus pandemic.

In Paris, Gerald Darmanin, Minister of the Interior, convened a crisis team meeting to review the situation.

Prime Minister Jean Castex said that “the government is determined to let everyone worship in total safety and freedom.”

A few days before the shooting, three people were killed in a knife robbery in a church in the southern town of Nice.

The Tunisian suspect was shot by police near the scene of the attack.

After the satirical Charlie Hebdo magazine republished the cartoons of the Prophet Muhammad in early September, France had become nervous, followed by an attack outside its former office, the beheading of a teacher and the attack in Nice.

The Minister of Foreign Affairs, Jean-Yves Le Drian, warned that French citizens face security risks “wherever they are” and said that an alert has been issued to all French nationals abroad.

France again imposed a coronavirus lockdown on Friday, but the government has exempted places of worship until Monday, enabling them to celebrate Christian Halloween on Sunday.

-France is on high alert-

Since the massacre in Charlie Hebdo in January 2015, France has been on high alert, marking the beginning of a jihadist attack that has killed more than 250 people.

Tensions have increased since the trial began last month (for the 14 suspected associates in the attack).

After the deadly attack in Nice, President Emmanuel Macron announced that the French roadside military forces will increase surveillance of churches from 3,000 to 7,000.

He said that school safety will also be strengthened. During the new lockdown, the school remains open.