Oregon hits another 575 new cases, another record for coronavirus 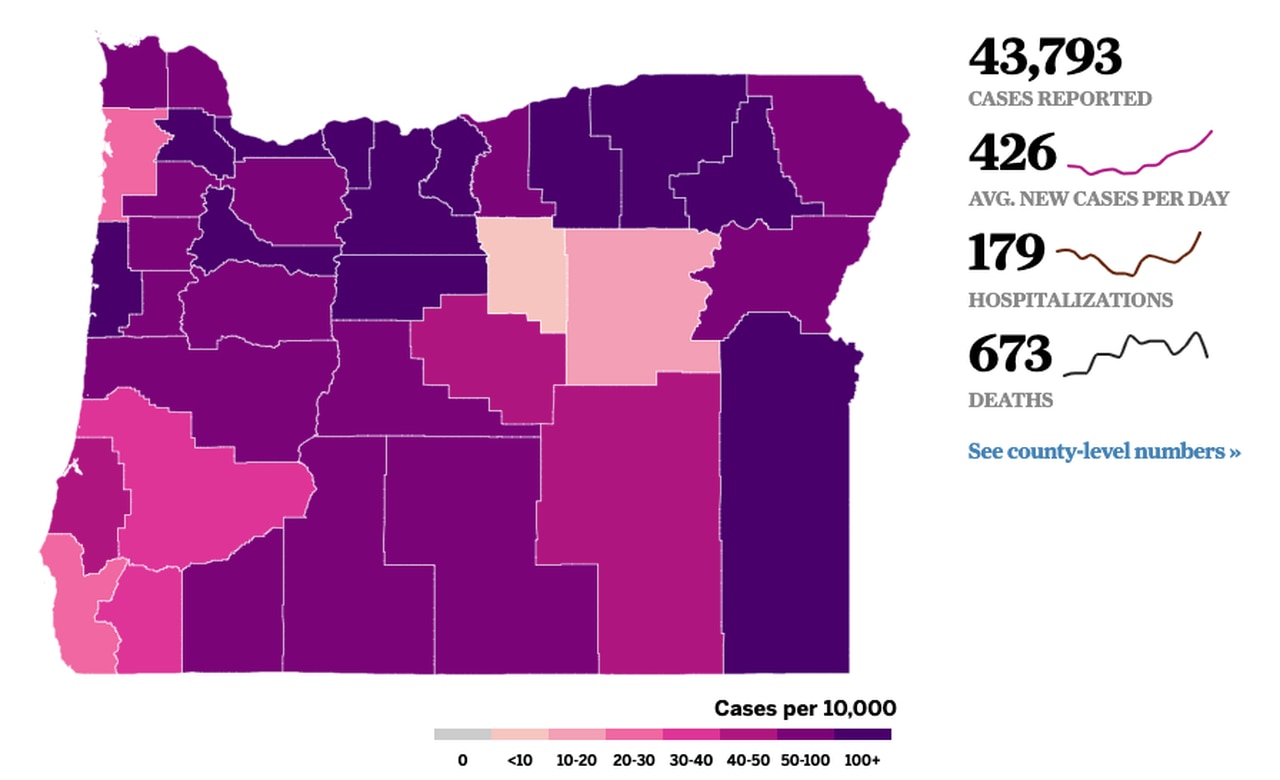 The Oregon Department of Health also reported two deaths related to the virus.

The previous new daily record of 550 cases was set on Friday less than a week ago. At the same time, the record total on Thursday brought the state’s daily average of 426 cases in the past week, also setting a new high. Oregon has reported at least 300 cases for 1

The positive rate on Thursday was 6.9%, which shows that the high number of new cases is not just the result of more tests, although officials did report more tests than usual. At least three counties in Oregon-Clackamas, Jackson and Washington-record daily cases reported by health authorities.

Another disturbing indicator is that the number of hospitalized patients is increasing. On Thursday, the state reported that 179 people with confirmed COVID-19 cases are actively being hospitalized, which is the highest number since the state began to announce the numbers in April.

Of these, 59 were in the intensive care unit and 22 were on a ventilator.

The state still has hundreds of ICU beds, but if it follows the current trajectory, officials predict that Oregon’s hospitals will reach full capacity from mid-December to the end of the month.

New death toll: The 672nd death from the coronavirus in Oregon was a 96-year-old Multnomah County woman who tested positive on September 24 and died in Legacy Hill on October 28. Hood Medical Center. She has potential conditions.

The state’s 67th COVID-19 death was a 94-year-old Marion County woman who tested positive on October 22 and died in her residence on October 27. She has potential conditions.

Infection rate: State officials reported that of the 7,713 people tested, there were 532 newly confirmed infections, with a positive rate of 6.9%.

Since the beginning: Oregon has reported 43,793 confirmed or presumed infections, of which 673 have died. So far, 846,567 Oregonians have been tested.

Mark Friesen contributed to this report.