قالب وردپرس درنا توس
Breaking News
Home / US / On COVID-19, Andrew Cuomo scolded himself with his own words

On COVID-19, Andrew Cuomo scolded himself with his own words 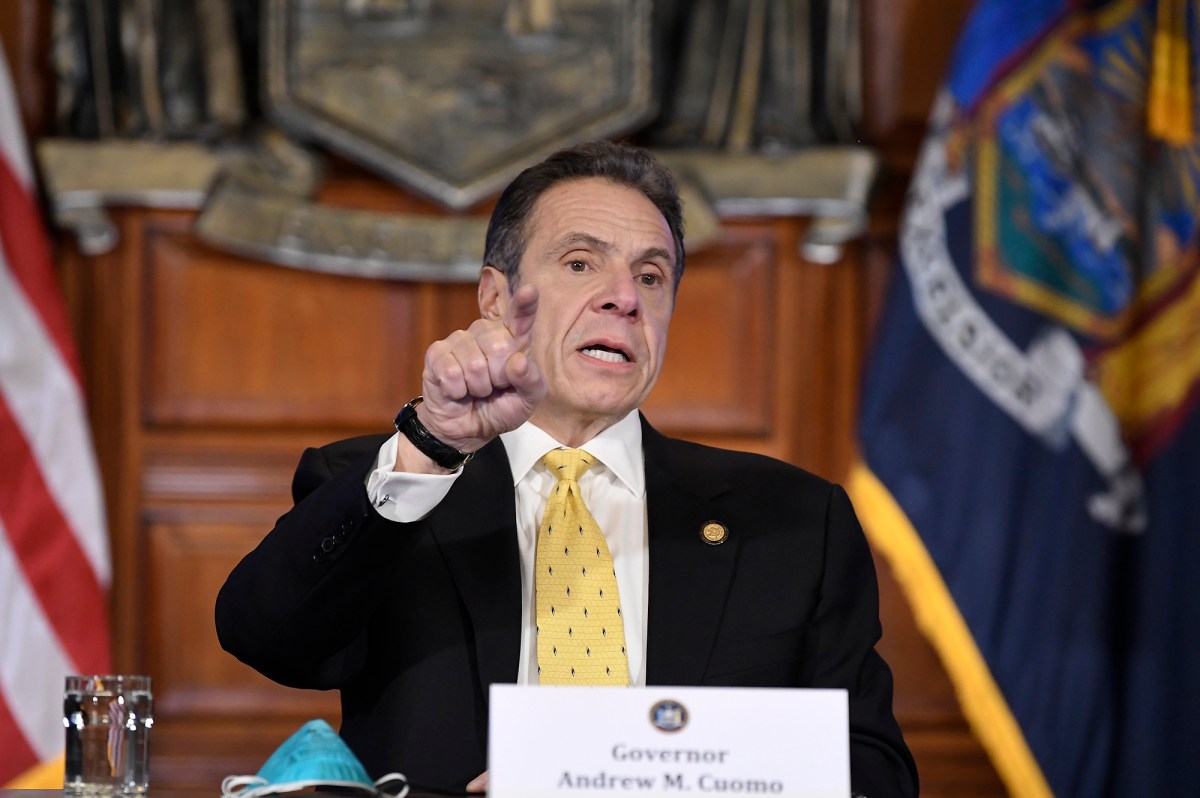 When COVID-19 spread throughout New York at an alarming rate, Governor Cuomo took bold and courageous actions to contain the crisis.

On March 3, Cuomo held an anti-e-cigarette rally in Albany and attached the hashtag #NoVapeNY. Too bad, he did not think of a hashtag to fight COVID-19. On the contrary, Cuomo sent a simple message to the people of New York for most of March: Don’t worry anymore.

;, “the truth is not worth the level of anxiety we see.” He unceremoniously declared: “In this country, more and more people are dying of flu” and “This is not the Ebola virus.”

However, it was not just his understatement of the virus that caused the damage. That was his crazy and inconsistent decision.

When Coomo began his eight-month self-reinforcing campaign, he repeatedly criticized President Trump for his slow response. But on March 16, just as Trump advocated a national shutdown, Cuomo refused. Instead, he limited the allowable size of gatherings to 50: five times Trump’s national guidelines. While announcing the news, he said that the federal government “was behind on the first day of this crisis.”

Cuomo continues to claim that it will not close on March 17th and 18th. Even on March 19, he boasted to reassure a panicked friend and told this person who may be a mythical figure that “the shutdown will not happen.” It happened the next day.

Compared to Cuomo’s creepy health instructions on March 25, all this pales in strength. The order forces nursing homes to import known COVID-positive patients, while prohibiting the institution from testing new or returning residents for the virus. Peter Ajemian, Cuomo’s director of communications, will eventually try to justify the policy and tell Fox News that the governor is trying to prevent “nursing homes from discriminating against COVID patients.”

The Acute and Long-Term Care Medical Association publicly asked the governor to reconsider. They say that nursing homes are “undersupply” and that their “ability to provide high-quality infection control” is limited. It states: “Many houses do not have private rooms.” They warned that this could cause “serious or even fatal consequences.” Regardless, Cuomo did it.

Although we still don’t know the scale of the tragedy, thousands of people will die in these nursing homes because Cuomo refuses to tell New Yorkers the truth. As the Associated Press pointed out: “Unlike other states with severe outbreaks, New York only counts residents who died of nursing home properties, not those who were transported to the hospital and died there.”

On the same day Cuomo issued the order, he will be poetic in front of the dark media: “These are our grandparents. We will do everything we can to protect each of them. I would like to say to the people of New York State that we are doing this.”

It’s hard to overestimate the cruelty of this statement, which was said coldly on the day he destroyed many lives.

However, Cuomo has the courage to continue to promote his memoir “American Crisis: Leadership Lessons from the COVID-19 Pandemic.” In addition to personal enrichment, he obviously wants to distract his disastrous performance, put the blame on others, and boldly rewrite history.

We cannot allow it to happen.

“New York won.” This is how Cuomo summed up the fight against COVID-19. If this is the pleasure of victory, I don’t want to see the pain of defeat.

Stu Burguiere is the host of the “Stu of America” ​​show on BlazeTV. Twitter: @StuDoesAmerica