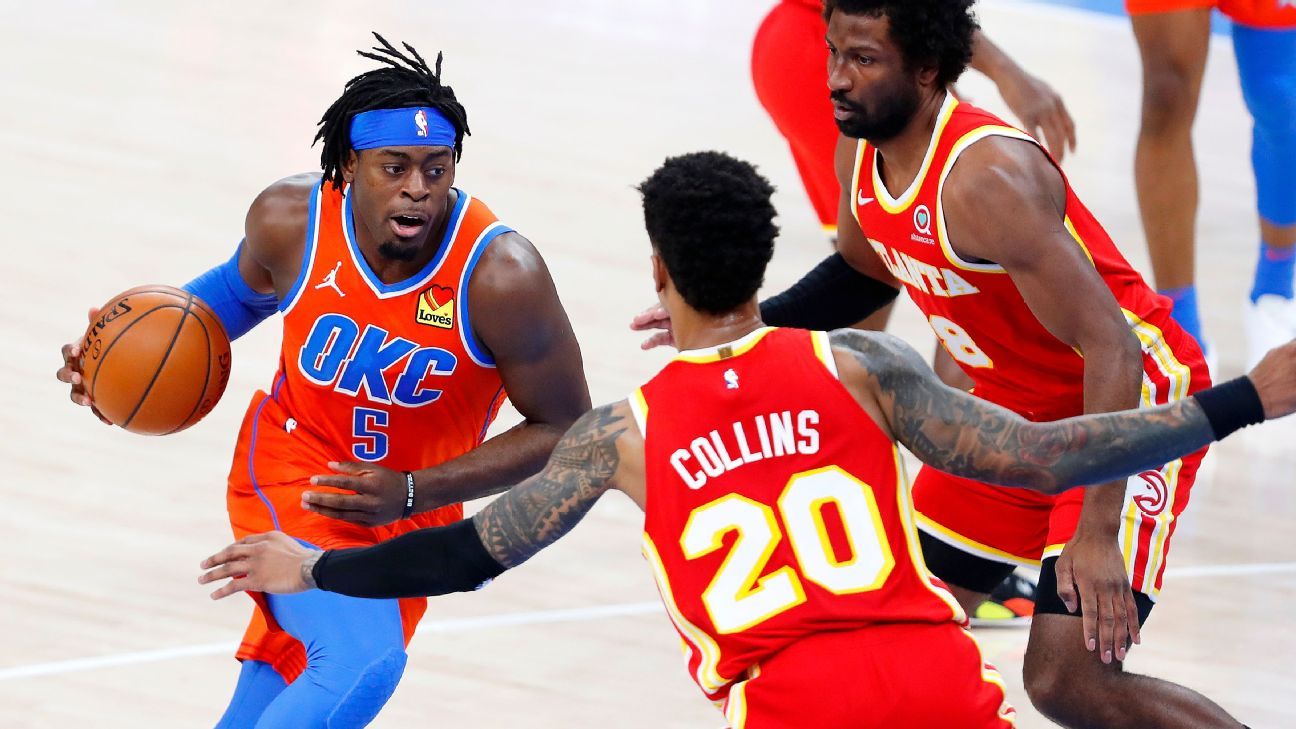 Despite leading the Atlanta Hawks by 8 points during Friday’s halftime break, the Oklahoma City Thunder made a drastic second-half adjustment: They completely changed their jerseys.

Due to a failure in the uniform selection and approval process, the Thunder and the Eagles wore very similar colors in the first half. The Eagles wore a red “icon” uniform and the Thunder wore an orange “statement”.

On TV, this combination is particularly bad.

A Thunder spokesperson said the league requested a change of jerseys. The Eagles only had red “icon” jerseys during the trip, so the Thunder changed to white in the second half.

As the team wears a variety of combinations and alternations, and no longer adheres to the traditional home white and road color standards, the input system called LockerVision was used to complete the uniform selection process before the entire season. The home team chooses first, then the road team.

A spokesperson for the league said that the league double-checked and approved all combinations, but the Thunder and Eagles passed the approval process by mistake.

Usually, when contrasted with the red-orange problem of Oklahoma State University and Atlanta, the league will catch it and correct it before it happens. According to alliance sources, this is the first time in more than 4,000 games since the introduction of the system.

There are other notable faults in the basketball wardrobe. For example, the Argentine women’s national team canceled a game at the 2019 Pan American Games due to an error in the jersey used for the game. In the 2002 NIT, both Syracuse and South Carolina wore white uniforms. Syracuse changed clothes in the first half of the month, wearing orange tops and white shorts.