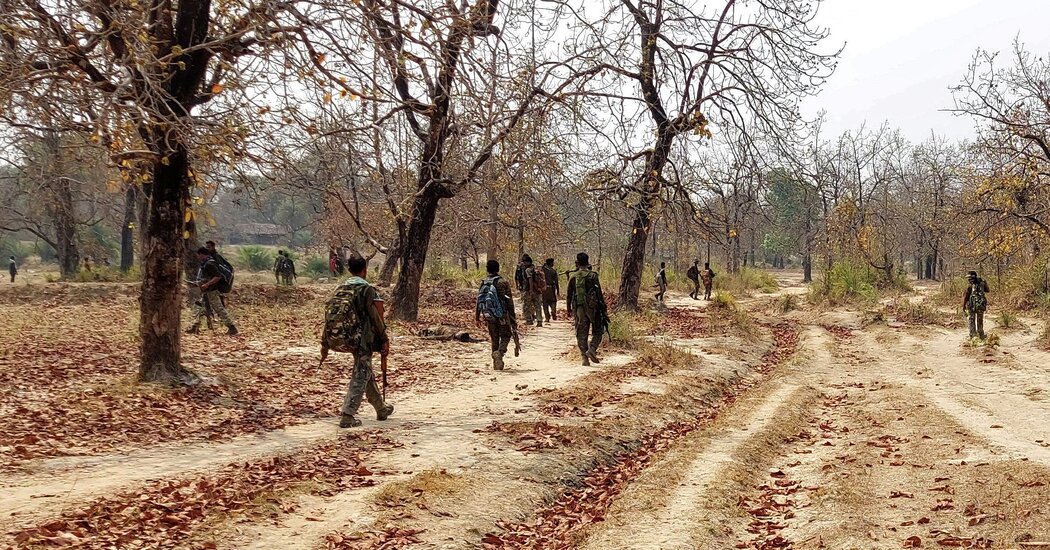 Officials said on Sunday that at least 23 Indian security forces were killed in an ambush by Maoist militants in Chattisgarh, Madhya Pradesh, reviving fears about decades of rebellion.

On Saturday, after the insurgents ambushed them in a four-hour exchange of fire, a large number of Indian security personnel were clearing the densely forested area on the edge of Bijapur.

Avinash Mishra, deputy chief of the Bijapur City Police Department, said another 31 security personnel were injured in the attack.

He said that militants, commonly known as Naxalites, also suffered serious casualties, adding that the body of one insurgent remained at the scene and the rest were cleaned by tractors. Mr. Mishra said that the rebels managed to confiscate the weapons of the dead soldiers.

India’s Minister of the Interior and the official in charge of domestic security affairs, Amit Shah, confirmed the death and shortened the campaign in northeastern India to fly to New Delhi and lead the response, including finding the attackers.

Shah said: “In order to defend the country, the blood of our soldiers will not be wasted.” “Our struggle with the Naxalists will continue with greater determination and vitality.”

The history of the insurgents can be traced back to the communist politics of the 1960s, when they committed violence against the country in the name of supporting the poor and marginalized peoples of India. Their influence was once so widespread and attacks were so frequent that the Prime Minister of India declared them in 2006 as the country’s “biggest internal security challenge”.

However, by combining military operations involving tens of thousands of paramilitary forces with economic support, the Indian government has narrowed the scope of activities of the insurgents in the past decade. These areas have been used by the insurgents as bases for activities and conscription. Official data show that the insurgents had carried out activities in about 200 areas during their peak period, but last year they were limited to less than 50 areas.

The government has hunted down rebel leaders, killed a large number of rebel leaders or forced them to surrender, and the frequency and effectiveness of insurgent attacks have declined.

Despite this, the organization continues to launch immediate attacks, ambushing security forces on friendly terrain, and causing casualties in fatal battles. According to data from the South Asian Terrorism Portal, 56 people (including security forces, insurgents and civilians) were killed in Maoist violence this year before the attack on Saturday.