“Nicole is a traitor”: Armenian Prime Minister opposes World News after refusing to make a deal with Nagorno Karabakh 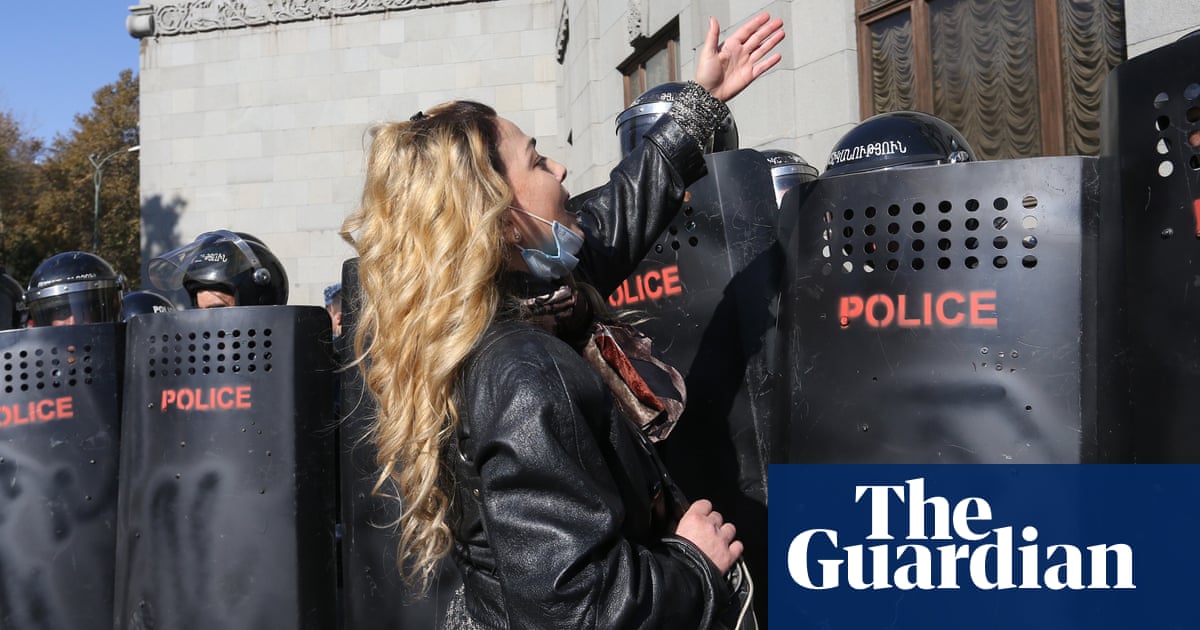 The Office of the Prime Minister of Armenia has stated that the opposition is not allowed to seize power by force, because the fierce protests continued for the second day after Nagorno Karabakh signed the ceasefire agreement.

On Wednesday, thousands of protesters ignoring the martial law, gathered in the center of Yerevan, the capital of Armenia, and called on Prime Minister Nikolai Pasinyan to resign. On Monday night, he signed a ceasefire agreement with a Russian broker, ceding the territory to Azerbaijan, which was won in a bloody war in the 1

990s. The protesters chanted: “Nicholas is a traitor.”

Although the opposition party has only one in the parliament, it has issued an ultimatum for Pashinyan to step down before midnight. Pashinyan’s chief of staff fired back: “We will not allow criminals to be in power and will take all measures required by law to do this. There is no doubt.”

Moscow said on Thursday that more than 400 Russian peacekeepers have arrived in Nagorno-Karabakh as part of a deployment of nearly 2,000 people that will remain in the region for the next five years. The deployment map released for the first time on Wednesday shows that Russia will maintain 16 observation stations, including many along the Lachin Corridor, an important lifeline between Armenia and Stepanakert.

However, there are many questions about how the draft ceasefire will be implemented, including the return of refugees to the region, the unoccupied territories of Azerbaijan during the war, and the final status of the Nagorno-Karabakh government supported by Armenia. The Russian peacekeeping mission ended.

Then there is Turkey, the main supporter of Azerbaijan, which claims that although Russia and Armenia have repeatedly denied this situation, it will send peacekeepers to Nagorno-Karabakh.

Turkey is not a party to the ceasefire, and there is no mention of Turkey in the agreement to provide a mandate for the Russian peacekeeping mission.

However, Turkish President Recep Tayyip Erdoğan (Recep Tayyip Erdoğan) said on Wednesday that he wants Turkish troops to monitor the Karabakh ceasefire on the grounds that he signed a memorandum of understanding with Russia. The document has not yet been made public by the Kremlin.

“Turkey will join the peacekeeping force [Karabakh] Monitor the implementation of agreements reached with Russia. “

Although Erdogan’s remarks seem vague and Turkey has no reason to send peacekeeping forces to Nagorno-Karabakh, the conflict between Turkey and Russia may undermine the political future of the ceasefire agreement.

Turkey’s diplomatic support to Azerbaijan and the provision of military technology, including drones, helped it quickly occupy the Nagorno-Karabakh mountains. The ceasefire was victorious in Baku and Ankara, and Erdogan called it the end of the “occupation”.

The deployment of Turkish forces to the area will intensify tensions in Armenia, and here, Ankara’s forces are considered guerrillas. Moscow postponed again on Wednesday, saying that there is no agreement to allow Turkish troops to monitor the ceasefire between the two former Soviet countries.

“No, there is no news about the joint peacekeeping force. This topic has never been discussed. The joint interactive zone will be in Azerbaijan. This will not be Karabakh. We are talking about the monitoring center.” Kremlin spokesperson Dmitry Said Li Peskov.

On Wednesday night, the head of the Nagorno-Karabakh government, Artsakh, urged Armenians not to flee the area because Azerbaijan has strengthened its control over the surrounding areas.

He said: “We do not have the final decision.” “But I want to tell you that the road will be safe. Please do not transfer your property from Alsakistan to Armenia. You will see that we will live in Artakh.”