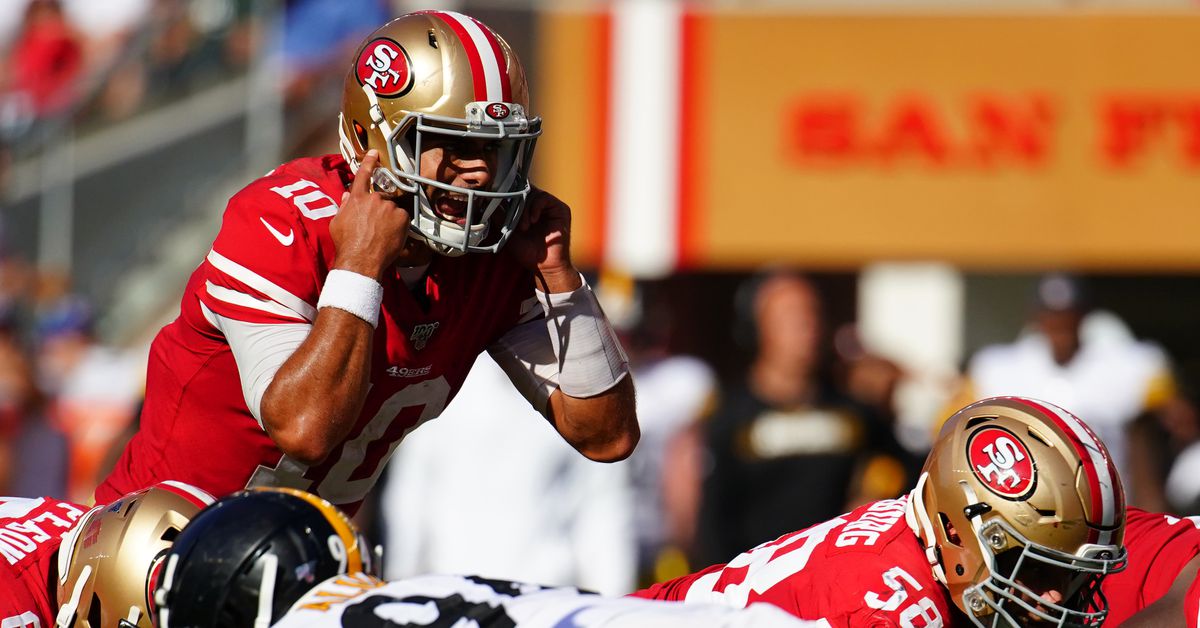 NFL Network’s Michael Giardi said on television on Friday that the 49ers asked QB Jimmy Garoppolo for the first round of the draft. This is similar to a report by Albert Breer of Sports Illustrated earlier this week. Giardi said that Pats has reportedly been “sniffing” another option near the center, but Told Garoppolo needs a first-round pick. This is the video:

It feels like Niners leaking information to increase the price of Garoppolo for QB budget-conscious teams such as Carolina, Chicago or Washington.

Giardi said that he is reading Bill Belichick and John Lynch and they will appear together at the professional football game in Alabama. If San Francisco knows it can get the second or third round from New England, then it makes sense to play this game with the media.

If John Lynch selects Jimmy G. as the first-round pick after missing most of the 2020 season, he will win the Executive of the Year. We have seen crazy trades happen to worse players.

Some people have read the latest leak, and unless they get a first-round pick from another team, the 49ers intend to keep Garoppolo. If they do, then in all the conversations with Mac Jones, can Shanahan sit Jones for a year? I want to think outside the box. Since Jones is a beginner, maybe Kyle wants him to have a year to sit down and watch.